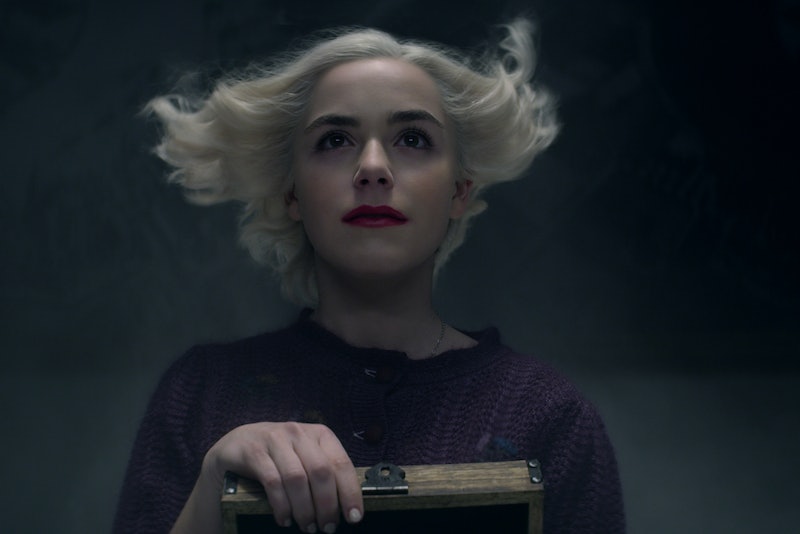 Following four seasons and one Christmas special, Chilling Adventures of Sabrina is coming to an end. Netflix announced in July that Part 4 will be the show's final season, giving the writers eight more episodes to close out the series. "I'm grateful to our partners at Netflix, Warner Bros., Berlanti Television and Archie Comics for letting us tell the story we wanted to tell, the way we wanted to tell it," creator Roberto Aguirre-Sacasa said at the time.

Though Netflix didn't reveal the reason for CAOS' cancellation, star Ross Lynch (Harvey Kinkle) blamed it on the pandemic. Amid COVID, the streaming service canceled several previously renewed shows. "We probably would have had 10 more episodes had COVID not happened,” Lynch told NME.

Aguirre-Sacasa had also been hopeful that the show would receive a Part 5 so it could finally cross over with Riverdale. "Thank you for all the love, #sabrinanetflix fans. Part Four is our best yet and Part Five, 'Witch War,' would've been AMAZING. To be continued in the pages of #CAOS comic book..." he tweeted in July, referring to the comic book series CAOS is based on.

This doesn't necessarily mark the last of the Spellmans, though. "As Zelda says in Part Four: 'There is no death for witches. Only transformation," Aguirre-Sacasa teased on Instagram in September. "The story of the witches of Greendale isn't over. We still have Part Four, waiting for you, with the Eldritch terrors. And after that... Well, come closer and I’ll tell you a secret..."

He hasn't revealed what that secret is yet, but there's always a chance that Sabrina will pop up on The CW's Riverdale, which exists in the same universe as CAOS. Season 5 of the series, which returns in January, will have a zombie/resurrection theme, so perhaps we'll see a few familiar faces.

It should also be noted that the CAOS characters are property of WarnerMedia, which owns HBO Max and could potentially revive the series for the fifth season that Aguirre-Sacasa had in mind, like it did with TBS' Search Party. Either way, it sounds as if there's more CAOS to come in some form or another.