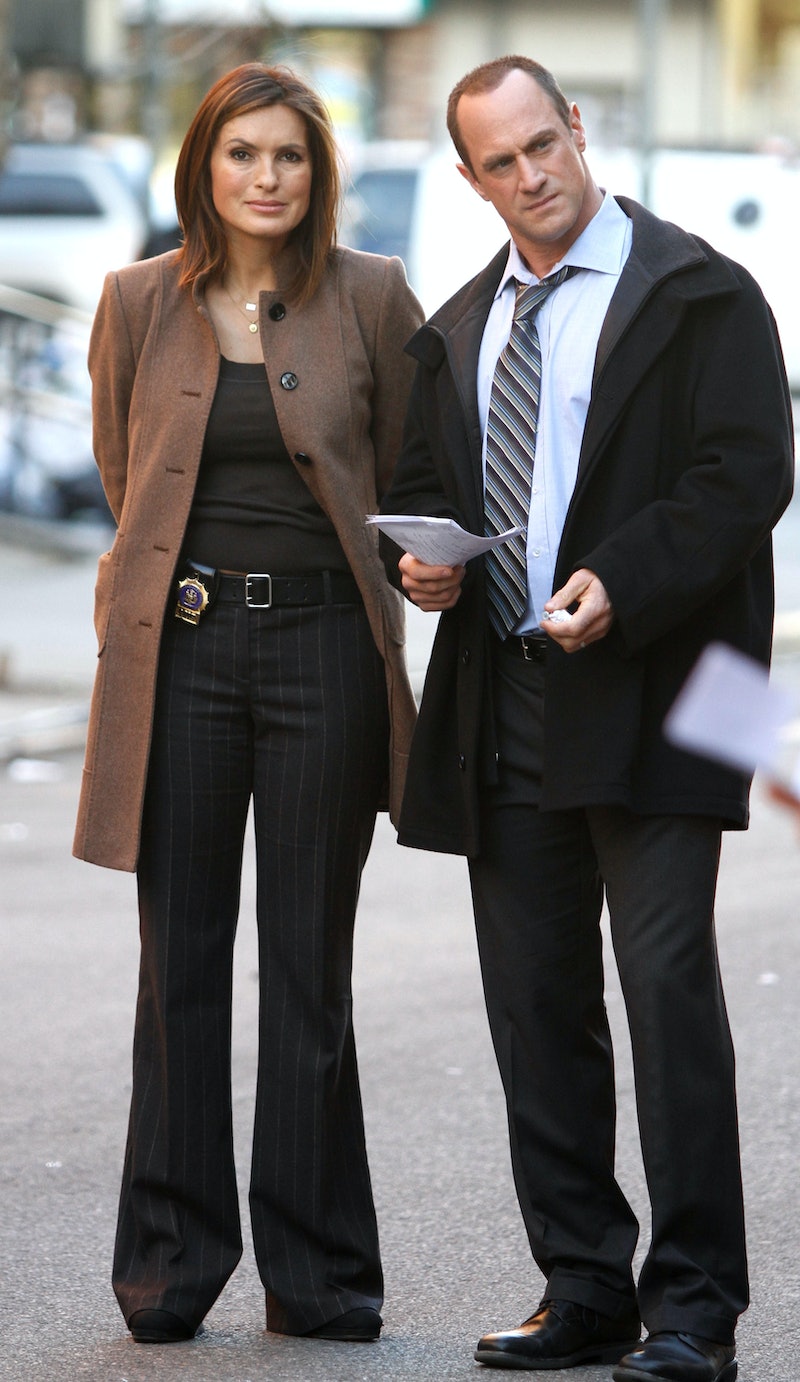 Olivia Benson and Elliot Stabler have joined forces once again. Law & Order: SVU stars Christopher Meloni and Mariska Hargitay reunited for a super cute selfie on Instagram, giving fans a hint at what their eventual onscreen reunion will look like. Though they haven't started filming yet, the two former co-stars will share a screen once more in Meloni's forthcoming Law & Order spinoff series subtitled Organized Crime. And Hargitay's post on Sunday, July 19, included only of a very brief caption: "It's on."

The photo comes just weeks after Meloni himself confirmed that the latest addition to the Law & Order franchise would involve a reunion between his character Detective Elliot Stabler and Hargitay's Olivia Benson — something that many longtime fans have wanted to see ever since Meloni departed from his SVU role almost a decade ago.

“Benson and Stabler are inextricably linked, locked and connected,” Meloni recently told the New York Post. in early July. “I think there is truly and deeply a worthwhile, inherent drama in exploring that relationship and the complexity of how Stabler left — the unresolved emotions both characters feel and how the fans feel.” The actor also said that he hoped this new project would be an opportunity to right the wrong of how Stabler initially left the show. “How my character left was really unsatisfying, I think,” he continued, while teasing that he's open to the idea of having several crossover episodes takes place between the two worlds of SVU and Organized Crime. “People will always be hungry to see how we interact and how that dynamic has changed.”

The last time viewers saw Stabler was at the end of Season 12. After negotiations with Meloni's contract fell through, his character was written off at the start of Season 13, with Stabler having retired from the police force. It was a shocking reveal that left both audiences and Benson devastated. But now, thanks to the Stabler-centric new series now in the works, Stabler and Benson will once again be back to solving cases as if almost no time has passed.

The spinoff series is scheduled to air sometime this fall, though given the ongoing COVID-19 outbreak, a precise premiere date remains unclear. However, according to the official logline provided by TVLine, the story will follow Det. Stabler as he “returns to the NYPD to battle organized crime after a devastating personal loss.”

As for what that personal loss could be, that's one mystery we're left to solve on our own.