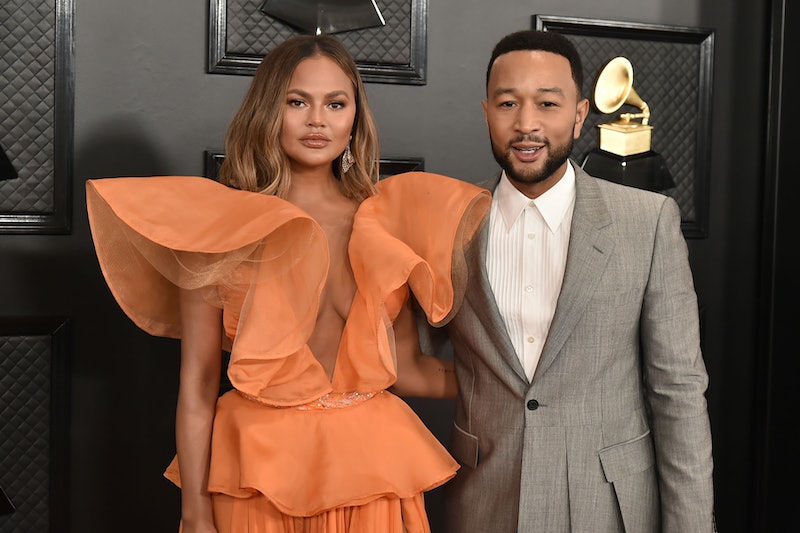 When it comes to the safety of her family, Chrissy Teigen isn't taking any chances. Amid ongoing conspiracy theories and accusations surrounding her supposed involvement in the Jeffrey Epstein scandal, Chrissy Teigen recently blocked one million users on Twitter after the trolling and constant harassment became too much to bear. "I have block chained over one million people, ONE MILLION people today and I am still flooded with sick psychopaths," she tweeted on Wednesday, July 15. "So please, spare me the 'just ignore them, they're just trolls."

In addition, the model and entrepreneur has also deleted over 60,000 of her own tweets in the hopes that it would prevent — or at least lessen — conspiracy theorists from using them as so-called "evidence" of her alleged connection to Epstein and his associate Ghislaine Maxwell. "I actually deleted 60,000 tweets because I cannot f*cking STAND you idiots anymore," Teign tweeted on Tuesday, July 14. "I’m worried for my family. Finding me talking about toddlers and tiaras in 2013 and thinking you’re some sort of f*cking operative."

Speculation about Teigen's ties to Epstein and Maxwell center around unsubstantiated claims that Teigen's name is listed on flight logs to Epstein's private plane. "You're on the flight log. #GislaineMaxwell #EpsteinIsland," one Twitter user tweeted at Teigen on Wednesday, July 8, to which Teigen responded saying, "if we wanna play with your lie just for fun, do you understand that if I were on the flight for the date of this 'manifest', I'd be a victim."

The harassment Teigen is facing has skyrocketed in recent weeks due to the July 2 arrest of Maxwell, who has been charged with sex trafficking. She has since pleaded not guilty. However, it seems that despite the fact that Teigen has never formally been accused of having any ties to the Epstein scandal, her online haters refuse to back down, which is prompting Teigen to consider leaving Twitter altogether.

"If twitter doesn't do something about this *actually scary* harassment, I am gonna have to go [leave Twitter]," she tweeted on Tuesday, July 14. "I have a family and job and there are too many to target. I've tried everything. every lawyer says it will take many years and not change a f*cking thing. because they will ALWAYS be crazy."

Teigen isn't the only celebrity being targeted by these Epstein conspiracy theories. Tom Hanks has reportedly also been baselessly accused of flying in Epstein's private plane, according to Reuters. Hopefully the lack of evidence will be enough to dissuade conspiracy theorists from further harassing America's Dad and the Queen of Twitter.

More like this
Chrissy Teigen & John Legend Reveal Their New Baby’s Name & Share First Photo
By Stephanie Topacio Long and Jake Viswanath
Britney Spears Shared The Real Reason She Shut Down Her Instagram Account
By Brad Witter
Twitter Is In Awe Of Taylor Swift’s “Lavender Haze” Music Video
By Jake Viswanath
Jennifer Coolidge Hunted For Jewels & Lashes In J.Lo’s Hotel Room
By Jake Viswanath
Get Even More From Bustle — Sign Up For The Newsletter
From hair trends to relationship advice, our daily newsletter has everything you need to sound like a person who’s on TikTok, even if you aren’t.