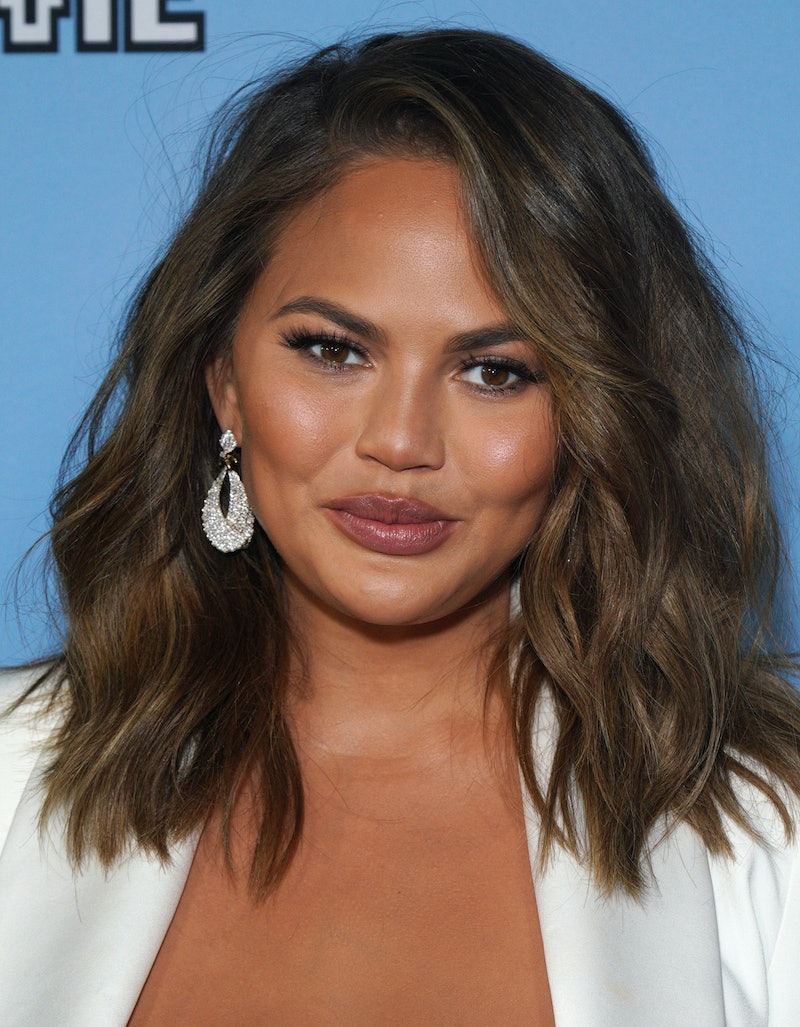 Just days after posting an emotional essay about grief, Chrissy Teigen revealed a tattoo tribute to son Jack following her September pregnancy loss. The model-turned-entrepreneur shared a picture of her new ink via her Instagram story on Saturday, Oct. 31, and it showed Jack's name etched onto her wrist in cursive. His name appears above another family tribute tattoo, reading, "John - Luna - Miles." The latter is a nod to her husband, John Legend, their 4-year-old daughter, Luna, and 2-year-old son, Miles.

On Sept. 30, Teigen and Legend shared the sad news that they'd lost Jack due to pregnancy complications. The doctors "were never able to stop the bleeding" and get the baby the necessary fluids after hospitalization "despite bags and bags of blood transfusions," they wrote via Instagram. The couple opened up about their grief to fans, sharing, "We are shocked and in the kind of deep pain you only hear about, the kind of pain we’ve never felt before."

The two added that while they don't usually decide on babies’ names until the last possible moment, they'd both started calling the baby Jack in anticipation. Teigen wrote: "Jack worked so hard to be a part of our little family, and he will be, forever."

The cookbook author, who received an outpouring of support from friends and fans, took a step back from social media to grieve following the loss. On Thursday, Teigen published an emotional essay about the pregnancy loss on Medium, revealing that she'd been diagnosed with partial placenta abruption and told that her life would've been at risk if the pregnancy had continued. The model wrote about the heartbreaking experience of having to let go, writing: "I cried a little at first, then went into full-blown convulsions of snot and tears, my breath not able to catch up with my own incredibly deep sadness. Even as I write this now, I can feel the pain all over again."

The heartfelt essay, which also thanked everyone who sent well wishes in real life and on social media, stated: "The moments of kindness have been nothing short of beautiful." Teigen posted the essay on Instagram as well, writing in the caption that she wanted to share her experience as part of returning to life online.

"I don’t want to ever not remember Jack," she added.