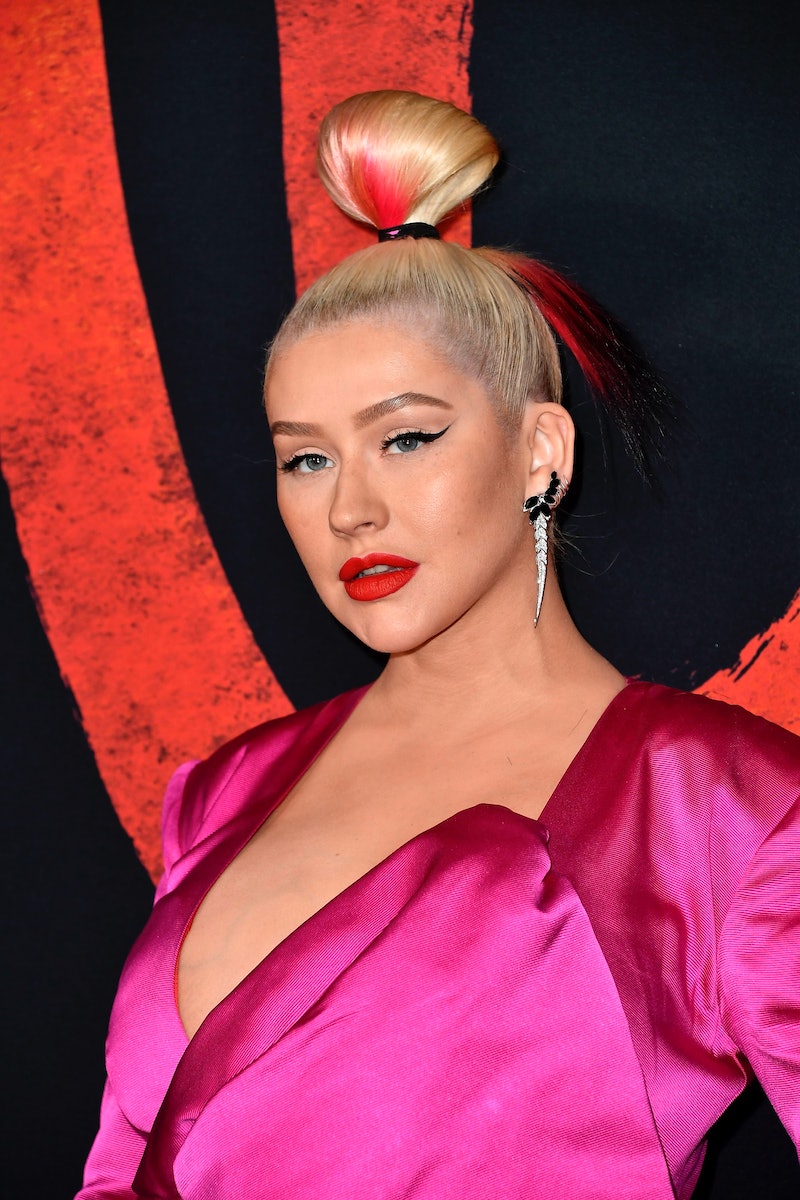 Following the release of the Disney+ live-action remake, Christina Aguilera got nostalgic watching Mulan with her kids, calling the film, "a beautiful thing to share that with my children now." On Friday, Aguilera live-tweeted watching the film for the first time, revealing "My kids know about #Mulan but they haven’t seen the live-action version yet."

The original animated version of Mulan premiered in 1998, and featured Aguilera's breakout hit "Reflections," recorded when the star was just a teenager, as per Billboard. Recently, Aguilera discussed the legacy of the track on Twitter, revealing that during the re-recording, she felt, "a new sense of pressure" to add "new elements" to the classic song. She also shared that the song "holds so much meaning and importance to me." The star tweeted that the re-recording was "actually very emotional" for her as she, "realized & appreciated how much has changed from the original place & time I recorded this song."

Mulan, which was originally slated to premiere in theaters on July 24, had its release postponed several times by the COVID-19 pandemic, according to Variety. Disney+ ultimately decided to make the film available to subscribers for an additional fee of $30. Aguilera was among the people enjoying the movie from the comfort of her own home, tweeting, "Cozy blanket to snuggle up with kids?... popcorn, kids snacks...dim room, candles lit mood...happy to be nowhere else in the world."

It's clear the film holds a special place in the singer's heart. She even shared several of her favorite moments from the film on Twitter. Aguilera wrote that she loved Mulan's opening scene, saying it's "a fun visual scene & telling moment," even though she loves, "a good makeover/ glam moment personally." She added that she appreciates, "Mulan’s desire to remain true to how she feels."

The singer added that her daughter could also relate to Mulan in the opening moments of the film, writing that as a mom the scene reminds her, "how she resists me at all costs to fuss with her hair or wear any type of dress." She continued that the film gives her, "a deeper sense of appreciation and acceptance" for who her daughter is and the, "unique, special person she feels comfortable to be."

Fans also wanted to know if the singer saw any of Mulan in herself, to which she answered that, much like the fearless protagonist, she'd "always been a Fighter" who defends "truth and meaning." When the singer wrapped up watching the movie, she wrote: "That was so much fun. Thank you Disney for always being a special family to me."

Before signing off for the evening, Aguilera acknowledged the special role Disney has had in her career, writing, "Once a Disney girl, always a Disney girl."