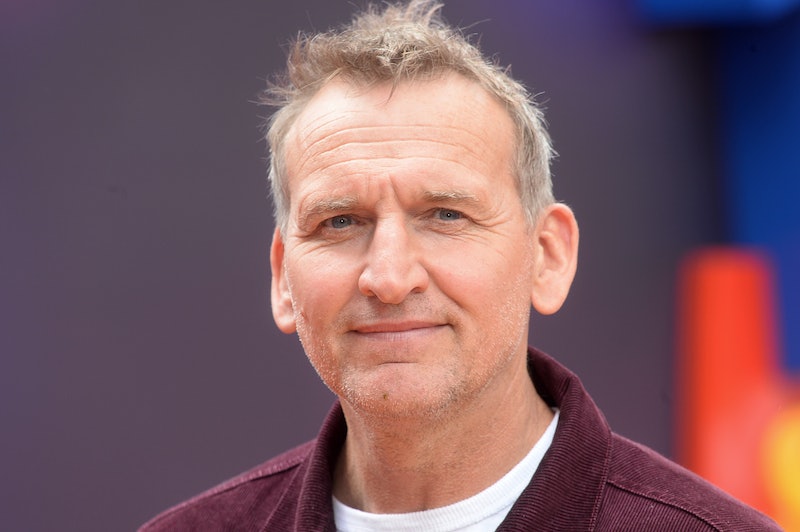 A decade and a half after he first played the alien Time Lord, Christopher Eccleston is reprising his role as the Ninth Doctor in a new audio drama series per Radio Times.

Produced by Big Finish Productions, in association with BBC Studios, the series will feature twelve new adventures with a full-cast and will be released over four box sets starting in May 2021. "After 15 years it will be exciting to revisit the Ninth Doctor's world, bringing back to life a character I love playing," the actor said in a statement.

It's yet to be revealed who will be joining Eccleston in the series and whether it'll include Billie Piper (who played the Doctor's companion Rose Tyler), but according to Big Finish it "promises to be, once again, the trip of a lifetime."

Eccleston expressed interest in returning to the role at a convention to Big Finish's chairman Jason Haigh-Ellery at a Doctor Who convention in early 2020. "Christopher said he was enjoying meeting the fans and was pleased that this Doctor was remembered so fondly," Ellery said. "Over recent months, ideas have been exchanged and discussions had. I am so pleased [he] has decided to return to the role with us."

Titled Doctor Who: The Ninth Doctor Adventures, the series is available for pre-order in a collector's edition boxset from £19.99 each, or limited edition triple LP vinyl at £35.99 each which both include behind-the-scenes extras.

More like this
Everything To Know About The 'Daisy Jones & The Six' TV Series
By Maxine Harrison and Brad Witter
Turns Out George Clooney Is A Huge Fan Of This Classic British Game Show
By El Hunt
'Abbott Elementary' Fans Probably Missed This 'Parent Trap' Easter Egg
By Sam Ramsden
Yes, 'The Price Of Glee' Is Available To Watch In The UK
By Catharina Cheung
Get The Very Best Of Bustle/UK
Sign up for Bustle UK's twice-weekly newsletter, featuring the latest must-watch TV, moving personal stories, and expert advice on the hottest viral buys.