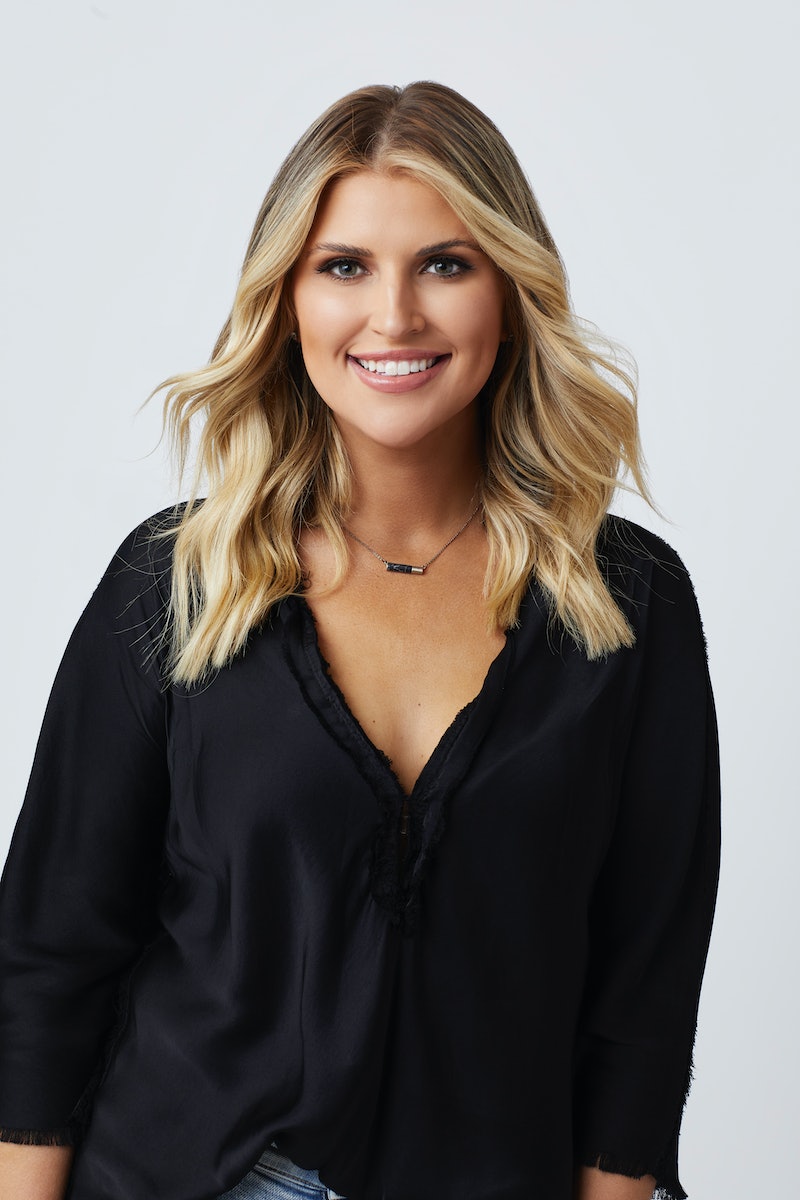 Claire Heilig will definitely leave an impression on Bachelor Clayton Echard — just maybe not the one she was hoping for. In a teaser for the premiere episode, she spots Clayton kissing one of the other women in the cast and promptly announces, “Game on, b*tches.” Drama ensues from there, and according to Bachelor blogger Reality Steve, it “does not end well” for Claire.

It was likely just an off night for the 28-year-old single mom. Her ABC bio describes her as a “charming, outgoing, and unapologetic woman with a big personality” who “grew up quickly as a single mother but credits her son as her greatest achievement.”

Here’s everything else to know about the Virginia native.

Though ABC lists Claire’s job as “spray tanner,” that’s only a small piece of the puzzle. She does indeed work at the Island Toned luxury tanning studio, where she started in June 2021. But according to LinkedIn, her full-time job is as the Regional Director of Cosmetics at Anne Arundel Dermatology, where she’s worked since February 2021.

Claire has also done some modeling, appearing in a Virginia Beach bridal show as well as in an ad for a pillow company called Pilozz. And she has previous experience as a dental sales rep in addition to working as a server at The Melting Pot.

Beyond that, Claire is a musician who most recently released a cover of Kelsea Ballerini and LANY’s “I Quit Drinking,” with fellow artist Chris Keys. She’s also a member of the band Southbound, whose influences and current set list span ‘90s country, classic rock, alternative rock, and modern country. Among the covers they’ve shot music videos for are Gone West’s “What Could've Been,” Brett Young’s “Mercy,” and Morgan Wallen’s “Chasin’ You.”

Aside from sharing new music, Claire uses Instagram to showcase her close bond with her 5-year-old son Cayson, who was born in March 2016 and started kindergarten in September. She’s posted pictures of them dressing up as Spider-Man and Super Girl for Halloween, spending time at the pool, and going to a carnival in the rain. On Cayson’s fifth birthday, Claire shared an emotional post, writing, “I love you so much Cayson! You have the sweetest soul, I don’t know what I did to deserve you but I’m so lucky to be your mama.”

When she’s not spending time with her son, Claire also enjoys “girls’ night singing along to country music, trying out a new restaurant, or enjoying a bonfire.” A few other fun facts about Claire: she loves ranch dressing with her buffalo wings, gets angry at people who don’t wear deoderant, and counts How to Lose a Guy in 10 Days among her favorite movies.

What Claire’s Looking For

Claire hopes that going on The Bachelor and removing the “distractions of life and work” will help her find a soulmate “who is supportive and doesn’t hold her back.” Her ideal partner must also want a family because she’s “hoping for more babies in the future.”