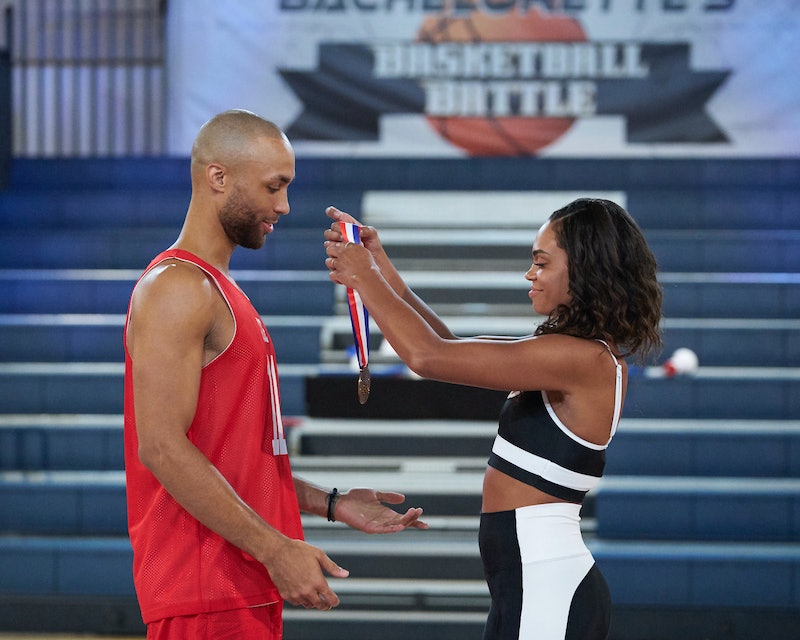 Despite ghosting Michelle on Instagram before joining her cast of The Bachelorette, Joe Coleman has quickly become a frontrunner on the season. In the Oct. 26 episode, Michelle awarded him both the group date rose and the title of MVP for the men’s basketball game. And as is clear from the season trailer, he’ll be sticking around for at least a few more weeks.

The sneak peek shows Michelle and Joe on a one-on-one date at a Minnesota Twins baseball game against the Tampa Bay Rays, where it was reported that they threw out the first pitch and shared a passionate kiss. The game took place on Aug. 15, which would have fallen just over two weeks into filming and likely around the fourth rose ceremony.

Beyond having obvious chemistry with Michelle, Joe’s background will likely propel him far into the competition. Like Michelle, he’s a former college basketball player who grew up in Minnesota (he’s from Minneapolis, while she’s from the nearby town of St. Louis Park), establishing common ground and a shared sense of identity between the two.

He and Michelle may have also inadvertently dropped a major hint about their current relationship status, as they both shared Instagram Stories from the Minnesota Vikings game in Minneapolis on Oct. 31. They seemed to be sitting in different locations at the game. But the person who Michelle went with — whose photo she reposted on her Stories — curiously seems to be connected to Joe, as they mutually follow each other on Instagram.

Another clue eagle-eyed fans spotted on Instagram is that Joe edited the caption of a 2019 Instagram photo to include the same Maya Angelou quote (“People will forget what you said, people will forget what you did, but people will never forget how you made them feel”) that Michelle referenced on Matt James’ season of The Bachelor. Joe apparently changed the caption a few weeks after filming for The Bachelorette wrapped, but it’s unclear what the edit included. On the same Bachelor Nation forum, another viewer noted that a friend Michelle appeared in a group photo with had liked and commented on one of Joe’s Instagram photos, though she doesn’t follow him.

All of that being said, it’s likely that Joe and Michelle already had a few mutual friends and acquaintances before the show, given that they’re from the same area. Whether or not Joe will indeed be the one to land Michelle’s final rose, we’ll have to keep watching.