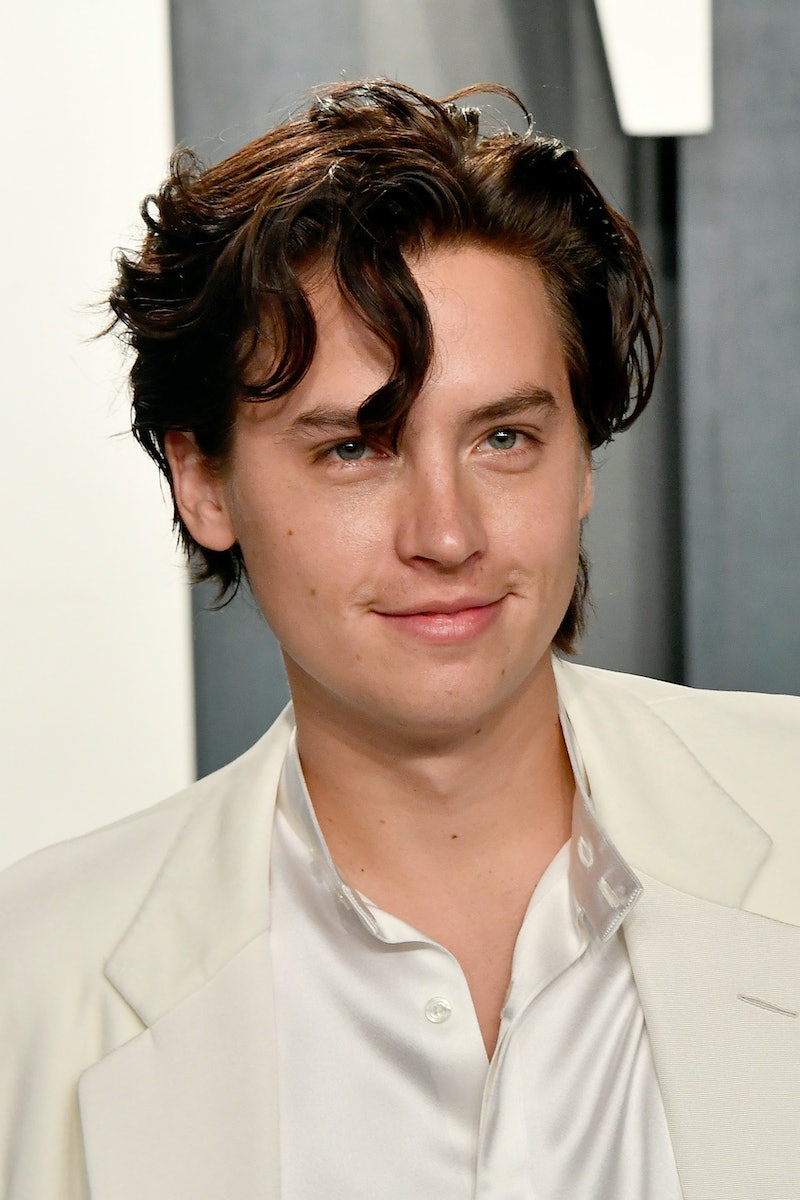 Sorry, Sprousehart fans, but it seems Cole Sprouse might be dating model Reiña Silva — though neither star has officially confirmed the romance. In photos obtained by Just Jared, Sprouse and Silva were spotted sharing an embrace in Vancouver, Canada, on Sunday, Oct. 25. The model was photographed with her hands inside the actor's jacket while the Riverdale star reportedly planted a kiss on her cheek. Despite the two staying mum about their status, it's entirely possible that they've gotten to know each other better since earlier this month, when Silva posed for photos taken by Sprouse himself.

On Oct. 11, the actor shared images from his photoshoot with Silva on Instagram, writing, "Zealotry in the country, new portfolio work for Cole." He also shared a picture of the model posing in front of a Canadian mountainside on his account, writing, "Last leaves of bc." Silva also shared the photos on her Instagram account, writing, "a beautiful day spent in the Fraser Valley, captured by @colesprouse."

While the pictures make it clear that the rumored couple has known each other for at least several weeks, Sprouse is a prolific photographer, and neither one of them hinted at any sort of romance in their pictures or captions. If the rumors turn out to be true, this would be Sprouse's first relationship since confirming his split from Riverdale costar Lili Reinhart back in August.

Sprouse, who typically keeps details of his romantic life private, said in his August statement that he and Reinhart decided to go their separate ways in January of this year, followed by a more permanent split in March. "What an incredible experience I had," the Five Feet Apart actor wrote alongside a photo of Reinhart on Instagram. "I'll always feel lucky and cherish that I had the chance to fall in love." He wished his former girlfriend "nothing but the utmost love and happiness" and encouraged fans to see Reinhart's film Chemical Hearts, which premiered this summer.

Reinhart and Sprouse, who play love interests Betty Cooper and Jughead Jones on Riverdale, were first linked in 2017. Initially, Sprouse hesitated to make their relationship public, telling Seventeen that dismissing or encouraging dating rumors gives people who feel "entitled" to his personal life "more power." It's likely the actor will take the same approach with his next relationship, so if you're for waiting for him to address this new round of rumors, it might be a while.