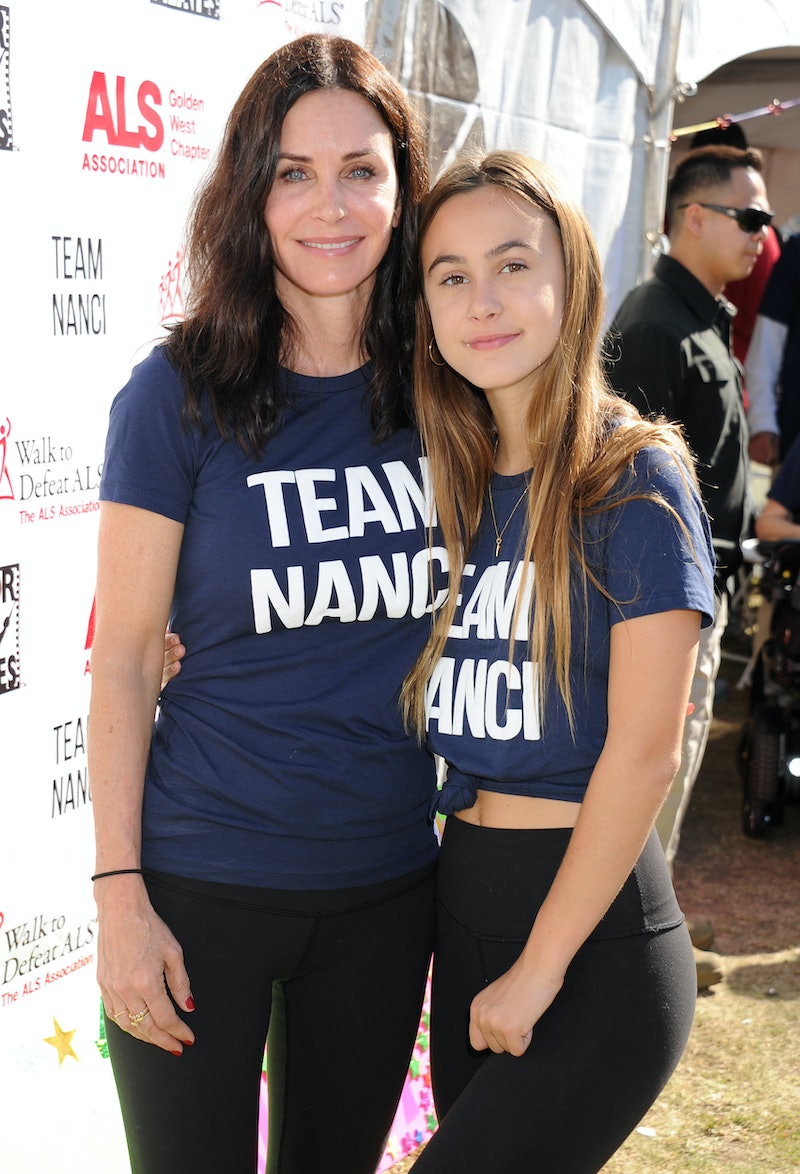 Musical talent runs in the Cox family. On Saturday, May 8, Courteney Cox and daughter Coco Arquette covered Taylor Swift’s “Cardigan” in an Instagram video, much to the delight of the former Friends star’s famous friends. In the video, Coco sang the Folklore track while her mother accompanied her on the piano, with the musician Joel Taylor joining to play guitar. Throughout the performance, the actor can be seen proudly glancing at her daughter, and then giving her an encouraging nudge at the end.

Cox captioned the Instagram video with a Mother’s Day message, writing, “Happy Mother’s Day to all those out there who are mothers, have been mothers, will be mothers, or love like mothers.” The Cougar Town alum also teased that the post was a glimpse at her upcoming Facebook Live show, 9 Months With Courtney, which premieres on Sunday, May 9.

Many of the star’s friends commented on the Instagram post praising the performance, including Queer Eye star Tan France, who wrote, “She sings so beautifully.” Natasha Bedingfield added, “I love how your looking at her. So much love in that look.” Reese Witherspoon chimed in as well, commenting, “Ahhhh- mazing!! Go @cocoarquete,” while Game of Thrones star Lena Headey wrote, “This is beautiful ... that look of LOVE.”

In March, Cox shared another video of her playing piano with Taylor on Instagram, covering Justin Bieber’s “Holy.” The actor’s friends were equally impressed with this performance, with Bieber himself commenting, “Beautiful,” and Olivia Munn writing, “Obsessed w your skills.” Cox even started taking requests from followers, performing the Friends theme song “I’ll Be There for You” by the Rembrandts on Feb. 17. One month later, she also played Harry Styles “Falling” on Instagram at fans’ request.

Coco, whom Cox shares with ex-husband David Arquette, has been her mother’s musical collaborator in the past as well. Also in March, Cox performed a duet of Demi Lovato’s “Anyone” with Coco, joking that music was the only way she got to spend quality time with her daughter. “When you have a teenager you barely get to see them. So much negotiating,” Cox wrote in the caption. “Coco traded me one song if I let her go to a party. I took it.”