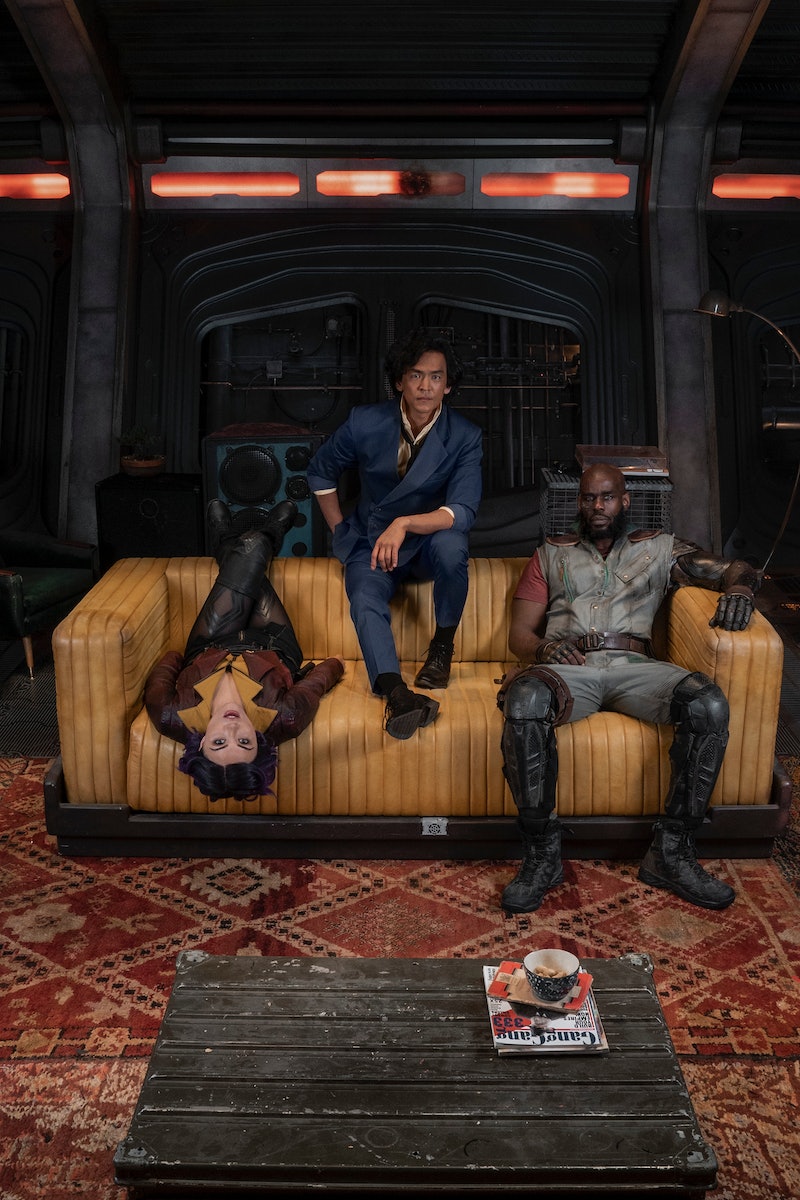 Netflix’s Cowbop Bebop turns a Japanese anime into a live-action space Western. The original animated series premiered in Japan in 1998, following a ragtag team of bounty hunters chasing criminals across the solar system in 2071. It aired 26 episodes and one feature film, gaining popularity and later being hailed as one of the greatest animated television series of all time.

To prepare, Nemec and the team spent hours watching and re-watching the anime as well as movies that had influenced director Shinichirō Watanabe when he was developing the series in the ‘90s. “People would come in for interviews and for meetings with their old school Cowboy Bebop t-shirts on,” Nemec told Polygon. “Everybody who worked on this show got the job because they were talented, and they deserved it, but everyone brought a certain level of fandom and reverence for the anime to the material that we did.”

Whether or not the Netflix show lives up to the original is up for debate, but many of the characters certainly look like their animated counterparts. Here’s a comparison.

Spike’s characterization is probably the most faithful adaption to the anime. The only glaring difference is the age: Spike is supposed to be in his late 20s, while actor John Cho is 49. The rest of Spike’s look is replicated in every way, from his signature blue suit to iconic long, unkept hair — which Cho grew out himself for the role.

There are a couple obvious changes between the anime and live-action version of Jet Black — beginning with the fact that actor Mustafa Shakir is Black. Beyond that, the wardrobe is different: instead of the blue outfit with silver shoulder pads Jet sports in the animated series, he wears a gray outfit with brown shoulder pads. However, his famous scar, eye implant, and cybernetic arm have all been carried over, as have his shaved head and beard. Shakir is just as big and bulky as the animated version of his character, imbuing his performance with intimidating physicality.

Faye Valentine’s characterization including the most drastic changes. Though star Daniella Pineda still rocks the character’s cropped yellow top and chopped purple hair, her burgundy leather jacket is securely worn instead of scantily draped off of her torso. Viewers will also notice Faye wearing pants or shorts with stockings underneath, as opposed to tiny yellow shorts with bare legs. Some fans of the original anime have voiced their displeasure with the less sexualized look, which Pineda responded to with a mocking apology posted to Instagram. She joked that she tried doing stunt work in the anime character costume, but it was “slurped up in my various crevices, never to be retrieved again."

Julia, the longtime comrade and later romantic partner of Spike, is a pretty spot-on interpretation of the anime character. Actor Elena Satine has the same long blonde locks, though she doesn’t appear to be sporting the soft, textured bangs Julia has in the original series.

Like Cho, Alex Hassell has a glaring age difference between himself and his anime counterpart. In the original series, Vicious is meant to be 27 years old, while Hassell is 41. Beyond that, though, the anime and live-action versions of the character look pretty similar. They both have snow white hair and wear a devilish black coat held together with pale golden segments. Completing the outfit is Vicious’ recognizable dark purple tie and long, slender sword.