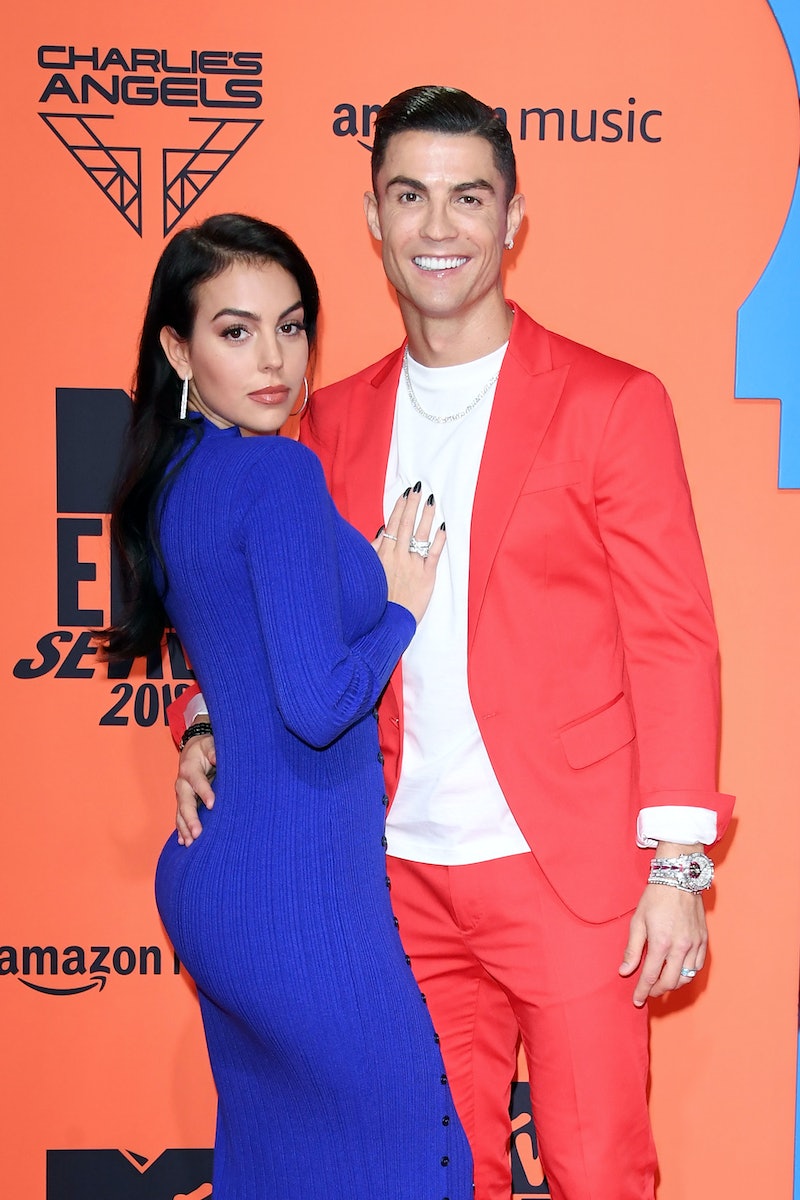 Primarily recognised as Cristiano Ronaldo’s partner, Georgina Rodriguez is set to change the narrative with a new docuseries. Aptly titled I Am Georgina, the model will take viewers on a journey through her day-to-day life from red carpet events and photoshoots to precious time with friends and family.

Rodriguez also uses the series as an opportunity to revisit her roots, tracing back her childhood to the city of Jaca, in northern eastern Spain. “It’s very important not to forget where I come from,” she said in the trailer for I Am Georgina. “I know what it’s like to not have anything, and what it’s like to have it all.” She spent the younger years of her life training as a dancer before decided to become a model after studying English in London, per The Sun. Eventually, the model would cross paths with world-renowed footballer Cristiano Ronaldo and before long the couple would forge a family together.

Having already welcomed their first daughter into the world, the couple announced in October 2021 that they’re expecting twins. “Our hearts are full of love – we can’t wait to meet you,” Ronaldo wrote on Instagram.

So with all that in mind, here’s a timeline of Cristiano Ronaldo and Georgina Rodriguez’s relationship – from how they met to welcoming new members to their ever-expanding family.

A year before the footballer cross paths with Rodriguez, he’d just come out of a five-year relationship with Russian model Irina Shayk, according to sports website Goal. A year later, Ronaldo met Georgina while she was working as a sales assistant at a Gucci store. They just so happened to pass each other one day while she was leaving work, and from the moment she saw him “it was a ‘click’ moment” as she recalled in the documentary, per SportBible. “I stopped and started to feel like tickles in the stomach.”

A few days later, the two met again during an event for another brand. “It was then that we could talk in a relaxed atmosphere, outside of my work environment,” she told The Sun. “It was love at first sight for both.”

Speaking to Grazia Italia in 2020, the model recalled what exactly drew her to Ronaldo that fateful day. “His height, his body, his beauty caught my attention. I was trembling in front of him, but a spark ignited,” she recalled (per Diario AS). “I am very shy and perhaps this stirred me more in front of a person who, with one glance, had touched me deeply.”

November 2016: They Are Spotted Together At Disneyland Paris

It may have been radio silence on Ronaldo and Rodriguez’s social media accounts at the time, but the pair were spotted together at Disneyland Paris in late November 2016. The footballer was seen trying to disguise himself in a wig, hat, and sunglasses but it didn’t take much for him to be recognised – especially when the pair were spotted walking arm in arm and kissing.

Neither had officially confirmed their relationship after being spotted together, but it became pretty clear they were an item when Ronaldo posted a photo of him and Rodriguez lounging on a couch on Instagram with a simple “❤”️ attached. From then on, she would become a regular addition to his Insta feed.

As for Rodriguez, the first snap she shared of Ronaldo came around the same time, which saw her posing with a group of friends after a J Balvin concert in May 2017.

In an exclusive interview with Hola!, Rodriguez confirmed that she and Ronaldo were expecting their first child together.

However, this came with some confusion as Ronaldo had only recently welcomed twins, Eva Maria and Mateo, via a surrogate in June, per the New York Post. A rep for Ronaldo would later comment that the footballer “will not share any reason as to why he chose a surrogate mother” and that he “is simply grateful that he now has twins.”

Ronaldo has stayed similarly private about the birth of his first son, Cristiano Jr. “People speculate I was with this girl or another, or there was a surrogate mother”, he explained during an appearance on The Jonathan Ross Show, adding that he’s “never told anyone and never will” – apart from his son. “When Cristiano [Junior] is going to grow up, I am always going to say the truth to him because he deserves it, because he is my son,” Ronaldo explained, “but I am not going to say because people want me to say.”

November 2017: They Welcome Their First Child Together, Alana Martina

The couple celebrated the birth of their daughter Alana Martina in Nov. 2017, with Ronaldo sharing a beautiful photo of the family in the hospital. “Alana Martina is just born! Both Geo and Alana are doing great! We are all very happy!” he captioned the post.

Later that month, the footballer revealed that he wants seven children, the same number of Ballon d’Or awards that he wants to win. “That means I do not intend to stop there,” he told The Sun. “As long as I play, I will win all I can win.”

Rumours began to circulate in 2019 that Ronaldo and Rodriguez had tied the knot in secret. Italian gossip magazine, Novella 2000, claimed the couple got married in November in Morocco, but sources close to the footballer at the time said it was untrue (via The Sun).

However, that’s not to say that marriage isn’t on the cards. During his episode of Piers Morgan’s Life Stories, Ronaldo said that he and Rodriguez will “be [married] one day for sure”, adding that it’s his “mum’s dream as well. So, one day. Why not?”

Rodriguez has also expressed her dream of marrying Ronaldo. Speaking to Hola! (via Metro), she said that while they’re putting their “priorities and responsibilities” first, she thinks it would be “marvellous to become Cristiano’s wife” in the future.

Ronaldo’s dream of having seven children is quickly coming true, as the couple revealed in October 2021 that they’re expecting twins. “We can’t wait to meet you,” Ronaldo captioned the post.

In another video, the footballer posted an adorable gender reveal with his kids. Like his first set of twins, Ronaldo and Rodriguez are expecting a boy and girl.

More like this
Natalia Dyer Just Revealed The Weirdest Thing About Her Charlie Heaton Romance
By Nola Ojomu
Harry Styles Opened Up About Olivia Wilde With A Rare Comment About "Trust"
By Sophie McEvoy
Ryan Reynolds Brought Some Famous Friends To Wrexham A.F.C's Last Game Of The Season
By El Hunt
Natalia Dyer & Charlie Heaton's Relationship Is Still Going Strong
By Allyson Koerner and Sophie McEvoy
Get The Very Best Of Bustle/UK