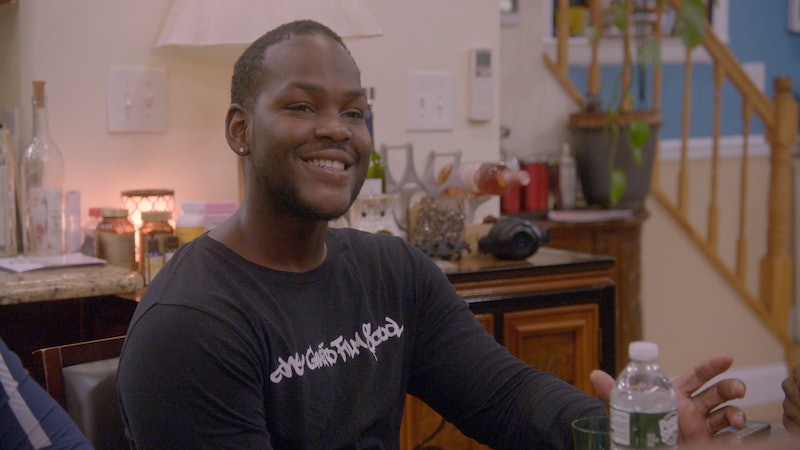 Another docuseries to add to your watchlist, Netflix's Deaf U follows the lives of a tight-knit group of Gallaudet University students, including athlete Daequan Taylor. Gallaudet is a private school in Washington, D.C. that caters to the Deaf and hard-of-hearing community. At the time of filming, Daequan was a busy graduating senior — he ran track and played football. “We were working on it about a year, from beginning to end,” he said of the show during a Television Critics Association press tour event, per IndieWire. "I think at the time, I had 45 different responsibilities, so many different little jobs I was doing around campus."

Each Deaf U cast member intentionally displays the "diversity and layers" of the Deaf community, series producer Nyle DiMarco told press. And unlike DiMarco, who's a fourth-generation deaf person, Daequan is the first to experience hearing loss in his family.

“I was born hearing, but at the age of six I got really sick,” he said during the virtual press event. A seizure broke a bone in his left ear, which grew back over his eardrum, causing his deafness. “But my whole life I grew up speaking with everyone," Daequan added. "I never signed." Until he arrived at Gallaudet, that is. It took him two years to learn American Sign Language completely, and he interchangeably signs and speaks.

"I'm from a hearing culture. I don't sign all the time. I talk," he says in the series trailer. According to his athletic stats, he grew up in Hampton, Virginia. “I get to bring in a new deaf culture," he added at the press event. "I’m sticking up for a new generation and a different history, culture, ethnic group.”

On Aug. 23, he shared an Instagram photo of him playing football on Gallaudet's field, writing, "Missing it." His grid only features a few posts, mostly of his time at Gallaudet and photos with friends and family.