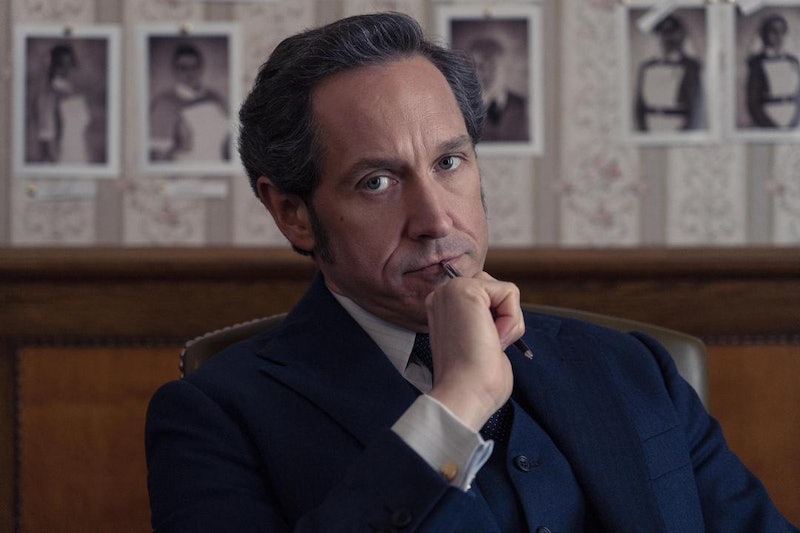 Spoilers ahead for Dalgleish season one. For two decades, Roy Marsden portrayed the no-nonsense Inspector Adam Dalgliesh across several series for ITV. Adapted from P. D. James’ crime novels, the series became intertwined with Marsden – and vice versa. But thanks to a new adaptation by Channel 5, another actor will soon be filling those shoes.

Consisting of six episodes (three two-part films), Dalgleish will see Bertie Carvel (Doctor Foster) take on the role of Inspector Dalgliesh in this adaptation. With 14 books to choose from, the creators behind Dalgleish chose to focus on three written at the beginning of James’ criminal writing career: Shroud for a Nightingale (1971) for episodes one and two, The Black Tower (1975) for episodes three and four, and A Taste For Death (1986) for episodes five and six. It’s unclear whether other books in the series will be touched upon, or if they’ll be left for a potential second series.

Either way, it seems these three books were chosen explicitly for their “incredibly strong” storylines, which include “crimes cleverly thought through,” according to executive producer Elaine Pyke.

Each book is your typical murder-mystery whodunit with Inspector Dalgliesh set the seemingly impossible task of unmasking the culprit.

In the series’ first two episodes, Shroud for a Nightingale, the inspector is tasked with investigating the murder of a student nurse at a local teaching hospital called Nightingale House.

The death of Heather Pearce – who was poisoned during a routine practice procedure – is quickly followed by another. Josephine Fallon is said to have died by suicide. Dalgleish begins to dig into the shady goings-on of Nightingale House and soon suspects Sister Brumfett, on of the supervisors on site. Brumfett confesses as much in a note left at the scene of a fire, in which she was found dead.

Dalgleish suspects foul play in Brumfett’s death, and starts to dig deeper. His suspicions are soon turned on Matron Mary Taylor after the discovery that Martin Dettinger – a patient who died while being looked after by Heather Pearce – had recognised Matron Taylor from his time as a soldier in Germany. He revealed she was Irmgard Grobel, a nurse charged with war crimes in Felsenheim after killing 122 Polish prisoners with lethal injections.

Grobel was presumed dead but now Dalgleish knows she was living in disguise as Matron Taylor at Nightingale House. However, it turns out that Pearce had mistaken Brumfett for Grobel and begun to blackmail her. So Brumfett killed Pearce and, later, she murdered Fallon to confuse the inquiries. Finally, Taylor killed Brumfett to make sure everything was taken care of.

Once Taylor learns that Dalgleish is onto her, she resigns her post and commits suicide.

Aside from the murder mysteries at the heart of Shroud for a Nightingale and the other books this adaptation focuses on, the story also features a personal arc for Dalgleish, who starts the series as a widower after losing his wife in childbirth. Following a few failed relationships due to his fear of commitment (and loss), he eventually settles down with Cambridge lecturer Emma Lavenham, whom he marries in the final book of James’ series, The Private Patient published in 2008. It’s not clear whether the Channel 5 series will follow this thread alongside the mysteries that Dalgleish is hired to solve, but there’s definitely enough background there for his story to be fleshed out for future seasons.