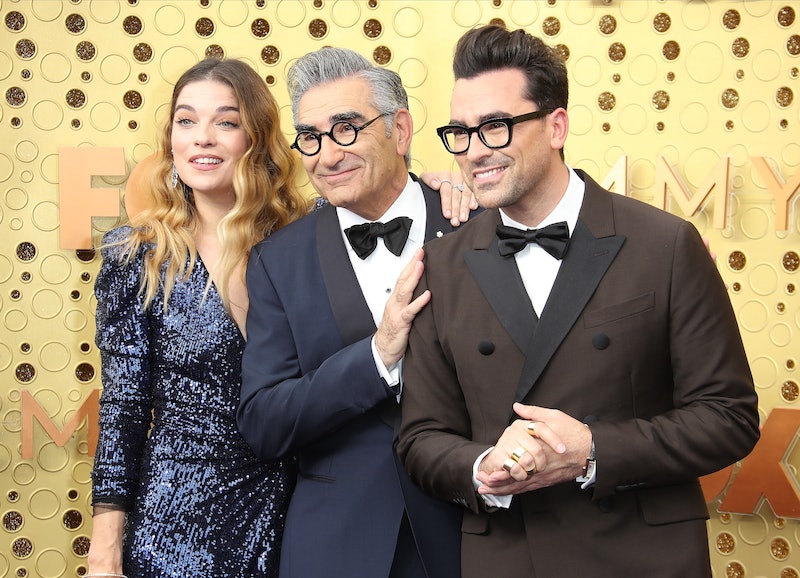 Following a night of historic wins at the Emmy Awards, Dan Levy opened up about a potential Schitt's Creek movie, revealing which actor has been dying to star in a film adaption of the hit sitcom. Schitt's Creek, which follows a formerly wealthy family stranded in a small rural town, their last remaining asset, premiered in 2015 and recently aired its sixth and final season. On Sunday, Sept. 20, Schitt's Creek dominated the Emmys, sweeping all the comedy awards and raking in 9 awards total, the most ever for a comedy series in a single year, per The New York Times.

Levy, who won four awards himself, was still basking in the glory of his wins after the show, telling Variety, "this is the best possible way we could have ended the show." As for a potential movie adaptation, the writer cautioned that "if there is an idea" for a sequel, it would have to be deserving of the cast's talent.

Annie Murphy, who also won an Emmy for playing Alexis Rose, had a slightly different perspective, saying she is more than prepared for any movie role. In fact, the cast joked that Murphy had pitched "five or six" ideas for the potential sequel despite getting "no response yet." And she wasn't the only Schitt's Creek star asking for a movie sequel. Karen Robinson, who played Ronnie, added, "I hope there's a movie. I need the job."

Levy declined to confirm or deny whether a film would happen, but he did note that he would "love to work with these beautiful people again." He added, "This has been the most incredible experience."

Instead of focusing on any potential continuation of Schitt's Creek, the cast spent most of the night enjoying their win. Speaking with E! News, Eugene Levy revealed that both his son and his wife had reminded him that, while he had only won 3 Emmys "over 40 years," Levy got "four in one night." That said, the actor couldn't help but gush over his son, telling E!, "He kind of really transformed the show, infusing his own believes and everything that he believed in. And the show morphed in such a beautiful direction, very positive direction for a lot of people, and I just could not be prouder of that boy."