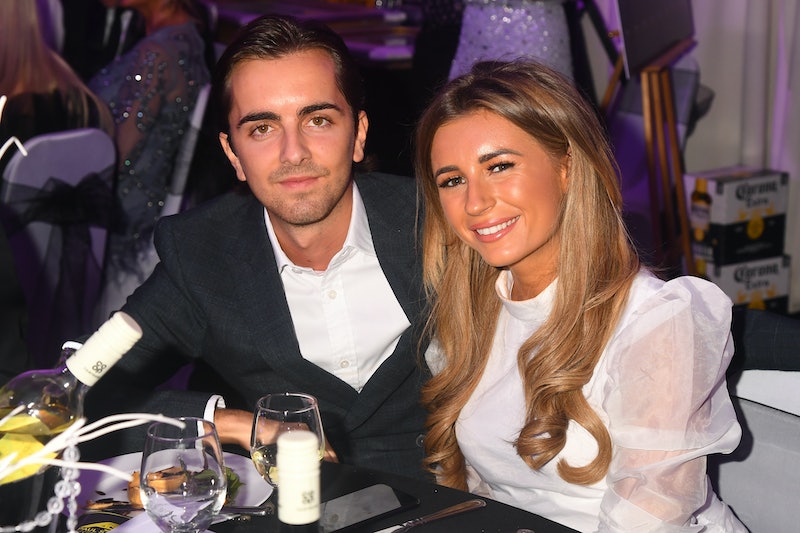 Since winning Love Island in 2018, fans of Dani Dyer have tracked her elevation to reality TV star queen. She’s released her own book and appeared on Celebrity Gogglebox with her dad Danny Dyer. While her Love Island relationship with Jack Fincham didn’t last, she revealed to fans that she’d found new love with stockbroker Sammy Kimmence in 2019. Now Dyer has announced she’s expecting her first baby with Kimmence via a touching post on Instagram. “Sammy and I are excited to start this next chapter in our lives,” she wrote.

The Sun first reported that Dyer was dating Kimmence in April 2019 after her split from Fincham in December the previous year. Dyer and Kimmence dated for ten months before it was reported that they parted ways. However, in April 2020, the Sun said they were back together. A source told the publication, “Sammy wasn’t going to let her walk out of his life without a fight and begged her to spend some time with him. Since going into lockdown, Sammy has been pulling out all the stops to make Dani give their relationship a second chance.”

In her pregnancy announcement, Dyer said, “Little bubba can’t believe you are going to be ours.Me and Sammy are so excited to start this next chapter in our lives, feel so lucky and grateful..2021.” Kimmence wrote on his social media, “To say I’m grateful is an understatement. Can’t wait to start my perfect little family with you. Baby Kimmence due 2021.....time to hang my boots up from vine FC.”

Fans were quick to congratulate the pair and fellow Love Island star Zara McDermott wrote, “I’m so happy for you Dan.” Samira Mighty and Laura Crane also congratulated the couple and Megan Barton Hanson wrote, “Oh my goddess! Congrats babe you're going to the best Mumma.”