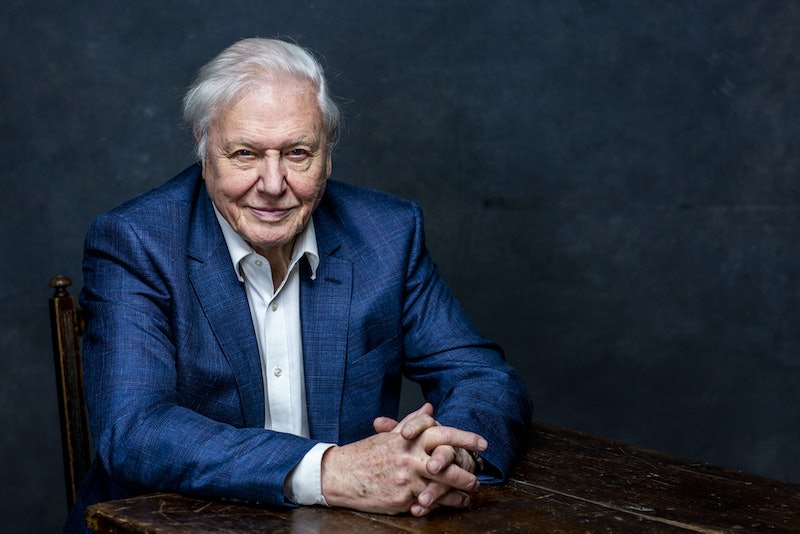 What happens when you bring two British national treasures together for one documentary? Well, we're about to find out as natural historian and living legend David Attenborough is teaming up with rapping superstar Dave for a new documentary set to air on BBC One: Planet Earth: A Celebration.

The BBC announced on August 3 that Attenborough would be producing a new film showcasing some of the most dramatic, powerful, and beautiful natural history sequences from two of his award-winning series, Planet Earth II and Blue Planet II. Today (Aug. 20) BBC One shared a teaser for the series, which included a special message from Attenborough. “In these extraordinary times, there is one thing that can offer solace to everyone — the wonder of the natural world.”

“Never before in the history of humankind has it been more critical to protect and nurture the natural world which is, after all, our home too.”

Planet Earth: A Celebration has been described as "a visual and musical feast designed to lift viewers' spirits during a time of international uncertainty."

Accompanying these sequences will be new compositions from composer Hans Zimmer. The string section of the score will be performed by the BBC Concert Orchestra and BRIT and Mercury Prize winner Dave will be featured performing on the grand piano.

Dave recently dazzled viewers with his piano skills at the BRIT awards when he performed a moving rendition of his track "Black" live on stage.

Speaking of the new project, Dave told the BBC: "I’ve always been a fan of powerful natural history documentaries. This is a programme where nature and music come together, so it was only right that I lent my talent, my time, and my attention to this project. It was a pleasure to work alongside Sir David Attenborough and Hans Zimmer."

The BBC has detailed exactly which clips will be featured in Planet Earth: A Celebration on their website, and my personal highlights include the rare sequence shot seen during Planet Earth II in which a pride of hungry lions took on a giraffe several their size. Then there's the scenes shot in the Himalayas where a snow leopard if forced to protect her young. And who could forget the marine iguana making the stealthiest escape across the beach away from racer snakes?

The BBC has also revealed that you'll get to watch the feeding clip of orca and humpback whales deploying special tactics in Norway from Blue Planet II. Plus the unforgettable fight of the octopus vs the pyjama shark off the coast of southern Africa will also be shown again.

Planet Earth: A Celebration airs on BBC One at 8 p.m. on August 31.