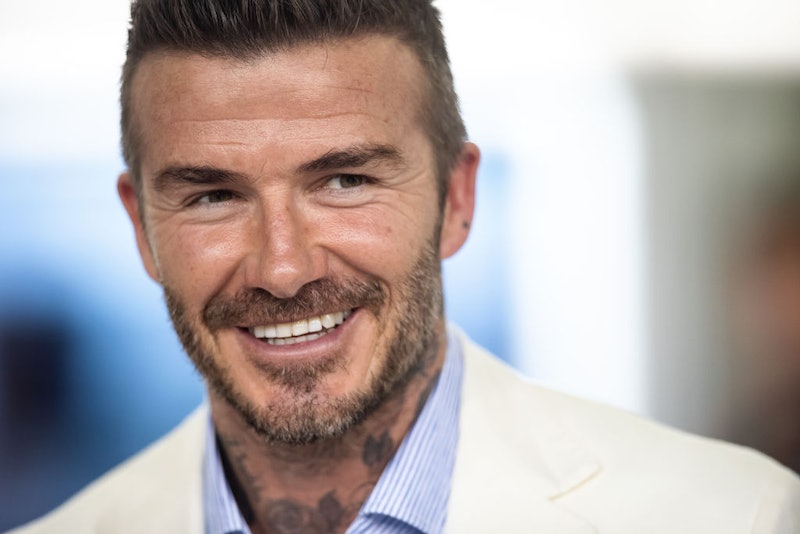 Celebrities. They're just like us, right? Well, aside from the glitz, glamour, and glaringly obvious differences, stars are just human beings, and sometimes they do things that prove how relatable they actually are. Take for example David Beckham, who starts his morning by watching episodes of Friends.

The ex-footballer and father of four just shared an Instagram post revealing he is just like the rest of us, and gets his day going by tuning in to an episode of Friends or four (can you ever only just watch one?!). Posting a hilarious video entitled '2020 As Told By Friends,' Beckham captioned it with: "No better way to start the day than with @friends ❤️💛💚💙💜💚" I couldn't agree more, David.

The post has already garnered dozens of comments from fans tagging in their friends and sharing their words of approval.

This is not the first time Beckham has referred to his love of the classic '90s TV show. In fact, the star is known to be a big fan of Friends attire, sporting a fun Chandler and Joey T-shirt back in June 2020, during peak lockdown.

While out with a walk with wife Victoria, David opted for the black T-shirt, which he shared with his 64 million followers.

Matthew Perry — who of course plays Chandler Bing in the hit series — was clearly tickled by the move, reposting the photo alongside the caption: "This guy has really good taste. Whoever that is."

Prior to this, David was also treated to a 'How you doin'' hoodie by his daughter Harper. He shared a cute snap on his Insta, writing: "Harper Seven knows how much I love Friends so surprised me with my hoodie this morning."