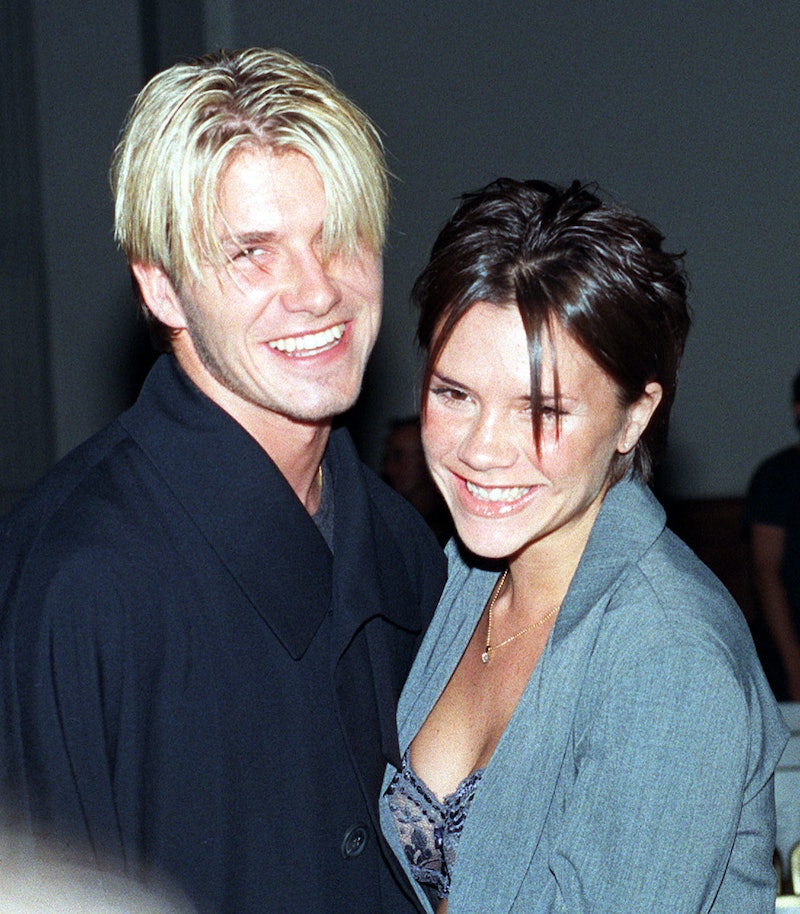 In an incredibly nostalgic blast from the past, a video of a 21-year-old David Beckham giving a tour of his and Victoria’s first home has been making the rounds on the internet. The mini Cribs-style special for Sky Sports sees the former footballer showing off his 1997 abode, which he reportedly bought directly from the developer for £150,000, according to the Mirror.

Located on Hazelhurst Road in Worsley, Salford, the house was in the perfect location for Beckham, who had just joined the first-team fold at Manchester United as a professional footballer. The house holds a lot of special memories for the couple, which Victoria has also reminisced about. “There are such fond memories for us — of the Trafford Centre and all that kind of thing,” she told Manchester Evening News in 2008, adding that they often drive back to the house when they’re in the city.

By the way Beckham’s face lights up throughout the video, his love for the home is pretty easy to see. The star takes presenter Rob McCaffery on a tour of all the major rooms in the house, including a living room seemingly centred around a cardboard cut-out of himself. “My girlfriend’s mum wanted a big cardboard cut-out of me, and so did my parents,” he explains.

When the interview moved to the kitchen, McCaffery was quick to point out a packet of Walkers crisps that just so happened to have Posh Spice on the front of them. “It’s sometimes embarrassing when you go and get a big bag of Walkers crisps and it’s got your girlfriend on the front,” Beckham jokes.

The Sky Sports presenter also has a sneak peek into the Beckham’s pantry and fridge, which includes a lot of British staples like Marmite, Heinz ketchup, Oxo cubes, Pringles and Pot Noodles. Their fridge houses a lot of Müller yoghurt and strawberries, and, of course, a generous supply of Toffee Crisp bars and champagne.

Eventually, the tour leads upstairs, past a knee-shaped dent in the wall, which the footballer left after slipping down one of the steps. In his and Victoria’s bedroom, there are 15 different pairs of Adidas trainers in a walk-in wardrobe.

While their first home is a far cry from the house they live in now — often referred to as Beckingham Palace — it still carries a lot of fond memories for the couple, who lived there from 1996 till just before their wedding in 1999.