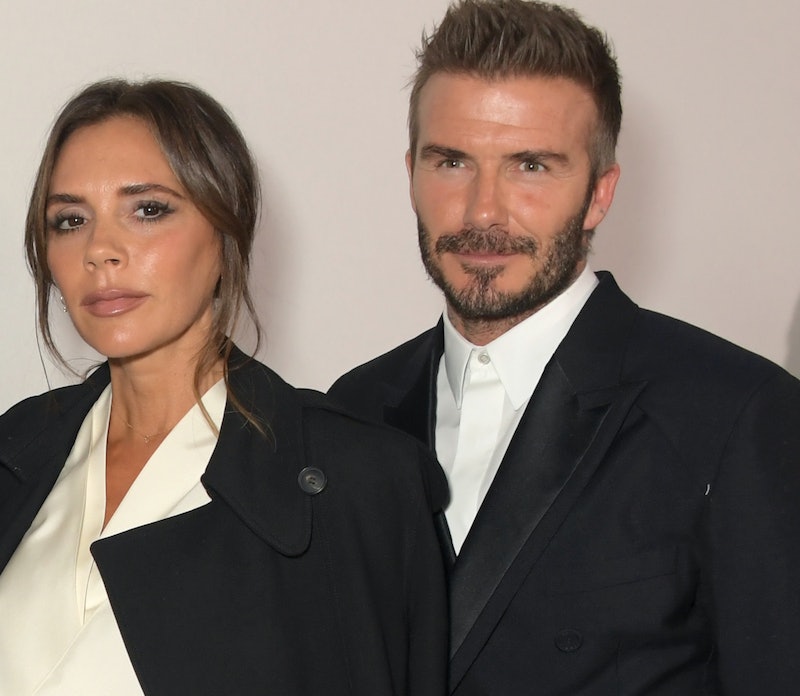 Victoria and David Beckham live the *life* — and given their successful careers, it's hardly surprising they have owned properties all across the globe, from London to Miami, Dubai to LA. The family's Cotswold home is where they primarily live these days though, and it's about to get a major upgrade, as the Beckham's just made this major change to their house.

In news that will quite literally make your jaws drop, the family have just received approval to build a wine cellar underneath their home that at 117 sq metres is as big as — wait for it — an average three-bedroom property in the UK. Their local council have agreed to allow Victoria and David to go forward with the huge project, which will have space to house a whopping seven THOUSAND bottles of wine. That's a lot of grapes.

This version of the plan is an upgrade from the one they had approved in Jun 2020, which featured a smaller cellar being built instead. Team Beckham obviously decided they needed more wine space, and TBH, with the year we've just had I can't blame them.

Per The Sun, the official Design and Access Statement commented on the main changes to their original proposal: "The proposed changes include some amendments to the arrangement of the doors, windows, rooflights and flues of the approved garage outbuilding. The proposed amendments are minor in nature and do not affect neighbouring properties or have any impact on the setting of the adjacent listed building.”

As well as the wine cellar, The Sun reports the couple has also been granted permission to build a gatehouse for their 24-hour security team, as well as a larger lake with an island (yes, you read that correctly).

Let's just hope we're all invited over after this mammoth project is complete and lockdown is over. Party at the Beckhams anyone?

More like this
David Beckham’s Controversial Qatar Deal Skyrocketed His Net Worth
By Catharina Cheung
Twitter Can’t Get Over This One Part Of Lily Allen & David Harbour’s House
By El Hunt
Taylor Swift & Harry Styles Had A Secret Reunion At The Grammys
By Shahed Ezaydi
Maya Jama’s Net Worth Definitely Won’t Give You The Ick
By Sophie McEvoy
Get The Very Best Of Bustle/UK
Sign up for Bustle UK's twice-weekly newsletter, featuring the latest must-watch TV, moving personal stories, and expert advice on the hottest viral buys.