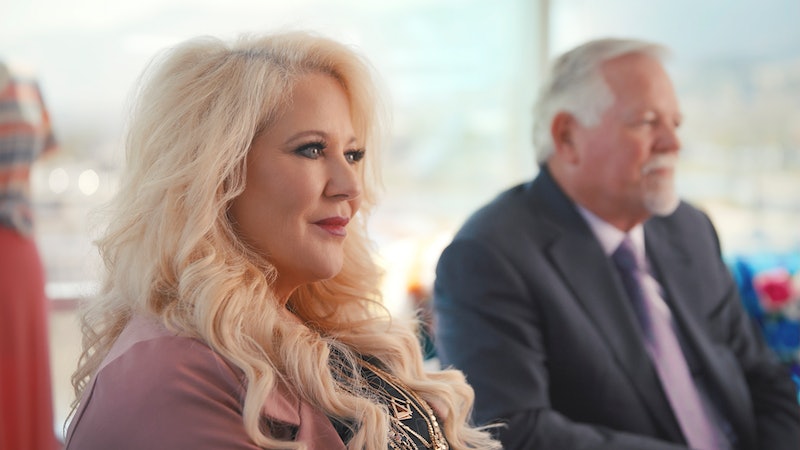 The Amazon docuseries LuLaRich traces the rise and fall of LuLaRoe, the multi-level marketing company run by DeAnne and Mark Stidham. LuLaRoe promised thousands of (mostly female) consultants that they could make extra money from their homes by selling the brand’s colorful clothing — a dream that never came to fruition for many of them. But according to some of the “dozens” of lawsuits that have been filed against the couple, the Stidhams have gone on to live lavishly with a number of high-priced assets. Allegedly, they have also hidden assets from creditors in the past.

It’s difficult to pin down the Stidhams’ exact financials, but court documents do offer information about their assets. Below, everything to know about the LuLaRoe founders’ net worth.

The Stidhams have a troubled financial past.

Buzzfeed News reports that the Stidhams’ finances, especially Mark’s, have been “rocky” over the years. Fifteen tax liens have been filed against Mark, with and without DeAnne, in both Utah and California. In 2013, both Mark and DeAnne closed a state tax lien against them for $21,257, which had been pending for five years. The couple was hit with a $100,000 tax lien in 2015 by the IRS; they closed it later that year. In 2011, DeAnne was also sued by FIA Card Services for failing to pay a $7,500 credit card bill.

DeAnne officially launched LuLaRoe in 2013, and its success appears to have changed the Stidhams’ financial situation considerably. Spokespeople for LuLaRoe have refused to comment about the Stidhams’ net worth or assets.

The Stidhams and LuLaRoe have been sued dozens of times, including by their former supplier, MyDyer (aka Providence Industries). MyDyer’s lawsuit alleges that LuLaRoe owed the company over $33 million in unpaid invoices, and is seeking $49 million in damages. In 2018, MyDyer claimed that the Stidhams owned two homes — a ranch in Wyoming, reportedly worth more than $7 million, and a house in Corona, California — as well as several luxury cars (one of which is valued at $2.1 million), and a private jet, per Business Insider. Patrick Winget, who served as LuLaRoe’s chief merchandising officer from 2013 to 2018, submitted a declaration supporting these claims as a part of the suit. In court documents, LuLaRoe disputes MyDyer and Winget’s claims.

The lawsuit also claims that the Stidhams created 17 “shell entities” in 2017, which were allegedly used to hide assets like cars. LuLaRoe has countersued MyDyer for $1 billion. Mark said at the time of the suit, “There is no nefarious or improper purpose as to why these entities were formed and they have no relation to the lawsuits filed against LuLaRoe.” (A Providence Industries spokesperson called the Stidhams’ countersuit “outrageous.”)

Also contained in the MyDyer lawsuit is a quote from Mark. When contacted about paying MyDyer’s outstanding invoices, Mark is said to have replied, “Look guys, I am not going to pay you guys a f*cking dime unless the judge orders me to pay it, and DeAnne and I will take our two or three hundred million dollars to the Bahamas and f*ck everything.” So that may be a clue to the net worth the Stidhams actually have, in addition to their properties and assets — but the Stidhams deny ever saying it.