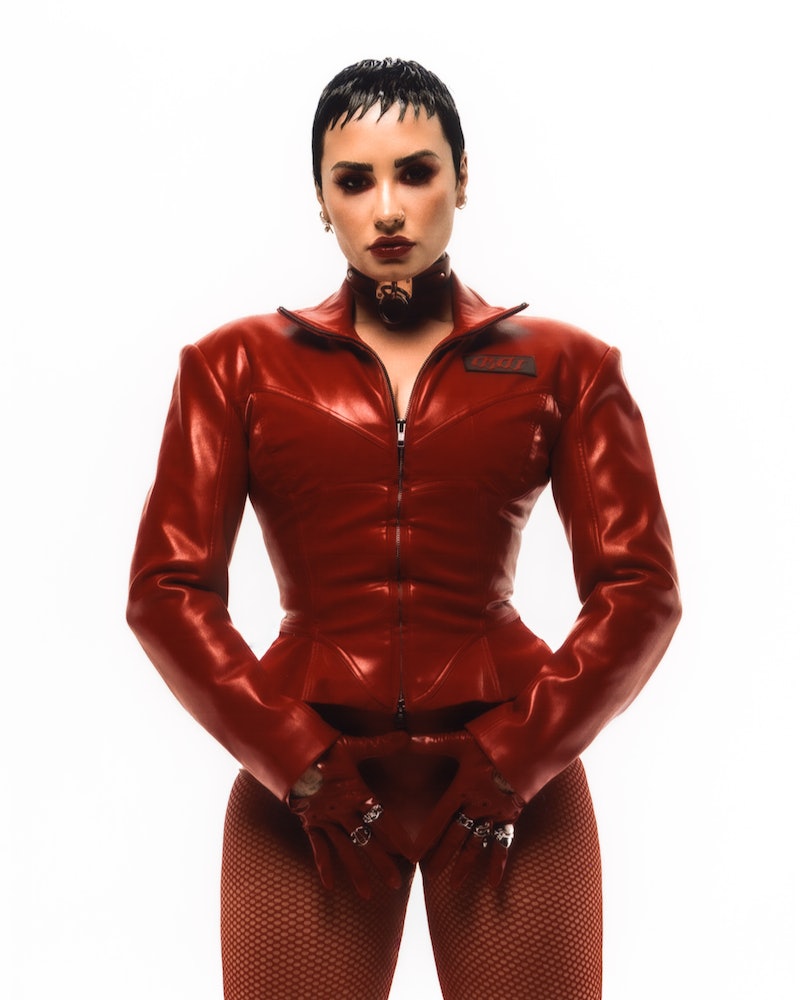 Just 14 months after releasing Dancing With the Devil in April 2021, Demi Lovato announced their eighth studio album in June 2022. Arriving later this summer, the new album is dedicated to the 29-year-old artist’s longtime fans as well as new ones: “The process of making this album has been the most fulfilling yet, and I’m grateful to my fans and collaborators for being on this journey with me,” Lovato said in a statement. “Never have I been more sure of myself and my music, and this record speaks that for itself. To my Lovatics who have been rocking out with me since the beginning and those who are just now coming along for the ride, thank you. This record is for you.”

Here’s everything we know about the album, lead single, release dates for both, and tour.

What Is Demi’s New Album Title?

Lovato announced their eighth studio album is titled Holy Fvck. It “grounded in their rock and pop-punk roots.” The album will also be an “earnest yet tongue-in-cheek retrospective of their life experiences,” according to the album announcement.

When Is Holy Fvck’s Release Date?

The new album will arrive on Aug. 19, 2022. But fans won’t have to wait that long for a taste of the new project as the lead single — “Skin of My Teeth” — and its accompanying music video will be released on Friday, June 10. Demi posted a snippet of “Skin of My Teeth” to their Instagram in a teaser trailer alongside the album artwork, after first announcing the song’s release on May 26. The teaser shows some behind-the-scenes footage of the album’s recording alongside imagery of Demi sitting in a bathtub.

What Is Holy Fvck’s Album Cover?

Demi is positioned on a white cross-shaped pillow with black leather bindings across their entire body. A red and black backdrop invokes a dark, satanic theme. Fans on Twitter noted that this artwork was in direct contrast to Lovato’s seventh album Dancing With the Devil… The Art Of Starting Over, which depicted Demi in an “angelic aesthetic.”

How Many Tracks Are On Holy Fvck?

HOLY FVCK will include 16 tracks, but the track list has not been released yet. Demi has also not announced any collaborations.

Where Can You Hear Demi’s New Music?

Demi will appear on NBC’s The Tonight Show Starring Jimmy Fallon on Thursday, June 9, where they will likely premiere the “Skin of My Teeth” in its entirety for the first time. The album is also available to pre-order.

On June 7, Demi also announced a a 32-date tour in support of their new music. While they will play two August dates at Midwestern State Fairs in Illinois and Iowa, the tour will officially kick off in São Paulo, Brazil on Aug. 30. They will play in South America in Brazil, Colombia, Argentina, and Chile through mid-September before arriving stateside for the remaining dates. The South American dates do not have an opener or guest act announced, while North American dates will be accompanied by either Dead Sara or Royal & The Serpent. Tour tickets go on sale on June 10.

Opening act for each stop noted by:

More like this
Beyoncé Delivers “Soaring Vocals” On New Album “Renaissance”
By El Hunt and Radhika Menon
Everything To Know About J-Hope From BTS’ Solo Album ‘Jack In The Box’
By Stephanie Topacio Long
Beyoncé Might Be Plotting Secret Intimate Gigs In The UK
By El Hunt
Demi Lovato, Jessica Chastain & More Stars Celebrated The 4th Of July By Protesting
By Jake Viswanath
Get Even More From Bustle — Sign Up For The Newsletter