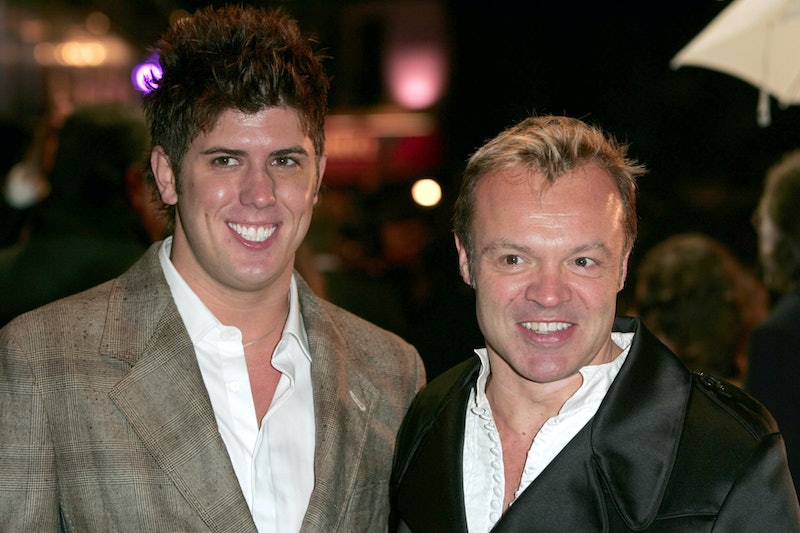 Season two of RuPaul’s Drag Race UK kicked off on Jan. 14 and honestly, it was the absurdity I needed in my life. From tight union jack boxers to a shock elimination, it served some serious drama. However, there’s more tea to be spilled – for Drag Race fans in the UK and on the other side of the pond. Did you know Tina Burner and Graham Norton used to date? Norton shares his role of main judge on the UK series with Alan Carr but little did we know he had an ex-flame currently competing in Drag Race U.S. season 13.

It’s been reported that U.S. Drag Race’s Tina Burner has been an established queen in New York for a very long time. This season she's already won the hearts of the judges (even hard-to-please Michelle Visage.) However, viewers have only recently made the connection between Tina and Norton.

HuffPost reports that Norton and Kristian Seeber (AKA Tina Burner) met in the early-to-mid-noughties. According to the publication, Seeber used to be in a boy band and Norton was in the midst of building his presenting legacy. To this day, Norton splits his time between London, New York, and Ireland. The pair were pictured together on numerous occasions, at events and out and about.

How Long Were Tina Burner & Graham Norton Together?

Norton might be able to get celebrities and queens alike to spill all their secrets on his shows but he’s always remained pretty tight lipped about his own love life. It’s been reported that he dated Seeber on and off for five years before they parted ways in 2006.

In 2014 Norton published his memoir, The Life And Loves Of A He Devil, and described the night he met Seeber at a bar. He said he was “tall and broad-shouldered with an easy smile that took up half his face.” During their time together, Seeber moved into Graham’s House in London.

Why Did Tina Burner & Graham Norton Break Up?

According to his memoir, Norton said the spark wasn’t totally there between the two of them and when they decided to break up there was no shouting but lots of tears.

In The Life And Loves Of A He Devil, Norton admits that Seeber didn’t make a great impression on his friends. “What they couldn’t see was the special spark that fires within him: when he decides to shine his light on you, it makes you feel as special as he is,” he wrote, “I realise that even to a perfect stranger the outcome would have been glaringly obvious, but when you are in the middle of something and you are desperate for it to work, you’ll try anything.”