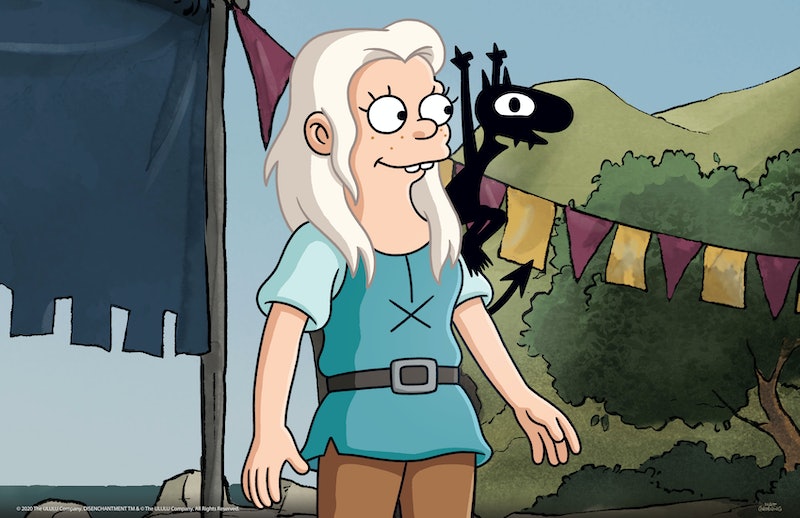 If there's one thing that Simpsons creator Matt Groening knows how to do, it's create long-lasting shows with passionate fanbases. So it's no wonder that his Netflix series Disenchantment has already been renewed for Part 4. According to TV Line, the show got a 20-episode renewal in 2018 to be split into two 10-episode parts for release in 2020 and 2021. The official Disenchantment Twitter also confirmed in 2019 that Part 3 would be released in 2020. However, that premiere date was later pushed to Jan. 15, 2021 — presumably because of coronavirus-related delays.

John DiMaggio, who voices King Zog, told ComicBook.com in August 2020 that the series was still in production but that he had to do some of his recording work from home due to the pandemic. Everything was finished in time for an early 2021 release. However, that leaves Part 4's premiere date up in the air. The show could attempt to return to its usual fall schedule and have the next 10 episodes air in August or September 2021. Or it could stick with the usual Netflix schedule of a year between seasons and come out in January 2022. Either way, at least 10 more episodes are definitely coming.

As for the show's future beyond that, Groening's track record suggests Enchantment could run for many more years to come. After all, The Simpsons has been on for 32 seasons, and even the much shorter Futurama series that he created ran for seven. As Groening told Esquire in 2018, he always keeps longevity in mind when pitching a new show.

"I think about ideas for different TV shows all the time. What holds me back is knowing how hard it is to actually pull them off, and whether I really want to commit myself to something that keeps on going," he said. "I have to really want to do it for me to plow forward." With Disenchantment, he did.

"I started a notebook full of ideas for the show in 2012... or maybe a little earlier," he told Esquire. "Every time I thought of a different kind of fantasy trope, I'd write it down and see if there was a way of sticking it in the show. I have lists of every kind of small mythical forest creature: gnomes, fairies, imps, goblins, gremlins, trolls, plus a bunch that I can't remember right now. It's all there in the notebook."

Considering that the notebook is filled with years' worth of ideas, Disenchantment can likely continue long past Part 4 — so long as Netflix wants to keep bringing it back.