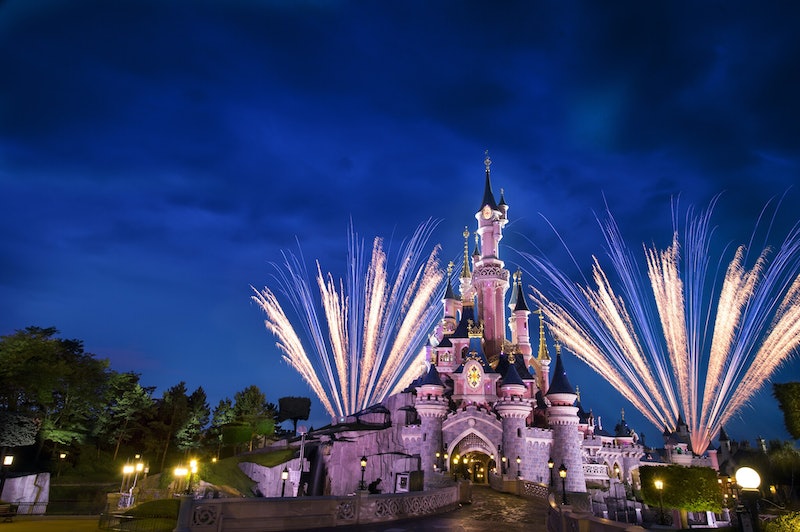 Whether you’ve been to Disney Parks more times than you can count or haven’t actually stepped foot in one, Disney+ has something magical in store for anyone who loves the thrill of their iconic attractions ... and you won’t even have to leave the comfort of your own couch. Behind the Attraction, an original docuseries produced by Dwayne Johnson, is sharing an exclusive look “behind the curtain” of some of the most legendary attractions in the history of Disney Parks, and it’s only available for subscribers of Disney+.

With never-before-seen content, including interviews with Imagineers and archival footage and photographs, Behind the Attraction shows Disney+ subscribers how some of their favorite places were created and how much they’ve evolved in the years since. From the impressive feat of building a river full of mechanical animals in the Southern California desert in the 1950s to the Disneyland Hotel that almost wasn’t, the stories shared in Behind the Attraction show a whole other side to the beloved locations that have long provided incredible memories for people all over the world.

The series first premiered with five episodes on July 21, which told the complex stories of “Jungle Cruise,” “Haunted Mansion,” “Star Tours,” “The Twilight Zone Tower of Terror,” and “Space Mountain.” If you’d like to explore more of Disney Parks (without even having to wait in any lines), you can subscribe to Disney+ to watch the newest additions to the series. As of August 25, the secrets of five more attractions have been revealed, including “the Castles,” “Disneyland Hotel,” “It’s a Small World,” “Trains, Trams and Monorails,” and “Hall of Presidents.”

In fact, there are so many secrets revealed, that even director Brian Volk-Wess is shocked at how candid they were able to get in telling the stories of each of the attractions. “I cannot believe this [series] was greenlit. I mean, we saw things that I don’t think the public will see for five to 10 years,” he said.

For a sneak peek at Behind the Attraction, which is narrated by Paget Brewster, whose voice you’ll recognize from Criminal Minds and Friends, check out the trailer below. And to hear the unbelievable history of Space Mountain, subscribe to Disney+ to stream the entire docuseries. (Disclaimer: there is a solid likelihood that you will walk away from this show with “It’s a Small World” stuck in your head for an indefinite amount of time.)

Sign up for Disney+ today so you’ll never miss another moment.

More like this
UK Audiences Will Soon Be Able To Watch 'The Bear'
By Frances Stewart
Spencer Matthews Will Search For His Brother In A New Disney+ Doc
By Darshita Goyal
Louisa Harland’s New Show Is A Far Cry From Derry Girls
By Frances Stewart
The 'Andor' Timeline, Explained
By Gretchen Smail
Get Even More From Bustle — Sign Up For The Newsletter