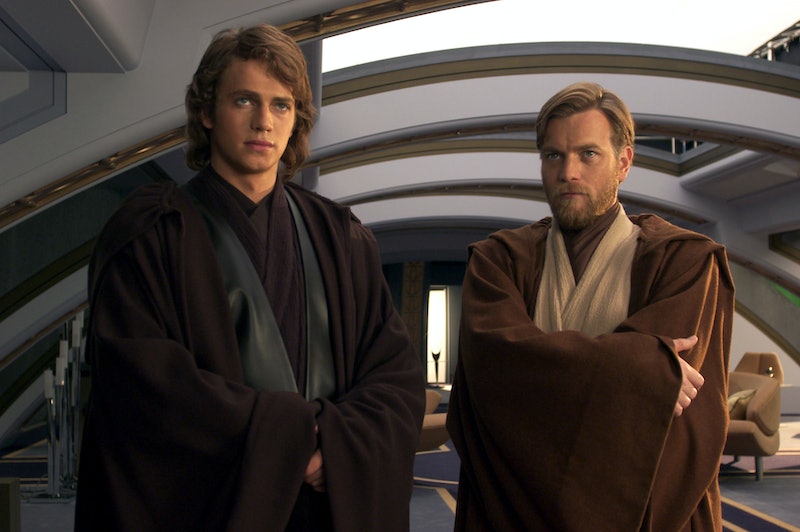 Back in 2020, it was announced that a whole load of new Star Wars content would be hitting our screens in the next couple of years, and one series we're especially looking forward to features the return of Ewan McGregor as Obi-Wan Kenobi. Here's everything we know about Obi-Wan Kenobi so far.

When Is The Obi-Wan Kenobi Series Coming To Disney+?

Like The Mandalorian, spinoff series Rangers of the New Republic and Ahsoka, and Diego Luna’s Cassian Andor series Andor, the Obi-Wan Kenobi series is being brought to us by Disney+. It was initially expected to hit the big screens as a film, but later shifted to television — and, yes, we finally have an Obi-Wan Kenobi release date. You can tune in starting May 25.

Who’s In The Cast For Obi-Wan Kenobi?

The show will see the return of Ewan McGregor as Obi-Wan Kenobi, as well as Hayden Christensen as Darth Vader. McGregor said of his return to the role: “I’m very excited to do it again – I’m probably more excited about it this time round."

He continued: “I’m older, slightly wiser, maybe. The great fun part of it the first time was to try and be Alec Guinness, but younger. That was the acting challenge, as well as learning all the tricky fights."

Other star turns will include Joel Edgerton and Bonnie Piesse, who will also reprise their roles as Beru Whitesun Lars and Owen Lars. Then there’s a whole host of famous names that will also be joining the cast. These include Moses Ingram (The Queen’s Gambit), Kumail Nanjiani (Eternals), and Rupert Friend (The Young Victoria). Also starring are Indira Varma (Game of Thrones), O’Shea Jackson Jr. (Straight Outta Compton), Sung Kang (Fast & Furious), and Simone Kessell (Outlaws).

What’s The Plot Of Obi-Wan Kenobi?

Plot-wise, the Star Wars Twitter account revealed that the new original series will begin 10 years after the dramatic events of Revenge of the Sith. As McGregor told Entertainment Weekly March 9, “We find Obi-Wan at the beginning of our story rather broken, and faithless, and beaten, somewhat given up.” Joby Harold, who wrote for shows such as King Arthur: Legend of the Sword, will be serving as head writer, while the series will be directed by The Mandalorian's Deborah Chow, who has also directed other hit shows such as Fear The Walking Dead.

Is There A Trailer For Obi-Wan Kenobi?

As part of its March 9 preview of the show, EW released several first-look photos of Obi-Wan Kenobi, including a glimpse at the cave from which the jedi watches over Luke Skywalker. There’s also an image of a new planet, Daiyu, which “sort of has a Hong Kong feel to it,” Harold told the magazine.

Just one day later, EW dropped the first photo of Darth Vader in the series, who Christensen said would be “a very powerful Vader” — a given, but still good to hear.

This post will be updated with additional plot details as more information on Obi-Wan Kenobi becomes available.