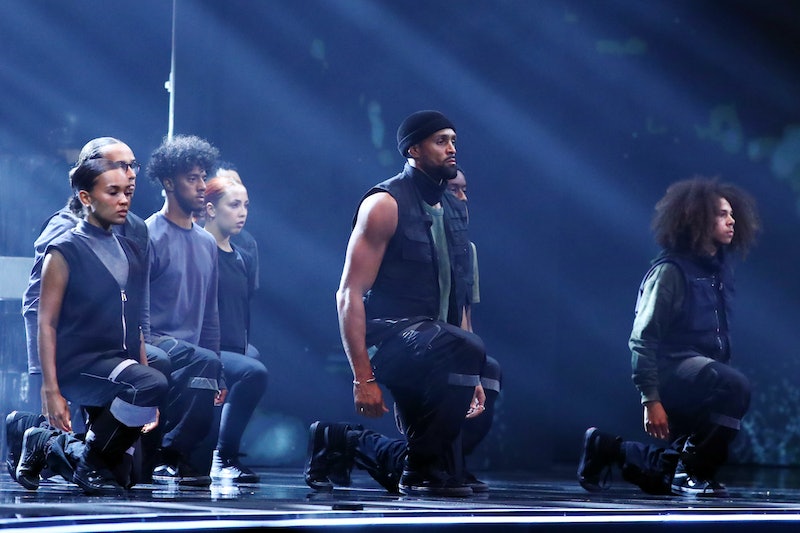 The Britain's Got Talent semi-finals kicked off on Sept. 5. As well as gathering up this year's contestants as they bid for a place in the final, dance troupe Diversity returned to the stage for a powerful performance. The dance troupe won BGT in 2009 and since gone on to achieve global fame, but their Black Lives Matter-inspired routine received hundreds of complaints, as reported by the BBC.

Ashley Banjo, who is filling in for Simon Cowell as a BGT judge this year, led Saturday's performance. In it, he was knelt on by a police officer, a direct reference to George Floyd's death in police custody. It ended with the entire dance troupe taking a knee before Dax's song "Black Lives Matter" began.

Banjo said Diversity "wanted to express how the events of this year have made us feel". The routine attracted 1,121 complaints. There was no confirmation of the exact nature of the complaints but the performance attracted praise and scorn on social media for its political stance, both of which Banjo addressed in a tweet after the show.

Some viewers used social media to express their complaints. One viewer wrote, “Disgraceful! Make political statements elsewhere not on a family TV show.” Similarly another said, “So disappointed thought AB was a great judge and there was no need for his performance.” Other’s said that the BGT stage wasn’t the space for Diversity’s performance, “wrong time and place. BGT should be a lovely entertainment show not political. I had thoroughly enjoyed the show and forgot the troubles of the world and then thud.”

Ofcom have said they are “assessing the complaints against our broadcasting rules, but are yet to decide whether or not to investigate."

In response to the complaints, Banjo wrote on his Instagram: “My truth, my platform, my art...I’m so grateful and overwhelmed by all of the love and support but also by the amount of conversation this performance has thrown up. 2020 has been such a historical year. One day we'll look back and realise it was the start of real change. Sending out nothing but love and positivity to everyone reading this post.”