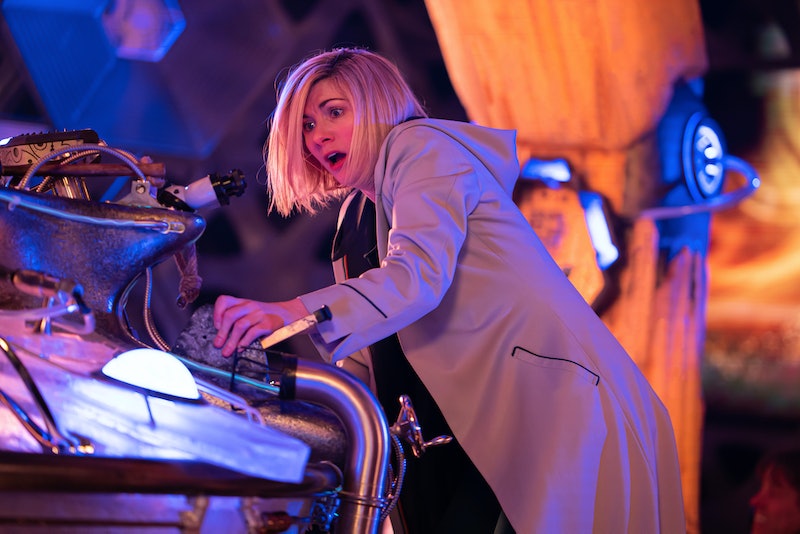 This article contains spoilers for Doctor Who Season 12.

The end of the controversial Doctor Who Season 12 finale turned the Time Lord's entire backstory on its head. It was suggested that, rather than being a rebel Time Lord, Doctor Who was actually the first Time Lord and therefore has the ability to regenerate forever. Previously, doctors had only been able to regenerate 12 times before they died. But it’s not only this major rewriting of the canon that has fans wondering what Season 13 can possibly have in store.

The current Doctor Who Jodie Whittaker, and showrunner Chris Chibnall have both confirmed they will be leaving the series after Season 13. Ex-showrunner Russel T. Davies will be returning for future series. Chibnall has promised to “blow up the universe” in episode one of the new series, and has hinted that major cliffhangers will be in store for viewers. So what can you expect from Season 13? Here’s everything we know so far.

Who is In The Cast Of Doctor Who Season 13?

Naturally Jodie Whittaker will be returning for her last ever outing as the Doctor, joined by her companion Yaz (played by Mandip Gill). The new series will also see comedian and actor John Bishop and Game of Thrones star Jacob Anderson join the show as new companion Dan Lewis and recurring character Vinder, respectively. It follows the departures of Tosin Cole and Bradley Walsh in the New Year special.

Bishop isn’t the only exciting new addition. Guest stars for Season 13 will include Blake Harrison (The Inbetweeners, A Very English Scandal), Kevin McNally (Pirates of the Caribbean, Downton Abbey) and Penelope McGhie (The Crown, Harry Potter).Line Of Duty star Rochenda Sandall has also been added to the line-up but details about her character have yet to be confirmed.

What Is The Plot Of Doctor Who Season 13?

Aside from Chibnall’s hints that a dramatic series lies in store, what else can fans expect from new episodes? Doctor Who: Flux will see the return of the Weeping Angels and the Sontarans , as well as The Ravagers and “the Flux” itself. There are mysterious new monsters being debuted too, including one named Karvanista who looks part puppy part axe-murderer.

Of all the antagonists viewers can look forward to seeing in Season 13, it seems that the Weeping Angels were the most difficult to work with. As Weeping Angels can only move when they aren’t looked at, cast members had to spend long periods of time not blinking to limit the time the monsters had to move. “There are so many amazing monsters, but trying to not blink in the freezing cold was so difficult… Tears streaming, like ‘Can you hold it a little longer?’ No, I can't!” Mandip Gill told the press (Digital Spy).

Is There A Trailer For Doctor Who Season 13?

The official trailer was revealed at Comic Con @ Home in July, hinting at an action packed series as well as some intriguing secrets. A more recent 20 second teaser trailer titled 'The Flux is Coming...' was released in early October. In it Jodie Whitaker can be seen sending a warning to someone about the Flux’s imminent arrival and the monsters and enemies it’s bringing with it. "This is the fight of our lives," she exclaims. Scary stuff.

When Will Doctor Who Season 13 Air?

The series will start on BBC One Sunday, Oct. 31, with a new episode airing each following Sunday night, culminating in the finale on BBC One on Sunday, Dec. 5.

There will also be three specials in 2022 — a New Year’s Day episode, one in the spring and another in the autumn.

Jodie Whittaker has said she will be “filled with grief” when her time on the show comes to an end. Speaking to press including Sky News, the actor revealed ​​she was “crying her eyes out” during her last days of filming.

Whittaker replaced Peter Capaldi in 2017. But as for who will fill her shoes... there are plenty of rumours about who the Doctor will be, but no one knows for sure. Olly Alexander from It's a Sin is a favourite to take over, but he has denied any involvement in the upcoming series.

More like this
Wait, Is 'Happy Valley' Not Actually Over?
By Darshita Goyal
'Happy Valley's Ending Was *Almost* Entirely Different
By El Hunt
6 'Happy Valley' Easter Eggs You May Have Missed
By Sophie McEvoy
'The Last Of Us' Has Officially Been Renewed For Season 2
By Darshita Goyal
Get The Very Best Of Bustle/UK
Sign up for Bustle UK's twice-weekly newsletter, featuring the latest must-watch TV, moving personal stories, and expert advice on the hottest viral buys.