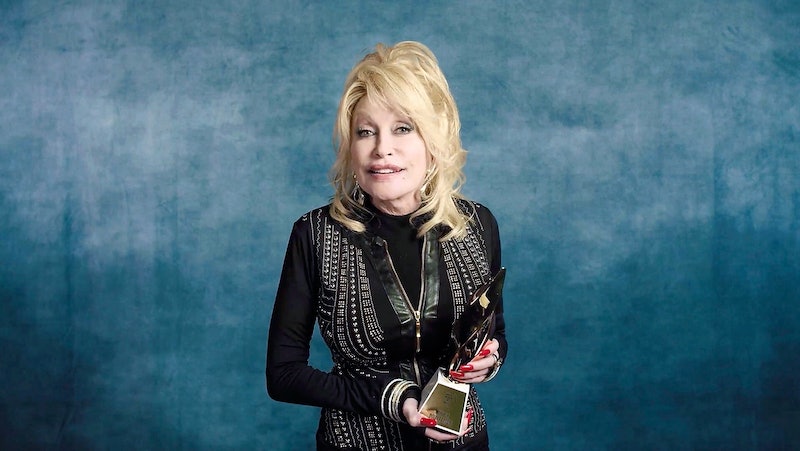 No matter what political party you align yourself with, it seems that everyone can agree on one thing: Dolly Parton is one of America's true heroes. Everyone from Barack Obama to Donald Trump has wanted to honor the Queen of Country, but it's harder to get her to accept awards than you may think. Parton turned down the Presidential Medal of Freedom from Trump twice, as she revealed during an interview with TODAY on Monday, Feb. 1.

However, Parton didn't turn down the offers from Trump due to a political stance. Instead, extenuating circumstances prevented her from accepting the award in person. "I couldn't accept it because my husband was ill, and then they asked me again about it and I wouldn't travel because of the COVID," she explained, referring to the ongoing coronavirus pandemic.

In December, former President Barack Obama expressed regret that he didn't bestow the Medal of Freedom on Parton during his term, admitting that it was a screw-up. "That's a mistake, I'm shocked," he said on The Late Show with Stephen Colbert. "I think I assumed that she had already got one, and that was incorrect. I'm surprised, she deserves one. I'll call Biden."

Parton told TODAY that she had indeed heard from newly inaugurated President Joe Biden about receiving the honor as well, but she's still apprehensive. "Now I feel like if I take it, I'll be doing politics, so I'm not sure," she explained. However, she's also not sweating it if she doesn't get another chance to accept it. "I don't work for those awards," she added. "It'd be nice but I'm not sure that I even deserve it. But it's a nice compliment for people to think that I might deserve it."

The singer has long been revered for her philanthropical work. Her literacy program, Dolly Parton's Imagination Library, has donated over 100 million children's books since 1995, while her Dollywood Foundation helped several hundred families who lost their East Tennessee homes due to wildfires. Most recently, she donated $1 million to help fund COVID-19 research at Vanderbilt University, which helped develop the Moderna vaccine.

Despite helping to fund the vaccine, Parton told CNN on Jan. 28 that she hasn't received her shot yet because she wants to wait her turn. "I'm going to get it, though," she clarified. "I didn't want to jump line. I didn't donate the money so I could be protected. I did it for everybody."