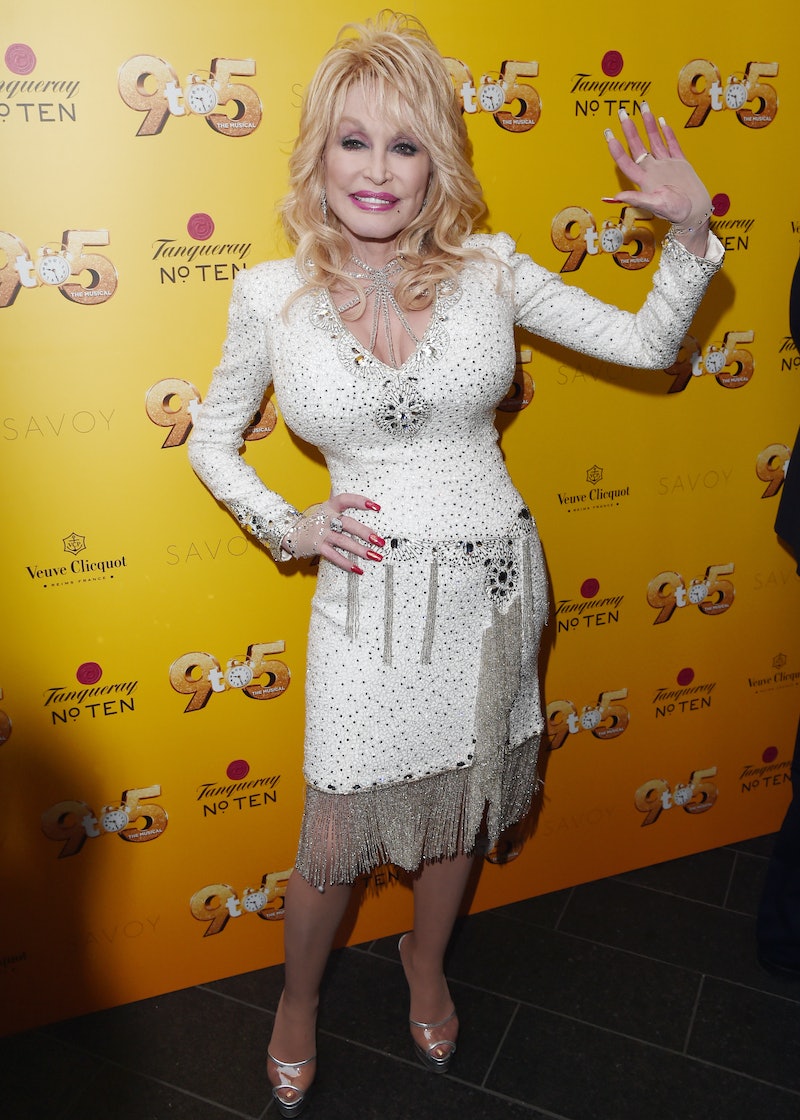 It's beginning to look a lot like Christmas! Even though the summer heat is just now starting to set in, Hallmark is already focusing on the holiday season, and one of their plans this winter is a trip to Dollywood. Dolly Parton will team up with Hallmark for Christmas at Dollywood, one of the network's new original Christmas movies planned for this season, and it sounds like the ultimate holiday vacation.

The new film will be set at Dollywood, Parton's legendary amusement park in Pigeon Forge, Tennessee, as reported by Entertainment Tonight. The legendary country singer will make a special appearance in the film, which stars actor Danica McKellar in the leading role. And in an even more sentimental twist, McKellar's mom and son will also make cameos in the upcoming movie, which is sure to make you both laugh and cry into your peppermint hot chocolate.

In Christmas at Dollywood, McKellar will star as Rachel Lewis, a single mom and award-winning Broadway producer whose latest show is forced into bankruptcy by investors, forcing the show to close before it even opens. She then receives an opportunity from a friend to produce a show for the 20th anniversary of the Smoky Mountain Christmas Festival at Dollywood, which requires her to work with Luke Hakman, Dollywood's entertainment director, who she just might bump heads with at first. But isn't that the best basis for a true romance?

As reported by ET, the synopsis continues:

"With her 9-year-old daughter, Amy, in tow, Rachel leaves New York City to return to her Appalachian mountain roots. Every night, as she tucks Amy into bed, she tells her a new Adventures of Amy story with the hopes of compiling the bedtime stories into a book someday. One night, Rachel tells Amy about a little girl following Santa Claus on his route. Using the stars as her guide, fantasy Amy travels with Santa to the Northern Lights. Rachel tells her daughter that the lights are so magical that Amy can always look to the night sky to find her way home. Is this inspiration for a new Dollywood show? Rachel seems to think so, though she will have to convince a skeptical Luke, who has his own vision of what will be successful. As the pair make compromises to please their boss, Rachel and Luke realize love can come in the most unexpected of places."

While it might surprise fans to hear Dolly Parton and Hallmark Christmas movie in the same sentence, the pairing actually makes complete sense. "Dolly Parton is a bright light who is rich in spirit, kindness and love," Michelle Vicary, Executive VP of Programming and Publicity at Crown Media Family Networks, said in a statement to ET. "Christmas at Dollywood features Danica McKellar in a story about finding love and new beginnings in the most familiar place: home."

Filming for Christmas at Dollywood is scheduled to kick off in August and the movie is slated to premiere on Hallmark sometime in December as part of their 10th anniversary of Countdown to Christmas. Frankly, I'm already counting down.