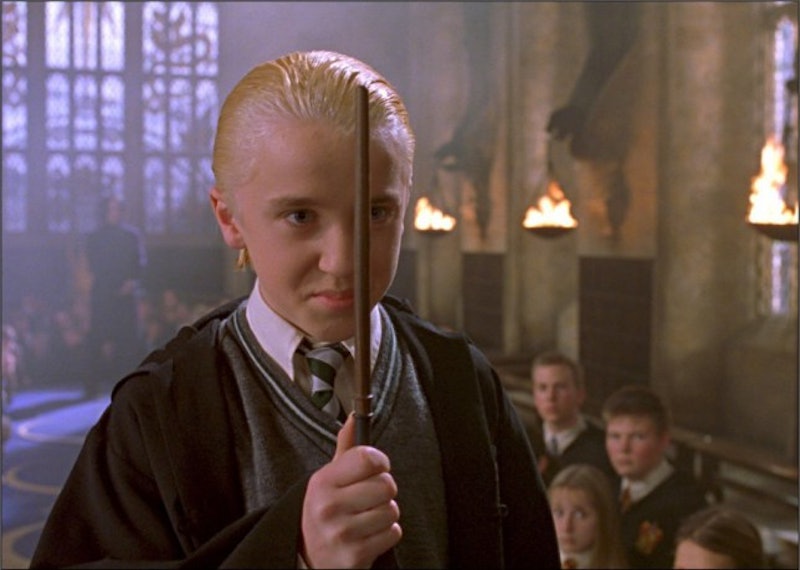 Almost 20 years after Harry Potter's big-screen debut, fans of the hit franchise might assume they're pretty well versed in the films inspired by J.K. Rowling's fantasy novel series. However, news that would surprise even the most ardent Potterhead recently came to light when it was revealed Draco Malfoy had only 31 minutes of screen-time in all eight Harry Potter films.

The mind-blowing revelation was unearthed following a recent viral tweet, and a quick scan of the official Harry Potter IMDB page confirms that Tom Felton's character does indeed have just over half an hour of screen-time throughout all 19 hours and 40 minutes of the eight films.

"[T]he fact Draco Malfoy was only in 31 minutes throughout the WHOLE of the Harry Potter franchise (19 hrs & 40 mins) jus doesn’t sit right with me," one Twitter user commented.

As Tyla reports, Malfoy's longest appearance can be enjoyed in Harry Potter & the Half Blood Prince, during which the Slytherin bad boy appears for a grand total of eight minutes. In contrast, the character's shortest amount of screen-time sits at one minute and 15 seconds in the fifth instalment of the Potter franchise, Order Of The Phoenix.

However, lack of screen-time for supporting characters is not uncommon throughout the Potter adaptations. The menacing Lord Voldemort, for instance, appears for a total of 37 minutes and 15 seconds, while fan-favourite Rubeus Hagrid stuck around for just over 45 minutes.

Predictably, the film's core cast were awarded a far greater amount of on-screen exposure throughout all eight films, with Ron Weasley and Hermione Granger appearing for around three and a half hours each, and the main man himself, Harry Potter, enjoyed almost nine hours of screen-time in total, Tyla reports.

More like this
Rupert Grint Just Shared A *Major* Update About Ron Weasley’s Future
By El Hunt
Stephen Graham & Steve McQueen Are Working On A Wartime Drama
By Darshita Goyal
Channing Tatum “Nearly Killed” Salma Hayek During 'Magic Mike' Lap Dance
By Sam Ramsden
Jemima Khan Used Her Own Life As Inspo For 'What’s Love Got To Do With It?'
By Darshita Goyal
Get The Very Best Of Bustle/UK
Sign up for Bustle UK's twice-weekly newsletter, featuring the latest must-watch TV, moving personal stories, and expert advice on the hottest viral buys.