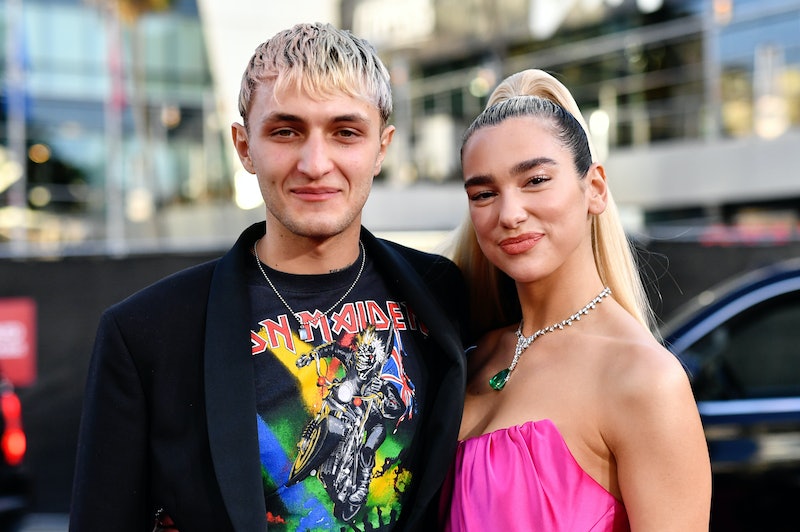 Singer Dua Lipa and model Anwar Hadid first met in 2019 and have been A-list couple goals ever since, posting cute, artsy photos of their romance on Instagram and appearing in devastatingly cool outfits on the red carpet. However, in late December, reports began to emerge that the pair had called it quits. So, is there any truth to these rumours?

It’s important to note that nothing has been confirmed so far, but a source has reportedly told culture site Deux Moi that, while the pair have been on-again-off-again for sometime, they’ve now separated for good.

Over the past few weeks, there’s been some speculation that they may have put a pause on their relationship due to busy, mismatching schedules. The Sun reported that Lipa is currently living between London and LA working on new music while Hadid has remained in New York. A source allegedly told the paper, “The couple floated the idea about putting the brakes on their romance last month as travelling so much and being apart is proving tough. Their relationship is going through a crisis and appears to be on the rocks.”

Hadid was the last to post a picture of the couple on his Instagram, sharing a few Halloween snaps on Nov. 1. Lipa last posted a loved-up snap on Sept. 21.

The alleged split may come as a bit of a shock to fans as they served all of the couple goals during the lockdowns in 2020. They moved to Hadid’s family farm where they spent time with his supermodel sisters, Bella and Gigi Hadid. They also posted pictures dying Lipa’s hair, fooling around outside, and serving some seriously strong couple’s photoshoots.

In February, Lipa spoke about her and Hadid’s attitude to sharing things online. During an interview with Vogue, she said, “We have all these incredible memories and experiences, and if there's something that we want to share together, then OK that's fun. But at the same time, we're quite private – we'll only show you as much as we want you to see. It’s a little bit of give and take, trying to find the right balance of being so excited and being in love, and wanting to share that with the people around me, but at the same time not wanting to put too much out there. I want to be able to just be happy in this relationship without having other people’s opinions.”

More like this
Rita Ora Finally Opened Up About Marrying Taika Waititi & Their "Perfect" Wedding
By Sophie McEvoy and Catharina Cheung
This 'Emily In Paris' x Blackpink Crossover Is Beyond Iconic
By El Hunt
The Spice Girls Are Set To Reunite At King Charles III’s Coronation
By Sam Ramsden
You’ll Definitely Recognise Isadóra Bjarkardóttir Barney’s Mum
By Maxine Harrison
Get The Very Best Of Bustle/UK
Sign up for Bustle UK's twice-weekly newsletter, featuring the latest must-watch TV, moving personal stories, and expert advice on the hottest viral buys.