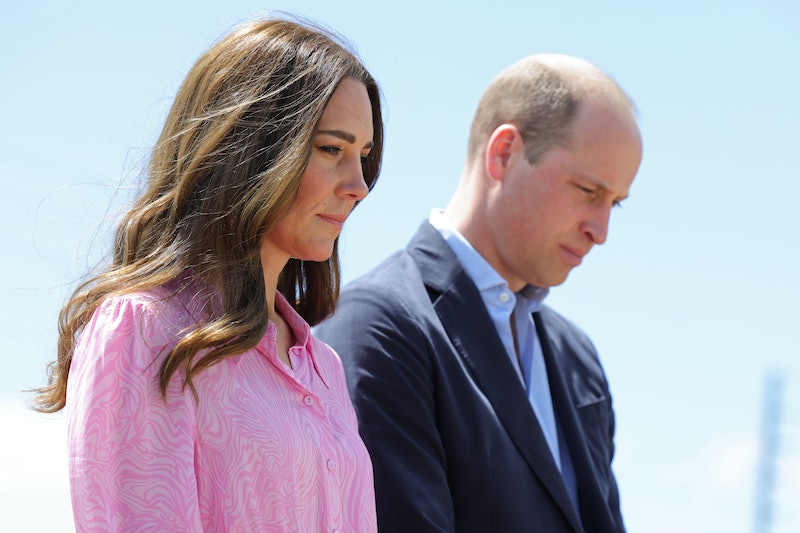 As the Duke and Duchess of Cambridge’s royal tour of the Caribbean came to an end on Sunday (March 27), the couple reflected on the outcome of their trip. In a five-part thread posted to Twitter, Prince William also somewhat addressed the reaction and controversy surrounding the trip, including the role of the Commonwealth in the countries they visited.

Writing that foreign tours provide “an opportunity to reflect”, William addressed that this tour in particular has “brought into sharper focus questions about the past and the future”. He added: “In Belize, Jamaica, and the Bahamas, that future is for the people to decide upon.” The Duke of Cambridge reiterated that he and Kate Middleton are “committed to service”, and for them “that’s not telling people what to do” but it is about “serving and supporting them in whatever way they think best, by using the platform we are lucky to have.”

For William, royal tours “reaffirm our desire to serve the people of the Commonwealth and to listen to communities around the world.” But that’s not to say that if a country chooses to become independent, they wouldn’t support that decision. “Who the Commonwealth chooses to lead its family in the future isn’t what is on my mind,” William wrote. “What matters to us is the potential the Commonwealth family has to create a better future for the people who form it, and our commitment to serve and support as best we can.”

The statement comes after mounting criticism of William and Kate’s time in the Caribbean, and the celebration of Queen Elizabeth’s upcoming Diamond Jubilee. “We see no reason to celebrate 70 years of the ascension of your grandmother to the British throne,” Jamaica’s Advocates Network wrote in a letter calling for the recognition and apology for slavery under colonial rule, as well as atonement by paying reparations. “Because her leadership, and that of her predecessors, have perpetuated the greatest human rights tragedy in the history of humankind.”

More like this
Lilibet & Prince Charles’ First Meeting Was Emotional, According To Reports
By El Hunt
An 'Emily In Paris' Fave Is Joining Season 5 Of 'The Crown'
By Bustle Editors
Michael Bublé Fans Are Raging After They Missed His Gig Due To Traffic Jams
By El Hunt
Victoria Beckham Spoke Out About Being Weighed On Live TV After Giving Birth
By Frances Stewart
Get The Very Best Of Bustle/UK