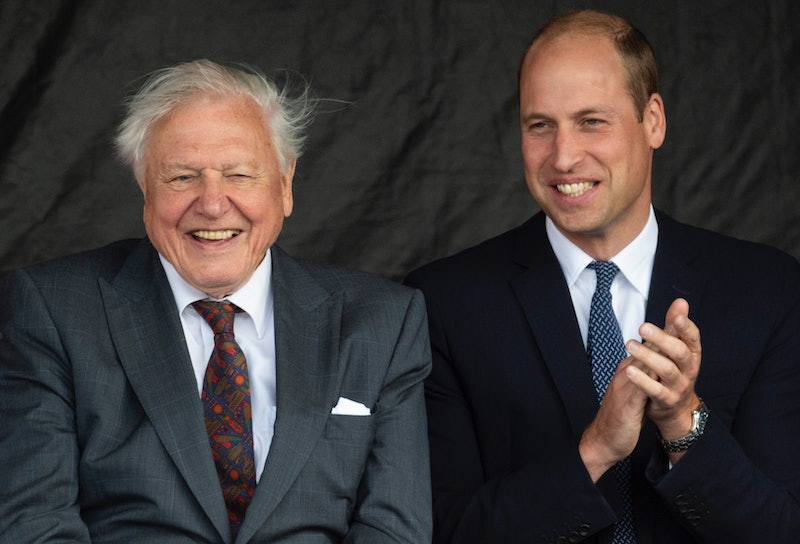 In an effort to save the planet by 2030, Prince William and David Attenborough are launching the Earthshot Prize. Making the announcement in an interview on BBC Radio 4's Today Programme, William and Attenborough stressed that major changes need to be made in order to have a cleaner and greener planet. "Suddenly we actually see the writing is on the wall. People can see it's happening and it is a matter of great urgency now," the natural historian explained. "The disaster we are facing is on a scale that has not been seen since mankind existed." This is where the Earthshot Prize comes in.

What is the Earthshot Prize?

Inspired by the name of the 1960's U.S. space programme Moonshot created by President John F. Kennedy, the Earthshot Prize aims to highlight "the ability of human ingenuity to bring about change, and inspire collective action" against climate change. Centred around five "Earthshots", the organisation aims to award "new solutions that work on every level, have a positive effect on environmental change and improve living standards globally, particularly for communities who are most at risk from climate change" the Earthshot Prize writes on their official site.

The five "Earthshots" are:

These, along with ideas presented by winners of the Prize, will provide at least 50 solutions to repair current environmental problems by 2030.

Set up by William through his Royal Foundation Trust over the past two years, the prince took inspiration and advice from the teams behind the Nobel Prize and Xprize to put his plan into action with the support of Attenborough. "The Earth is at a tipping point and we face a stark choice: either we continue as we are and irreparably damage our planet, or we remember our unique power as human beings and our continual ability to lead, innovate and problem-solve," William explains in a statement on the site. "People can achieve great things. The next ten years present us with one of our greatest tests — a decade of action to repair the Earth."

Five £1m prizes will be awarded over the next decade to "a wide range of individuals, teams or collaborations" and the money awarded "must be spent on developing your idea and trying to get it taken up around the world," per BBC News. Each winner will receive a global platform and a "prestigious profile", with their stories being showcased over the decade so their ideas and solutions can lead to achieving the five Earthshots.

Who's involved in the initiative?

Companies including Earthday, The Green Belt Movement, Greenpeace, National Geographic, the UN Environment Program, and the WWF will make up The Earthshot Prize Council. These organisations will be tasked nominating individuals or groups, shortlisting nominees, and awarding the prize each year to nominees.

This council will also comprise of celebrities from "the worlds of entertainment, sport, business, and the environment", per BBC News. These individuals will be ambassadors for the Earthshot Prize as well, using their platforms to give "publicity to the prize and its winners and helping motivate people around the world to environmental action.”

Calling for "amazing people" to create "brilliant innovative projects", William told Radio 4 that anyone could win the prize. As BBC News suggests, the prize could "go to new technology, a new way of doing things or a new policy — basically any good idea."

Nominees who are shortlisted but don't win will be given "support and opportunities to help scale their work, including being connected with an ecosystem of likeminded individuals and organisations," the Earthshot Prize writes on their site.

How do you apply?

Nominations open on November 1, and dozens of individuals and groups are invited to submit their nominations based on the nominee's "ability to identify the most impactful solutions" the five Earthshots. Anyone from individuals, community groups, scientists, and activists to leaders and governments can submit nominations to The Earthshot Prize Council.