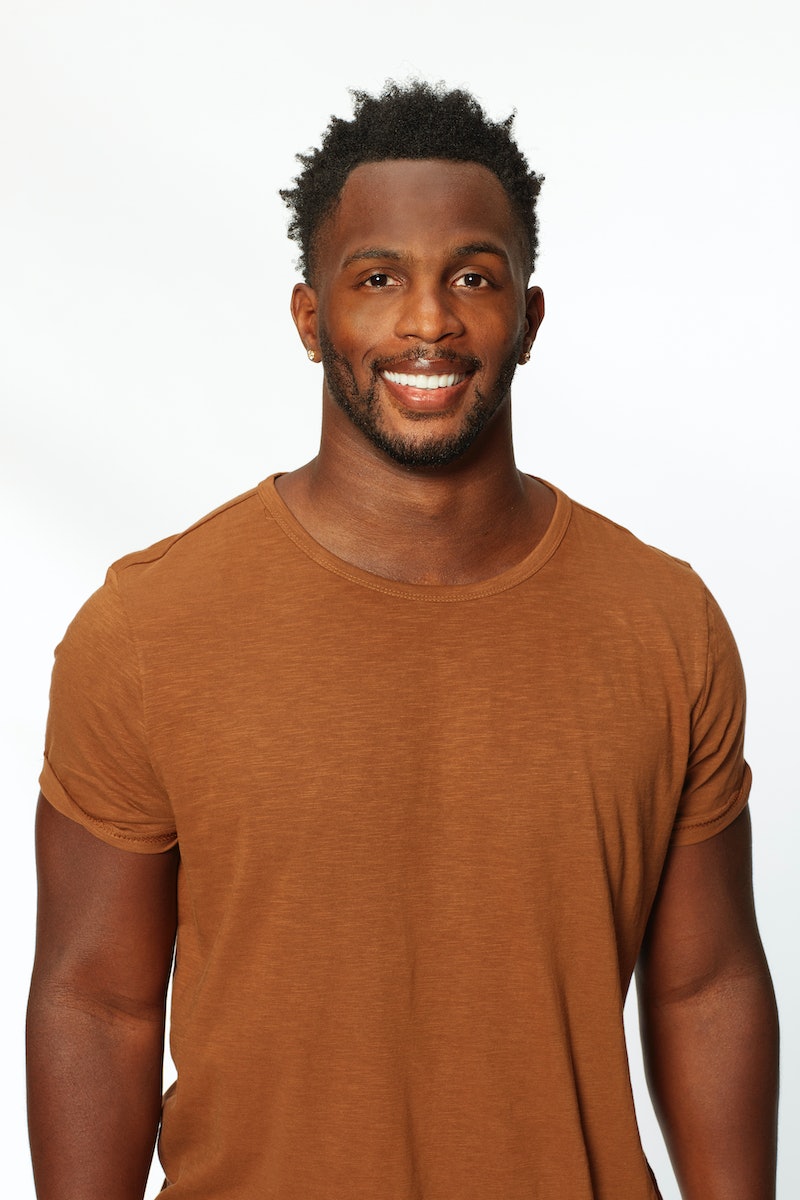 We didn't get to see much of Bachelorette contestant Uzoma "Eazy" Nwachukwu during Clare Crawley's time on the show, but he's apparently caught the eye of Tayshia Adams. The two reportedly go on a one-on-one date in the Dec. 1 episode, and Chris Harrison teased the former NFL player will be "a fan favorite." It's not yet clear how far Eazy will make it with Tayshia, but he seems to have won over fans. Here's everything to know about the 29-year-old.

Eazy is Sports Marketing Agent from Newport Beach, California. He played in the NFL for four years before moving to the marketing side of sports, and still "dreams of world domination and shows no signs of slowing down." Eazy reportedly has "a smile that lights up the room, a great career, and a fun personality to match." He's hoping that Tayshia will be "his queen" and "is looking for a woman to be the other half of a power couple."

Fans can learn more about Eazy on his Instagram, where he often posts funny dance videos and scenic photos from his beachside hometown, as well as shows off his unique style.

What Else Should I Know About Eazy?

Eazy's profile on ABC includes plenty of fun facts, including that he "hates insects, especially ones that fly," aspires to someday own the New York Yankees, and has seen every episode of Grey's Anatomy.

What Is Eazy Looking For On The Bachelorette?

Eazy's dream girl is someone who has "passion to be great in her career" but also knows how to "turn off work mode and enjoy the fun side of life," according to his ABC bio. He wants to make his family proud, and thinks there's no better way to do that "than by capturing the heart of America's most eligible Bachelorette."