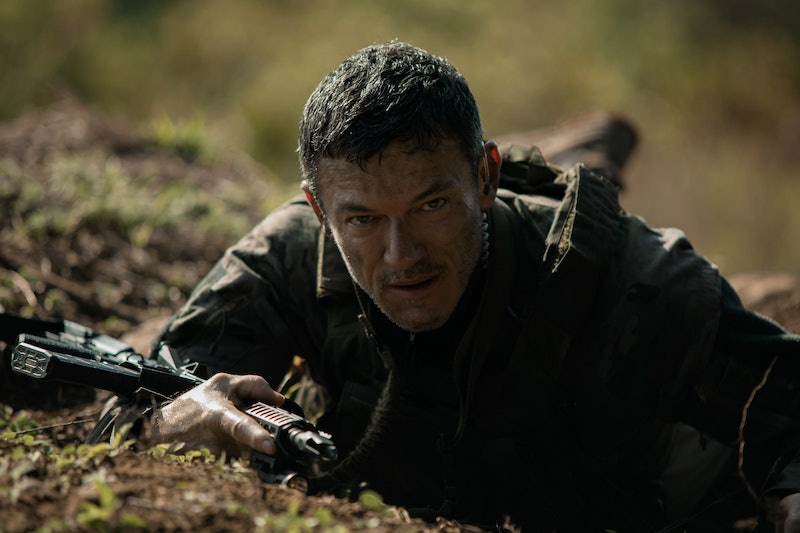 Set in South America, Apple TV+’s Echo 3 centers on the kidnapping of American research scientist Amber Chesborough (Jessica Ann Collins) near the Colombia-Venezuela border. Leading the white-knuckle rescue effort are her brother, Sgt. Alex “Bambi” Chesborough (Luke Evans), and her new husband, Sgt. Prince Haas (Michiel Huisman), who are both members of a U.S. Army special forces unit. With the Season 1 finale dropping on Jan. 13, Apple TV+ has yet to announce a renewal or cancellation — but there is some good news for fans hoping for an Echo 3 Season 2.

The drama is adapted both from Amir Gutfreund’s 2008 novel, When Heroes Fly, as well as the Omri Givon-created 2018 Israeli series of the same name that it inspired. Though the Israeli adaptation ran for only one season, Echo 3 creator Mark Boal — the two-time Oscar-winning writer and producer for 2008’s The Hurt Locker and 2011’s Zero Dark Thirty — is hoping for a longer run. “It was envisioned as a multi-season thing,” he told Variety in December 2022 of a potential second season, adding, “I feel pretty good about how the show’s performing.”

As you await an official announcement either way, here’s everything to know about a potential second season of Echo 3.

Any future casting announcements also remain forthcoming, but Evans, Huisman, and Collins were joined by fellow Season 1 stars James Udom (Mitch), Martina Gusmán (Violeta Matiz), and Bradley Whitford (Eric Haas II). In a November 2022 interview with ScreenRant, Boal explained how the Echo 3 casting process was a “whole treasure hunt” as he made his first foray into TV. “That decision of who you cast is hugely important, it’s probably the most important decision you can make as a filmmaker, so I took that hunt pretty seriously, and spent a lot of time on it,” he explained before describing a conversation he had with Evans. “The more we talked, the more I realized he was the perfect person.”

The “same thing happened” with Collins and Huisman as well. “Jessica Collins has so much [talent], she’s so gifted as an actor, and so much [range], that kind of became a no-brainer as well, and Michiel is also just an incredibly gifted actor,” Boal added. “I really was focused on the people who would be not necessarily going for the, although Luke is quite prominent, not necessarily going purely for the household name, but really trying to think in terms of ability and synchronicity with the part.”

Boal told Variety that he shot all 10 of the inaugural season’s episodes on location in Colombia and the U.S. “over more than 200 days.” Filming reportedly took place between June 2021 and February 2022, ahead of a November 2022 premiere. Pending the renewal timeline, a second season likely won’t be available to stream until 2024.

This post will be updated as more Echo 3 Season 2 details become available.

More like this
Everything To Know About 'Cobra Kai' Season 6
By Brad Witter
'The Crown' Season 6 Has Suspended Filming "Out Of Respect" For The Queen's Death
By Bustle Staff
Everything To Know About 'Selling The OC' Season 2
By Brad Witter
'Ted Lasso' Season 3 Might Be Its Last
By Zosha Millman and Grace Wehniainen
Get Even More From Bustle — Sign Up For The Newsletter
From hair trends to relationship advice, our daily newsletter has everything you need to sound like a person who’s on TikTok, even if you aren’t.