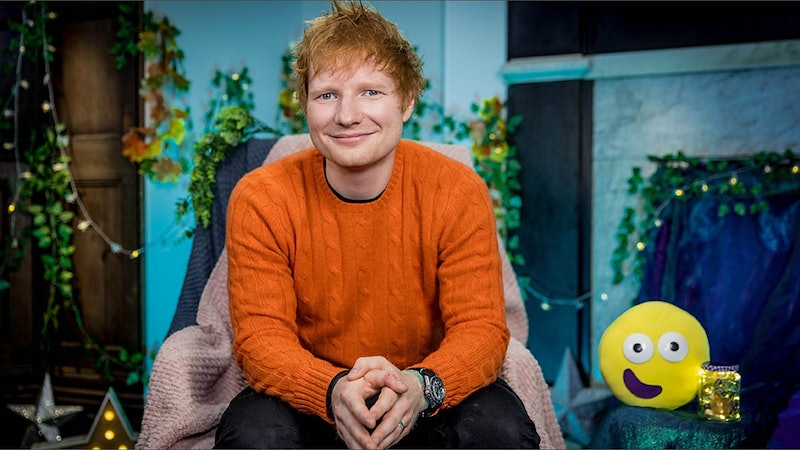 Ed Sheeran is the latest star to read a bedtime story on air for CBeebies, and his book choice has special significance.

Sheeran will read I Talk Like a River, by Jordan Scott and Sydney Smith, a story about a boy with a stutter. In the book, the young boy learns to overcome his stutter after his father tells him to imagine the flow of his words like a river.

The choice is a personal one for Sheeran, who had a stutter in his younger years. "Growing up, I had a stutter like the boy in ‘I Talk Like a River,’ so I'm delighted to be reading this story for CBeebies Bedtime Stories, especially as I'm a new dad myself,” Sheeran said in a statement.

"I hope the story helps inspire and support other children who stutter," he added.

Sheeran has previously spoken out about how he overcame his childhood stutter. As NME reports, while giving a speech at the New York fundraiser for the American Institute of Stuttering in 2015, he shared how he learned to rap like Eminem to help with his stammer.

The singer is not the first big star to read a bedtime story for CBeebies. In fact, the channel has seen a stream of A-listers appear, including the likes of Dolly Parton, Chris Evans, Ryan Reynolds, and more recently, Bridgerton’s Regé-Jean Page, which caused quite the stir for the stars of Gogglebox, who were later filmed watching his segment.