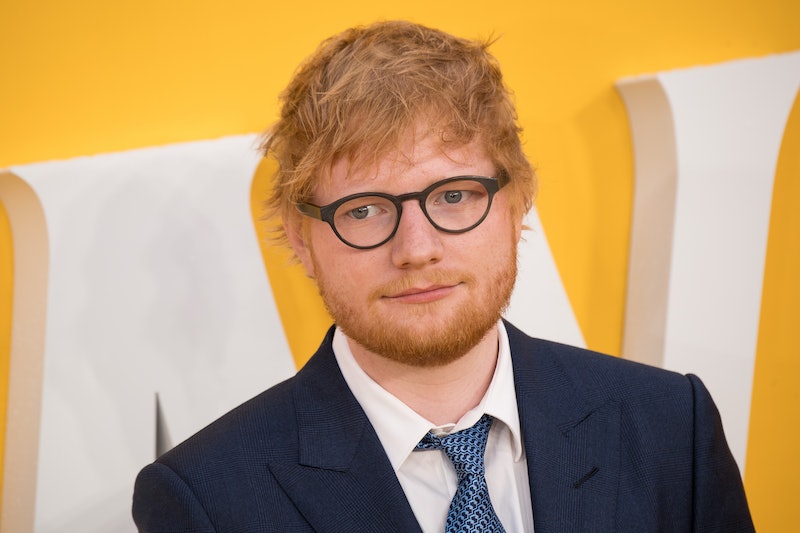 We’re just days away from the release of Ed Sheeran’s fifth studio album = (Equals), and let’s just say release week isn’t going quite as planned. On Sunday, Oct. 24, the “Bad Habits” crooner revealed that he tested positive for COVID-19, which will impact some of his upcoming plans to promote the new record.

“Quick note to tell you that I’ve sadly tested positive for Covid, so I’m now self-isolating and following government guidelines,” Sheeran wrote on Instagram. “It means that I’m now unable to plough ahead with any in person commitments for now, so I’ll be doing as many of my planned interviews/performances I can from my house.” He closed out his statement by apologizing to “anyone I’ve let down.”

The announcement came one week after the pop star performed at the first-ever Earthshot Prize awards at Alexandra Palace in London. The event was hosted by Prince William and Kate Middleton, whom he was photographed with. Per The Washington Post, Kensington Palace has not revealed if the duke and duchess have been tested for COVID-19 since the news of the singer’s diagnosis.

It’s possible that Sheeran experienced a breakthrough infection, especially after singing about the importance of getting jabbed on The Late Late Show with James Corden this summer. “Moderna or Pfizer will do, you’ll be good after jab number two,” he sang to the tune of “Shape of You.” Bustle has reached out to the singer’s rep about his vaccination status and will update this story accordingly.

For now, it remains unclear which appearances Sheeran will move forward with remotely and which will be canceled altogether. Per the UK’s coronavirus rules, those who test positive must isolate for 10 days from the onset of symptoms, or from the date the test was taken if they’re asymptomatic. Sheeran’s upcoming performance on the Nov. 6 episode of Saturday Night Live falls outside this window, but it’s unknown if he will be able to safely fly to New York in time.

According to Page Six, SNL producers are currently “scrambling” to find a replacement for Sheeran who “appeals to the same demo.” However, if they can’t find someone else to be the musical guest, it’s possible that Sheeran will be able to perform from home. “Ed is offering to perform live via video link, but this isn’t something SNL does,” a source told the outlet. “The show likes to have the performer in studio.”

More like this
J. Lo Just Announced A New Album — And Ben Affleck Inspired At Least 1 Song
By Stephanie Topacio Long
Mollie King & Stuart Broad Just Shared The First Pic Of Their Baby
By Sophie McEvoy
Kendall Jenner & Devin Booker’s Relationship Timeline From Start To Finish
By Jordyn Tilchen and Jake Viswanath
Read Dan Levy's Heartbreaking Message After The Club Q Shooting
By Stephanie Topacio Long
Get Even More From Bustle — Sign Up For The Newsletter