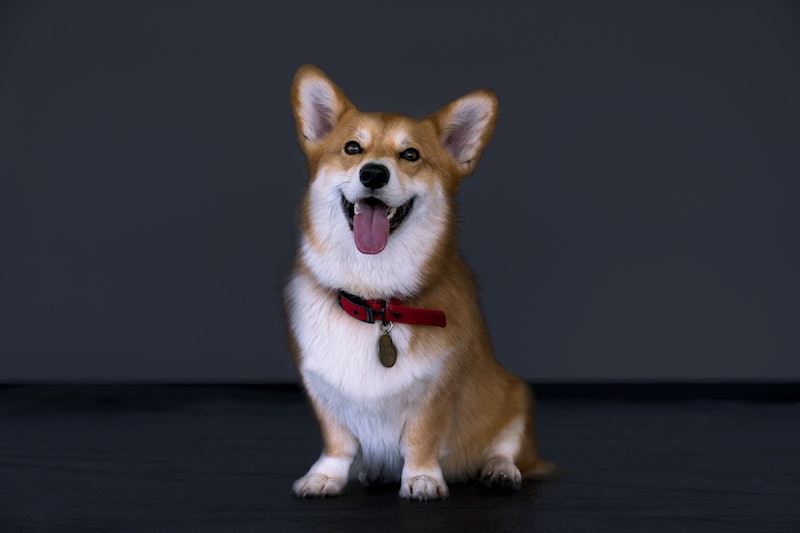 Cowboy Bebop has it all: epic sci-fi adventure, hot John Cho, and perhaps most importantly, one incredibly cute dog. Adapted from the Japanese anime series of the same name, the Netflix show follows three bounty hunters tracking down the galaxy’s most notorious criminals while trying to outrun their own sordid histories. Spike Spiegel (Cho), Jet Black (Mustafa Shakir), and Faye Valentine (Daniella Pineda) head up the cast, but their trusty dog Ein — short for Einstein — is never far behind them.

Known as a “data dog,” the super smart Pembroke Welsh Corgi was modified in a research laboratory. It’s not known exactly what was done to him, but his intelligence far exceeds that of any animal and most humans. He’s able to answer the phone, watch television, telepathically hack computer databases, speak to other species, and use a steering wheel — though he needs some help with the pedals. Despite his advanced intellect, Ein can still only communicate by barking, which means his abilities often go unnoticed. His typical method of communication is to bark once for “yes” and twice for “no.”

Ein joined Spike, Jet, and Faye after being smuggled out of a laboratory in a briefcase by Abdul Hakim (played by Cali Nelle in the show). Abdul planned to sell the dog, but the briefcase was stolen by another thief while he was setting up a meeting with the buyer. Abdul — who was unknowingly being tailed by Spike — later caught up with the thief, at which time Ein got loose. Spike later attempted to use Ein as bait to attract Hakim, but Ein got distracted by a dog whistle and fled. Hakim then re-captured Ein, but he eventually got away and was saved by Spike, who let Ein join his crew despite his distaste for animals.

In the Netflix series, Ein is played by a pair of corgis named Charlie and Harry. "They're both fantastic. They're little kings of the set. Everybody wants time with the corgis,” showrunner André Nemec told Entertainment Weekly of the dogs.

The stars of Cowboy Bebop were equally entertained by Charlie and Harry’s antics on set. "If you didn't have food, they would smell that you didn't have food and walk away," Pineda said — hough according to Shakir, the duo found their fair share of scraps. "I have to carry them all the time. I'm like, 'I can't believe that this dog is this heavy,'" he told EW. Hopefully they’re just as delightful onscreen as they were behind the scenes.