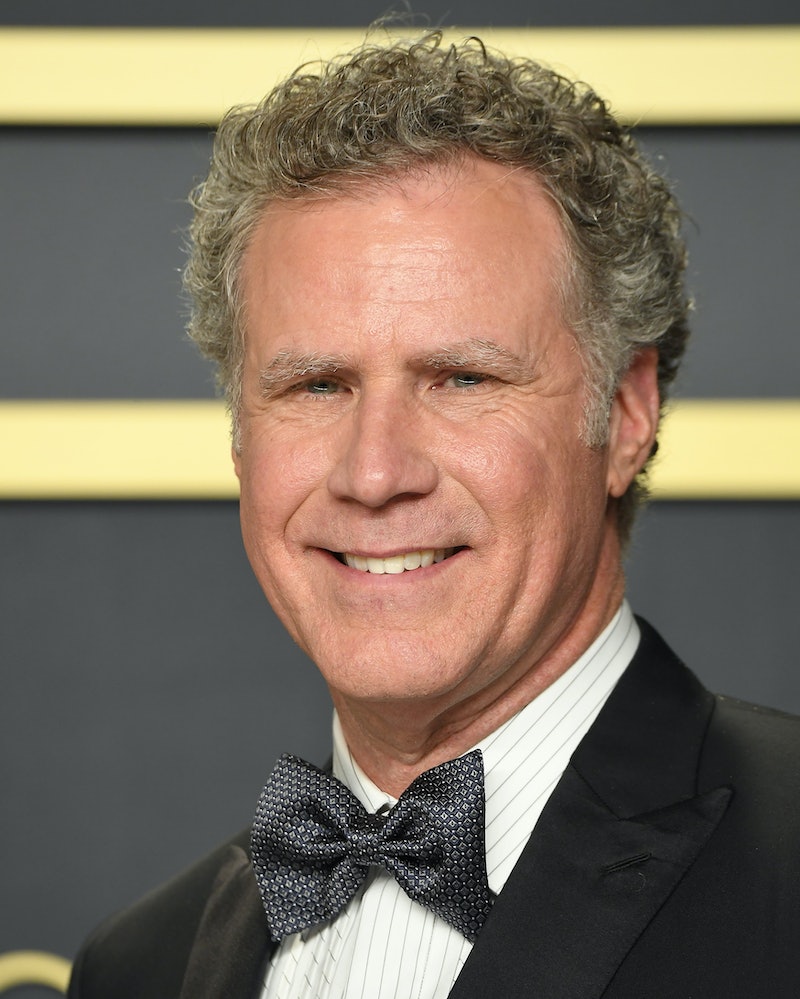 If you believe the best way to spread Christmas cheer is singing loud for all to hear, then the Elf cast reuniting means that the holiday spirit has never been higher. The Elf reunion saw Will Ferrell recreate the infamous "Baby, It's Cold Outside" scene with co-star Zooey Deschanel. Even over Zoom, the scene felt just the same (endearingly awkward despite those questionable lyrics) over a decade later.

On Sunday, Dec. 13, Ferrell and Deschanel virtually reunited with their Elf co-stars, including Amy Sedaris and Mary Steenburgen, for a live table reading of the 2004 movie to raise money for the Democratic Party of Georgia in advance of the state's Senate run-off elections in January. Some special guests also joined in on the fun. John Lithgow, Wanda Sykes, Ed Helms, Busy Phillips, and Pod Save America host Jon Favreau all carved some time out of their schedule to celebrate the holiday classic.

When it came time for the scene in which Buddy the Elf (Ferrell) creepily joined Jovie (Deschanel) in jamming out to "Baby, It's Cold Outside" while she was in the shower, the actors fell right into place. Deschanel even replicated the shocked reaction Jovie had when she discovered Buddy was hanging out in the bathroom at the same time. Deschanel later shared the scene on Twitter, thanking everyone who tuned into the reunion. "So excited we were able to reach our goal of over $400k!" she revealed. "Loved reuniting with the cast and all our very special guests."

Ironically, the now-infamous scene almost didn't make the film. As Deschanel told Entertainment Weekly in November, the duet wasn't in the original script and was only added to tailor part of the film to her and show off her vocal chops. "I remember [director] Jon Favreau telling me that they were catering it to whoever played the part," she said. "One actress they were looking at was good at skateboarding. But I had a cabaret act at the time, and I was performing a lot. They knew that I was a singer, so they put that in to be my special thing that he could discover I was good at."

The rest of the reunion was just as faithful to the film — except for the ending. Before the finale, Helms warned viewers that the cast wouldn't be singing "Santa Claus Is Coming to Town" because they couldn't get clearance to perform it. "Apparently, we think that perhaps Republicans own the rights to that song because we got an unkind email when we asked for the rights to do it today," he joked, voicing his support for Georgian Senate candidates Jon Ossoff and Reverend Raphael Warnock. "That's what I heard anyway. Who knows?" Instead, they replaced it with "Jingle Bells," which was just as delightful.