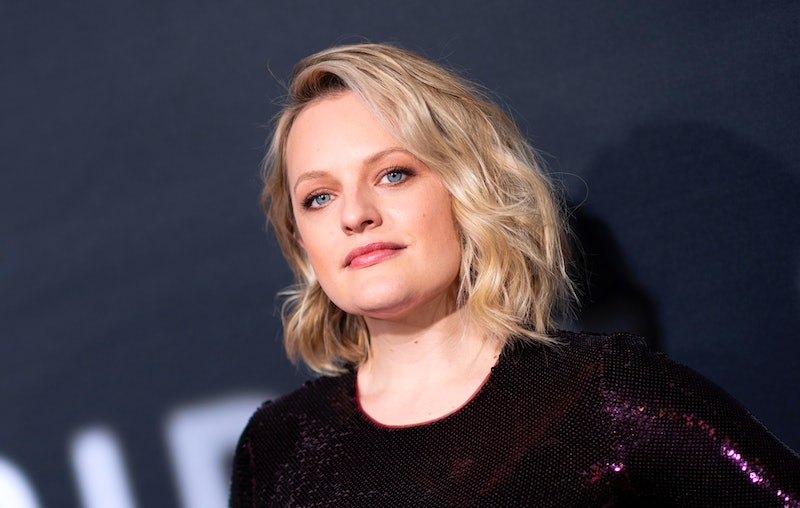 There's a new miniseries in the works that's simply to die for. According to Entertainment Weekly, Elisabeth Moss is set to play real-life killer Candy Montgomery in an upcoming limited series, tentatively titled Candy. As of right now the series is part of a UCP production, a division of Universal Studio Group, and has yet to find a home on a specific network or streaming platform or network, though the premise is scintillating enough to inevitably entice a few promising prospects.

Moss will serve as the title character of Candy Montgomery, a Texas housewife with the seemingly picture-perfect life, including a husband and two children — that is, until she found herself accused of murder. In 1980, Montgomery was put on trial for brutally killing her friend from church, Betty Gore, with an ax. The twist: Montgomery had been having an affair with Gore's husband, Allan Gore. The story was a huge scandal at the time, inspiring may articles, books, and even a made-for-TV movie starring Barbara Hershey.

Robin Veith, who worked with Moss previously on Mad Men and served as a writer and executive producer on Hulu’s true-crime miniseries The Act, penned the script for the pilot and joins Nick Antosca as co-EPs in the project. "The unique tale of Candy Montgomery is one Nick has been passionate about telling for a very long time. After working with Robin on The Act, the two crafted an incredible script that is tense, twisted and tempting,” UCP president Dawn Olmstead said in a statement, as per The Hollywood Reporter.

For her part, Moss seemed just as excited to delve into the series and channel her inner-killer instincts. “I have been wanting to play an anti-heroine for a while now, and have been trying to work with Robin again after Mad Men for even longer,” Moss said in a separate statement. “So when she asked me if I wanted to play a housewife from Texas who, some would say, got away with murder, I simply said, ‘Where do I sign?'”