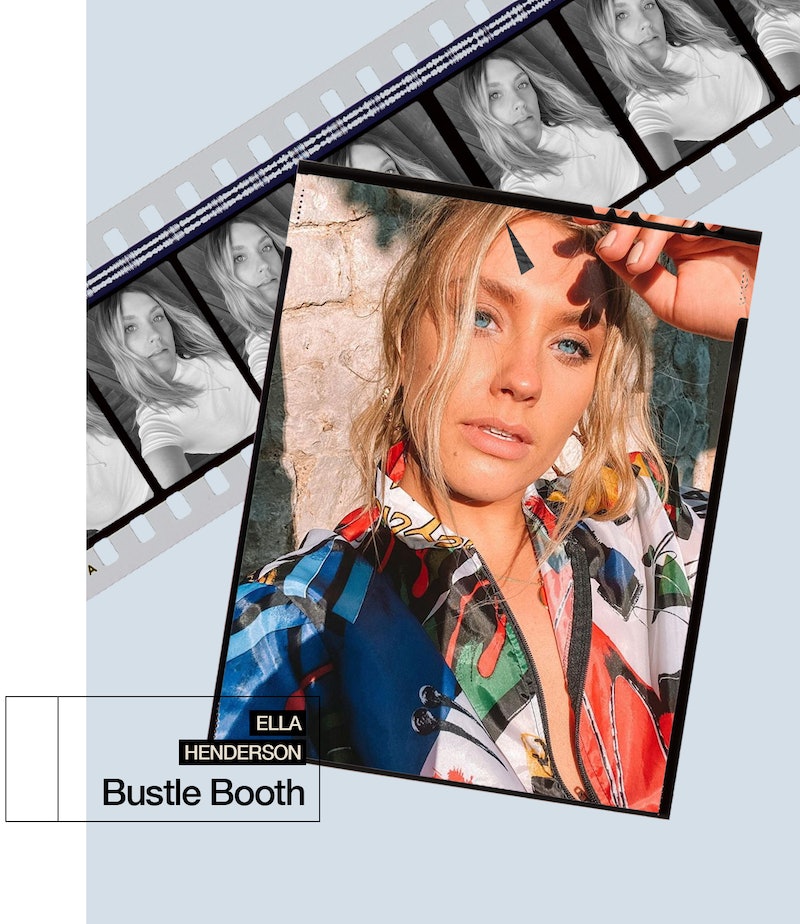 It's been eight years since a 16-year-old Ella Henderson appeared on our screens during her X-Factor audition and stole viewers' hearts. But the now-24-year-old is just as excited about music — and performing — than ever before. "I can’t wait to get back to performing again, I’m absolutely craving getting back on stage," she tells me.

Henderson used a big chunk of her time during lockdown this year getting creative and making the best of a bad situation. Her new single "Dream On Me," was, in fact, inspired by the pandemic and the tumultuous period of lockdown it necessitated. "Ultimately the song is about being apart from the people we love and what it will be like to eventually have that feeling when you reunite with each other," she says, before explaining that it was inspired by "old Ibiza dance bangers," and was written in forty minutes flat.

That's not to say that the singer didn't also use lockdown to take pause and enjoy the simple pleasures of life too, as well as working on her music. "Normally I live such a fast-paced lifestyle in London so it was nice to slow everything down a little bit and go and live with my parents for eight weeks," she tells me, adding: "I’ve figured now that one of the best things ever is just sitting and having a cup of tea with my mum."

She also used the time to think about what was next, and take care of her mental health in a way that perhaps she had been too busy to do before. "I am such a worrier because I care about things, and I am also such a people pleaser. Ultimately I have just realised that you can’t worry about everything at once because you simply can’t please everyone at once. So just start with yourself, please yourself and then work on the things around you."

It's not always been as straightforward to openly discuss and focus on your mental health in the music industry, however, which is something Henderson acknowledges. Unlike the Little Mix band members, who recently shared that they felt they didn't receive proper aftercare after being on The X Factor, Henderson insists her own experience was "really great," but that back then, mental health was still a "taboo subject" in many ways. "Labels are so much more understanding of it now than they were back then. It’s taken a lot more seriously now than it was in the past," she explains.

Get to know more about Ella – including her (highly relatable) TV obsession – in her Bustle Booth questionnaire below.

“Did we just become best friends?”

She’s a good craic and always there to cheer me up when I’m down.