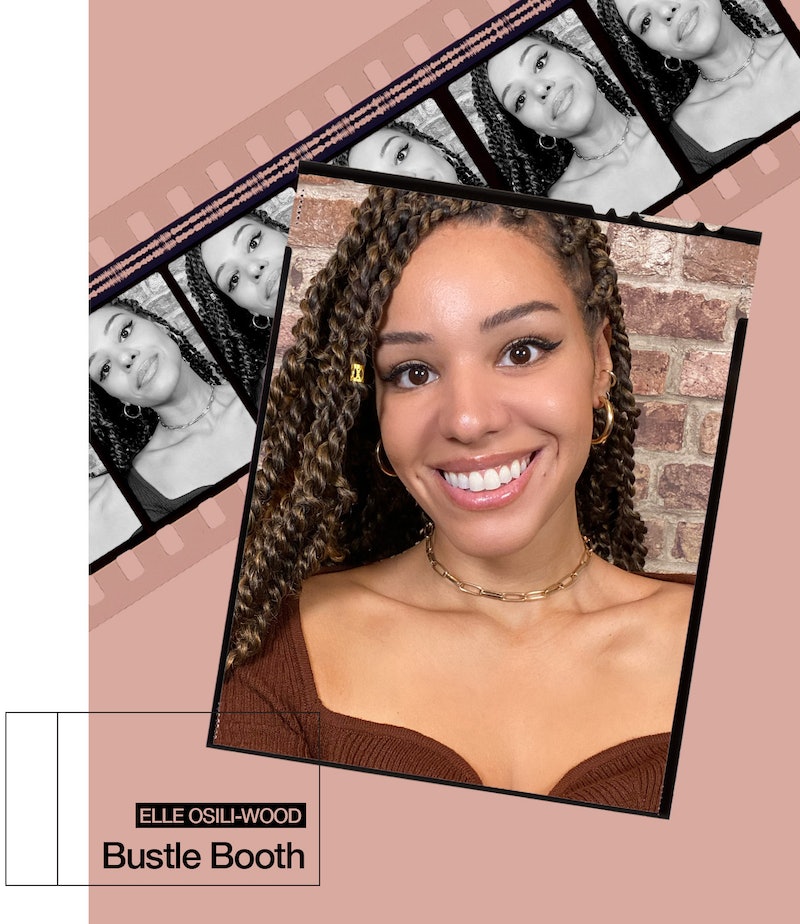 “I’m type-A, definitely,” admits presenter Elle Osili-Wood with a friendly shrug and a smile, acknowledging that when it comes to her decade-long career across BBC television and radio, she has never been afraid to shoot her shot. Beaming brightly over Zoom, the BBC Animated Shorts presenter muses, “You have to tell the world your dreams. It may sound cheesy but – genuinely – nobody is out there creating it for you.”

It’s why Osili-Wood had already claimed 2021 as her “breakthrough year” before even being announced as one of the 36 “must-watch” UK creatives in film, games, and television for this year’s BAFTA Breakthrough initiative. Following in the footsteps of past cohorts such as actors Letitia Wright, Florence Pugh, and Josh O’Connor, it’s an honour Woods says is “validating.”

“It’s really good to have an organisation like BAFTA be like, ‘Don’t worry, you’re on the right track,’” she tells me. In addition to her recent ARIA nomination, the BAFTA recognition is a significant achievement for Osili-Wood, who switched from pursuing a career in political reporting to taking a chance on arts and entertainment journalism after “one life-changing conversation” ten years ago.

“As much as I love politics, it is hard to be as compelling and engaging when standing outside of Westminster in the rain for twelve hours,” she says, chuckling.

Instead, Osili-Wood chose to focus on subjects she was passionate about, from working with the Royal Opera House to offering in-depth and compelling analysis of the games industry. Having previously hosted for Playstation and fronting BBC Three documentary series Inside Games: Special Characters, the presenter says she is a “proud gamer” and has, through her work, tried to encourage traditional media to pick up a control pad — although, not all were convinced at first.

“The first time I tried to cover games I was told it was an ‘infantile hobby’ and I didn’t need to do it,” she says. “For a long time games were treated as tech, and treated as something as kids do, when actually they are these incredible worlds at the forefront of creative innovation and storytelling... So, I knew early on, I wanted to talk about these worlds in a way that hadn’t been explored in mainstream media before.”

As for what’s next, the go-getter is game for more passionate storytelling with the help of BAFTA’s career development and mentoring scheme, and is working on an upcoming project that’s a mixture of gaming, sport, and adventure. The presenter admits she’s “lucky” to able to do what she loves, on her own terms, and stresses that more women should be brave enough to “tell people about [their] big plans.”

Get to know more about Osili-Wood in her Bustle Booth below.

I don't love coffee, so an obnoxiously large hot chocolate, and realistically, whatever food looks good at the counter.

Pisces (but I don't believe in astrology).

A full rendition of Will Ferrell’s “I think my legs are broken” scene in Austin Powers. It comes up more than you’d think.

X-Men, without a doubt. I'm still hoping I might turn into Storm one day.

I Think You Should Leave is probably my favourite television show of all time, and it's reached the point where I don't remember who I was before I watched it. It's a masterpiece.

Definitely Taskmaster – it looks like so much fun. Plus, as a TV presenter, you're always doing weird things like playing Kerplunk against a raven or eating a whole jelly without using your hands (don't ask), so I feel like I've been in training all my life!

Can you believe I've never done karaoke? So hypothetically, DMX “X Gon' Give It To Ya”.

I'm devastated we’ve lost Virgil Abloh, but it's been incredibly inspiring to reflect on the groundbreaking life he built for himself, completely on his own terms. Even better, so much of what he achieved was to elevate others alongside him. For me, that should always be the goal.

Ideally, "For a stunning, Nobel Prize winning billionaire, I can't believe how humble she is." If not, "I loved working with her" would be great.

More like this
Here’s How You Can Watch The Grammys 2023 In The UK
By Emma Madden and Catharina Cheung
Vanessa Bauer Is Reportedly Dating Her 'Dancing On Ice' Partner
By Darshita Goyal
Maya Jama’s Net Worth Definitely Won’t Give You The Ick
By Sophie McEvoy
Con O'Neill Was Connected With Sarah Lancashire Long Before 'Happy Valley'
By El Hunt
Get The Very Best Of Bustle/UK
Sign up for Bustle UK's twice-weekly newsletter, featuring the latest must-watch TV, moving personal stories, and expert advice on the hottest viral buys.