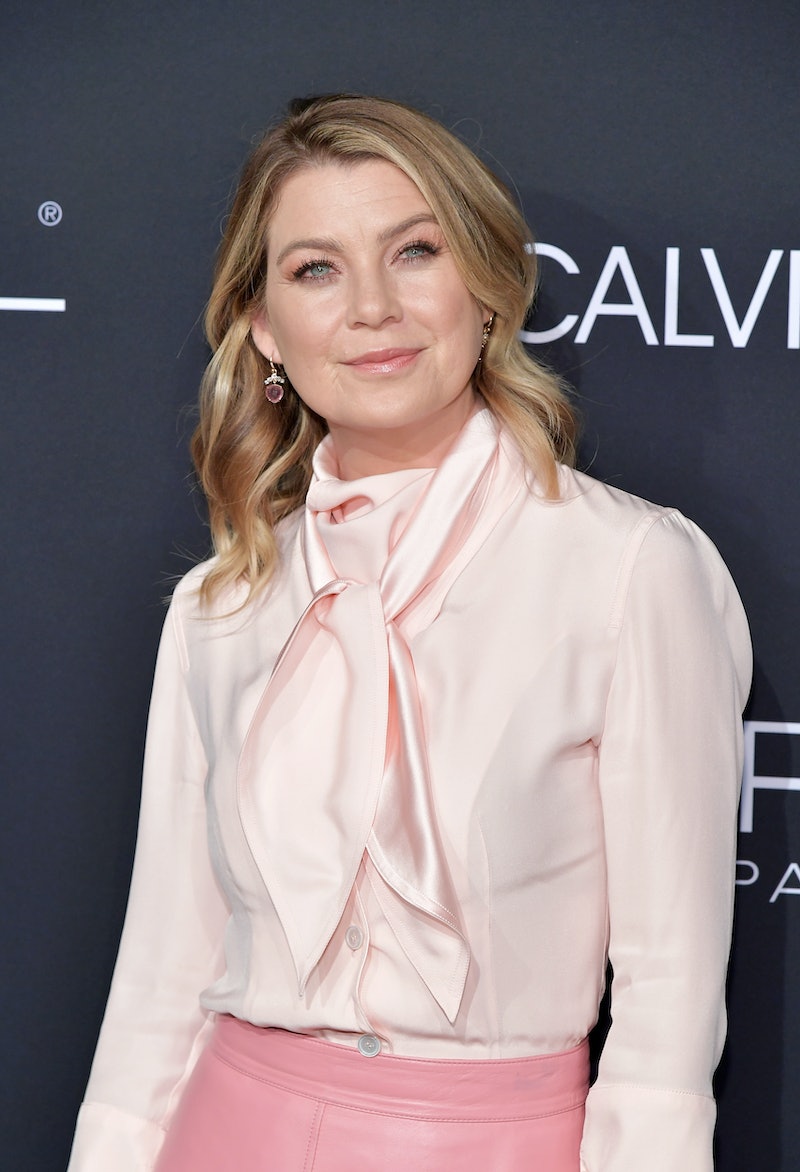 Following an emotional two-hour midseason premiere, Ellen Pompeo celebrated her Grey's Anatomy co-star Giacomo Gianotti on Instagram, wishing the actor well after his character’s death in the episode. Giannotti’s character, Dr. Andrew DeLuca, was attempting to catch and expose a sex trafficker but was stabbed while in pursuit. He was brought to Grey Sloan Memorial for emergency surgery, and while his fellow doctors worked hard to save his life, the character ultimately died on the operating table.

On Saturday, March 13, Pompeo posted a selfie with Giannotti on Instagram, praising the actor for his work on the show. “Bravo @giacomo_gianniotti You will be missed,” the actor wrote. “Thank you for showing up and being the consummate professional every time you walked on set.” Pompeo, who plays Dr. Meredith Grey on the medical drama, went on to call working on the show “a masterclass in patience and in having to be present no matter how monotonous it may get.” She added, “You aced it.”

Pompeo also wished her former co-star the best in his acting career after Grey’s, encouraging him to “go have some fun and apply all that skill!!” She added that the two would stay in touch, writing, “I’m excited for your future... and remember wine and pasta with me will always be a part of it!! Tuo amico per sempre.”

Giannotti reposted the tribute on his own Instagram on Saturday, writing, “My last day on set... on the beach with this beach waved beauty.” The actor also tweeted about his emotional departure from Grey’s Anatomy. “Thank you to all the fans who loved Deluca as much as I did,” he wrote. “Telling his story was and will be one of the great honors of my life.” He shared the tweet on Instagram as well, including a message for his co-stars in the caption: “It has been a privilege to share the screen with you all, this is where I exit stage left. But the show must go on and I cannot wait to see what you all do next. ... I will love you all forever.”

On Friday, Giannotti discussed his character’s shocking death in an interview with Shondaland, revealing the moment was a secret to everyone besides him and the producers until the table read. The newly-departed star also discussed his working relationship with Pompeo, saying she’s “been a friend and a mentor and I’ve learned a ton from her.” He added, “I’m grateful this show has given me Ellen, and all the other actors who I’ve become friends with, too.”

More like this
The First Trailer For 'That '90s Show' Includes So Many Nods To The Original Series
By Jack Irvin, Alyssa Lapid and Grace Wehniainen
What Jen Shah's Delayed Sentencing Could Mean For The 'RHOSLC' Season 3 Reunion
By Brad Witter and Jake Viswanath
Taylor Swift Fans Sue Ticketmaster For The Eras Tour “Ticket Sale Disaster”
By Jake Viswanath
You Definitely Know The Voice Of Shuri's AI In 'Black Panther: Wakanda Forever'
By Brad Witter
Get Even More From Bustle — Sign Up For The Newsletter