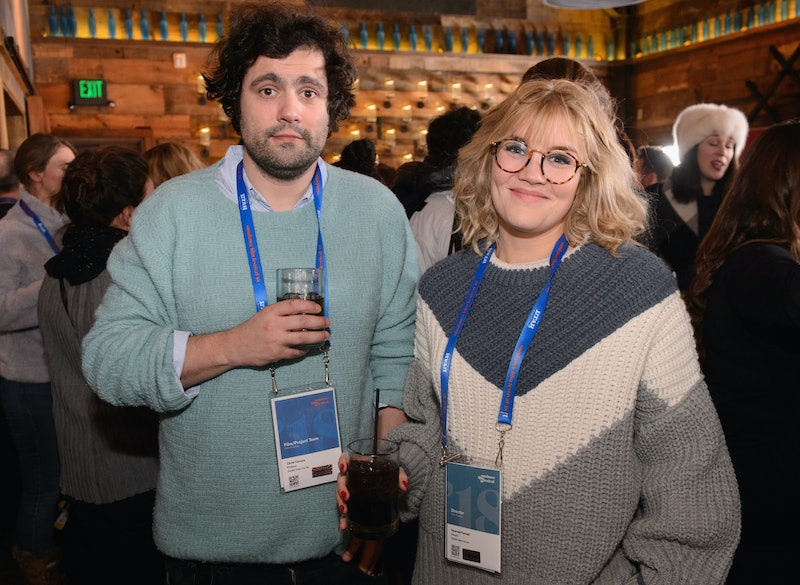 At last night’s Oscars ceremony, Emerald Fennell won the accolade for Best Original Screenplay. And in her acceptance speech (which she said she had not planned ahead of time), the actor and director thanked her husband Chris Vernon, a fellow director. But who is Emerald Fennell’s partner Chris? Here’s what we know about him.

Fennell has generally kept her private life under wraps, meaning details are scarce. Neither Fennell nor Vernon – an American film and advertising director – have publicly shared how they met or when they became married, but we do know that the pair share a son — who was born in May 2019 — and that Fennell is currently pregnant with the couple’s second child.

Speaking about the experience of directing Promising Young Woman while seven months pregnant, Fennell told film critic Roger Ebert that the process wasn’t actually as difficult as she had anticipated.

“It just wasn’t that bad,” she said in an interview for Ebert’s website in March 2021.“I think that’s the important thing. Like a lot of women, I was terrified that it would stop everything in its tracks. But women do much harder things – much harder things – than direct films when they’re seven months' pregnant. Lots of women have done it before and will do it again, but the thing that’s important to say is that it was completely possible and it was completely fine. I was just incredibly grateful that I was working with people who were so cool about it. I think women can just do whatever they want to, really.”

Fennell has collaborated with her husband in the past; the pair worked on a short film together back in 2018 about robots. AI Therapy centres around a young robot who’s having a mental health crises, and was published via TED. The film starred Fleabag actor Hugh Skinner.

It appears that Vernon also worked as a producer for the 2018 movie Careful How You Go (which featured another Fleabag star, Phoebe Waller-Bridge), and also directed 2017’s Split Milk.

The firmly private pair also do not have public Instagram accounts, meaning keeping up with them can be a bit of a challenge.

More like this
Daryl McCormack Has A Very Special Lady In His Life
By El Hunt
Jemima Khan Used Her Own Life As Inspo For 'What’s Love Got To Do With It?'
By Darshita Goyal
Gerard Butler Insisted On Adding This Pivotal Scene To 'Plane'
By Catharina Cheung
You’ll Definitely Recognise Isadóra Bjarkardóttir Barney’s Mum
By Maxine Harrison
Get The Very Best Of Bustle/UK
Sign up for Bustle UK's twice-weekly newsletter, featuring the latest must-watch TV, moving personal stories, and expert advice on the hottest viral buys.