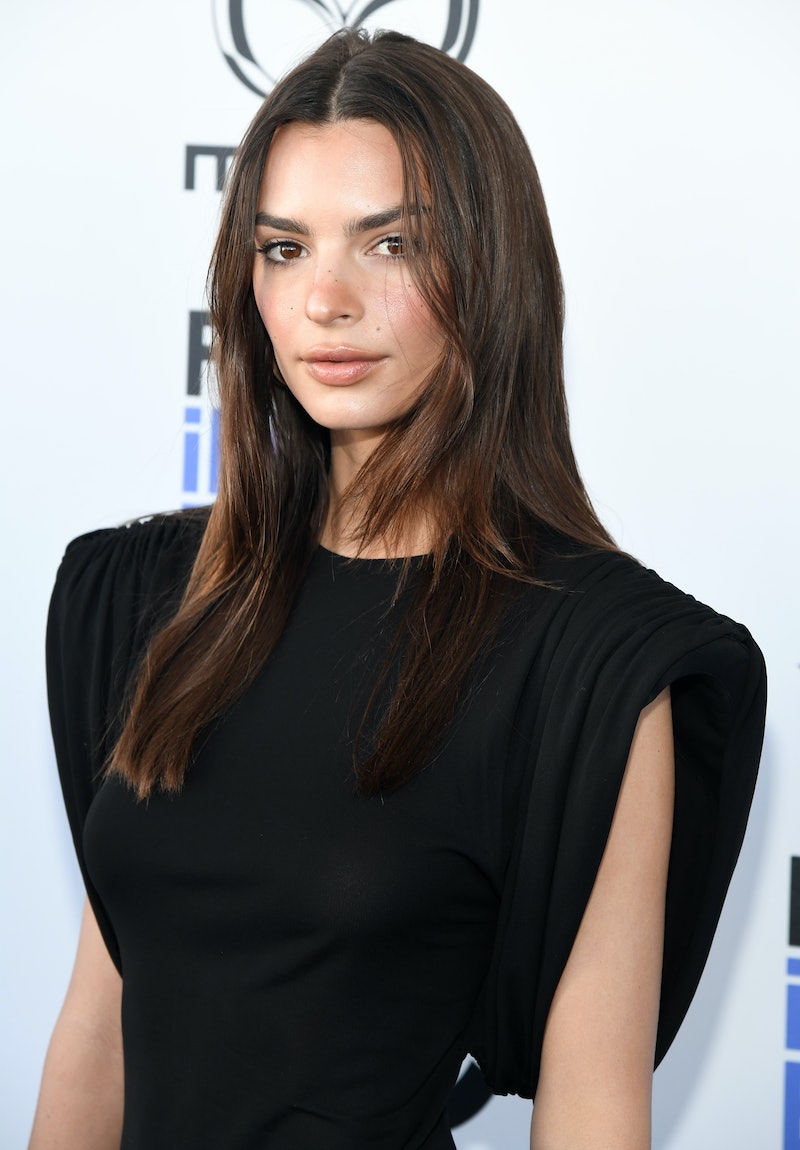 In a thoughtful essay about gender stereotypes forVogue, Emily Ratajkowski revealed that she's pregnant and expecting her first child with husband Sebastian Bear-McClard. Ratajkowski did a surprise cover shoot for the magazine's online issue and wrote in her own words about the "magic and mystery of pregnancy." The model and actor also shared a pregnancy reveal video directed by Lena Dunham, titled, "who will you be?"

The Vogue essay focused mainly on why she doesn't want to reveal the gender of her baby, writing, "we won't know the gender until our child is 18 and that they'll let us know then." Ratajkowski, 29, wrote that while "everyone laughs at this," the couple is standing behind the decision: "We ultimately have no idea who—rather than what—is growing inside my belly."

Ratajkowski went on to explain that there are more important questions to ask, such as, "Who will this person be? What kind of person will we become parents to? How will they change our lives and who we are?" She added that these were "wondrous and terrifying" ideas that rendered the couple "both helpless and humbled."

The baby announcement isn't the first time the I Feel Pretty star has surprised fans with a major life update. In 2018, Ratajkowski wed Bear-McClard and in a surprise ceremony, posting the exciting news on Instagram after already exchanging their vows. Bear-McClard appears in the pregnancy announcement video, with the couple sharing a montage of sweet photos and moments from the model's pregnancy.

In her essay, Ratajkowski went into further detail about why she and Bear-McClard plan to wait for their child to reveal their own gender, saying that "everyone has opinions on what to expect from a boy or a girl" and that she doesn't like how we "force gender-based preconceptions onto people, let alone babies." The Inamorata founder expressed anxieties about how the baby would be subjected to the "constraints and constructions of gender" before they were even born.

The Welcome Home star also wrote about letting go of the need to be in control, explaining that she doesn't spend time envisioning "a pink or blue blanket in my arms." Instead, she's enjoying "a new sense of peace," adding that her pregnancy has already been an incredible learning experience "full of wonder."

On Instagram, Ratajkowski posted a photo of the Vogue cover and reiterated her excitement, simply writing, "Grateful & growing." She also posted a glimpse of the pregnancy announcement video for her followers, adding that she wrote and filmed it herself at home. "I'll cherish this video as long as I live," she said.

More like this
Every ‘RuPaul’s Secret Celebrity Drag Race’ Contestant’s Identity Has Been Revealed
By Brad Witter
14 Powerful Marilyn Monroe Quotes About Love & Heartbreak
By Marina Watts
Jonathan Bailey’s BTS ‘Bridgerton’ Photos Celebrate 6 Months Of “Kanthony”
By Stephanie Topacio Long
Who Is Nick Cannon Dating & How Many Kids Does He Have?
By Jordyn Tilchen and Radhika Menon
Get Even More From Bustle — Sign Up For The Newsletter