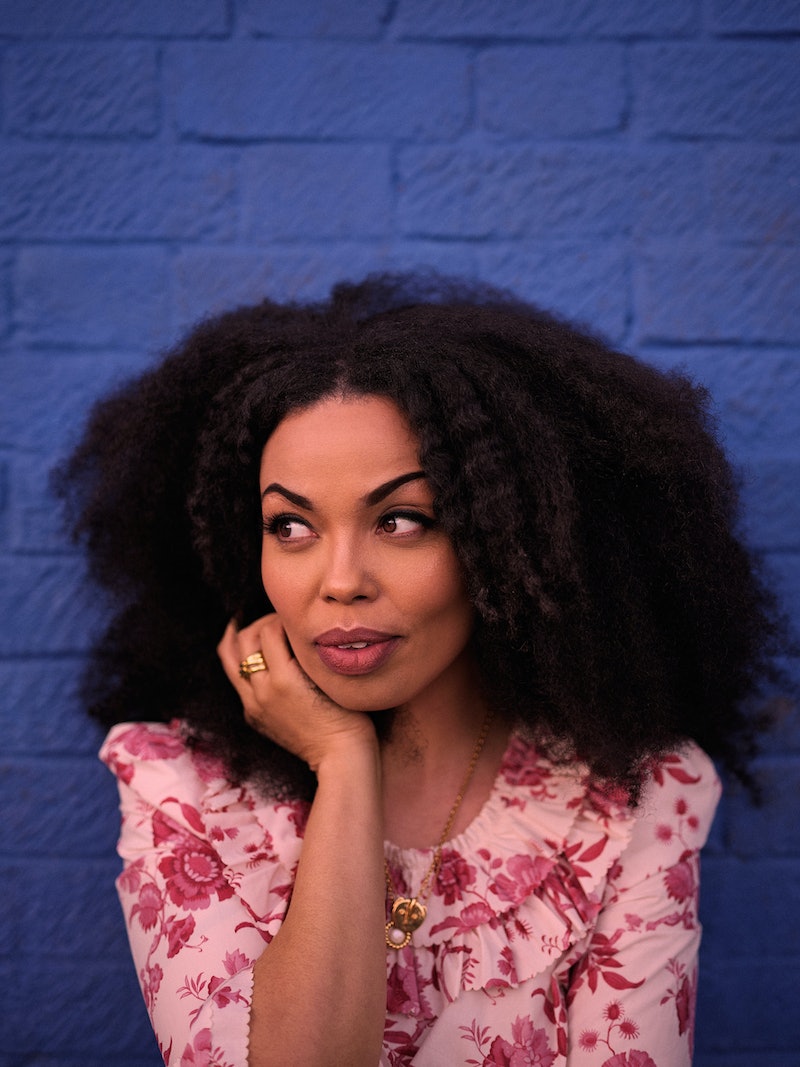 Emma Dabiri is a busy woman. The best-selling author, academic, and broadcaster is expertly multitasking — popping lunch on the stove while taking care of her 18-month-old son, joyfully gurgling in the background — as we discuss her latest book via Zoom. “This is also how I wrote the book,” she says, taking in her surroundings, “so it took a little longer to write than I expected.” Like her manifesto, though, she is enviably clear, logical, and has that dash of wry humour that has come to characterise her writing.

The book in question is, of course, What White People Can Do Next, which has become a smash hit since it first launched in April. After a year fraught with the reality of racism, it had felt to me like despite the abundant “discourse” about racism, there was still very little to actually be hopeful about in terms of real change. Dabiri’s book provides a tonic: a palette cleanser to the neo-liberal approach of dismantling racism we’ve grown accustomed to.

I remember when I first saw the title and accompanying floral cover. I (wrongly) assumed it was another run-of-the-mill anti-racism book. “People thought it was a cutesy allyship pocket book,” says Dabiri knowingly. “Part of a current gravy train that I was jumping on. But in fact, I’m setting it up in the framework of the current moment, in order to unpack and challenge that method.” With that title and cover, she effectively trolled us all on an expert level. The instruction-like title directed at white people — like almost all of 2020’s anti-racist Instagram infographics — is a searing critique of allyship and how we’ve constructed anti-racism.

“One of the things I explore in the book is this idea that the ally’s needs are secondary,” says Dabiri. “One of the tenets of racism is not seeing the humanity in people, and the focus on interpersonal racism denies the humanity of those not racialised as white. This appeals only to a ‘white saviour type’ person who will be aroused by that dynamic, which is not the kind of personality that we can afford to build a movement on. Anything that further enshrines white saviorism isn't helpful.” Expecting white people to “give up their privileges” selflessly, in an almost transactional nature, is not only unrealistic and an oversimplification of racism, it is unhelpful and paralysing, too.

Instead, What White People Can Do Next focuses on the concept of coalition, which Dabiri emphasises is deeply rooted in history. “I just looked at the organising done in the past,” she says, citing the Combahee River Collective and the Black Panthers’ rainbow coalition under Fred Hampton. “It’s all there. People who are thinking strategically and deeply are talking about coalition. Conversations about allyship and interpersonal privilege are largely seen online, rather than in any movements that have any established track record of success.”

As in Dabiri’s debut, Don’t Touch My Hair, history remains essential in understanding the issues of the present. “The origins of race are intimately tied to the early period of capitalism,” she argues. “The racial construction was centred around inherent white superiority and Black inferiority … to justify the brutal exploitation and enslavement of millions of Africans and their descendants whose labour the colonial economies and eventually many Western economies were increasingly dependent on.”

This rigid concept of race also deliberately prevented coalitions forming between poorer white people, and the enslaved, she continues. “The people who came to be known as white and were also exploited, were taught not to see the humanity in other exploited racialised groups and to see their fate and fortune more in alignment with other white people — even if those white people were also oppressing them. The potential for class solidarity become completely eclipsed by the imposition of racialised identities. … Capitalism was very present in all of those decisions.”

Similarly, social media — the home for neo-liberal capitalist takes on race — comes under Dabiri’s rigorous critique. “Take Twitter, where outrage is incentivised, and quite emotive and reductive takes are rewarded,” she explains. It continues to undermine opportunities for coalition. “What I've seen again is this emergence of a form of identity politics where the boundaries are rigorously policed and everyone outside of an increasingly small in-group is seen as an enemy.”

'What White People Can Do Next'

Given how the book deviates from the prescriptive norms of the current conversation, Dabiri was nervous about the reaction it would receive at first. “I’ve been really encouraged and it’s made me feel that a lot of people felt the same frustrations that I felt,” she reflects happily. “The thirst for change is there.”

For me and many others, Dabiri’s manifesto is ultimately about hope — which brings us back to the flower-dotted cover. “That speaks to the hopefulness in the book and the idea of new growth, dispensing with a system that we’ve inherited from long-dead elite white men, and creating something new.” The ultimate reminder, if ever we needed it, to never judge a book (or its author) by a cover.