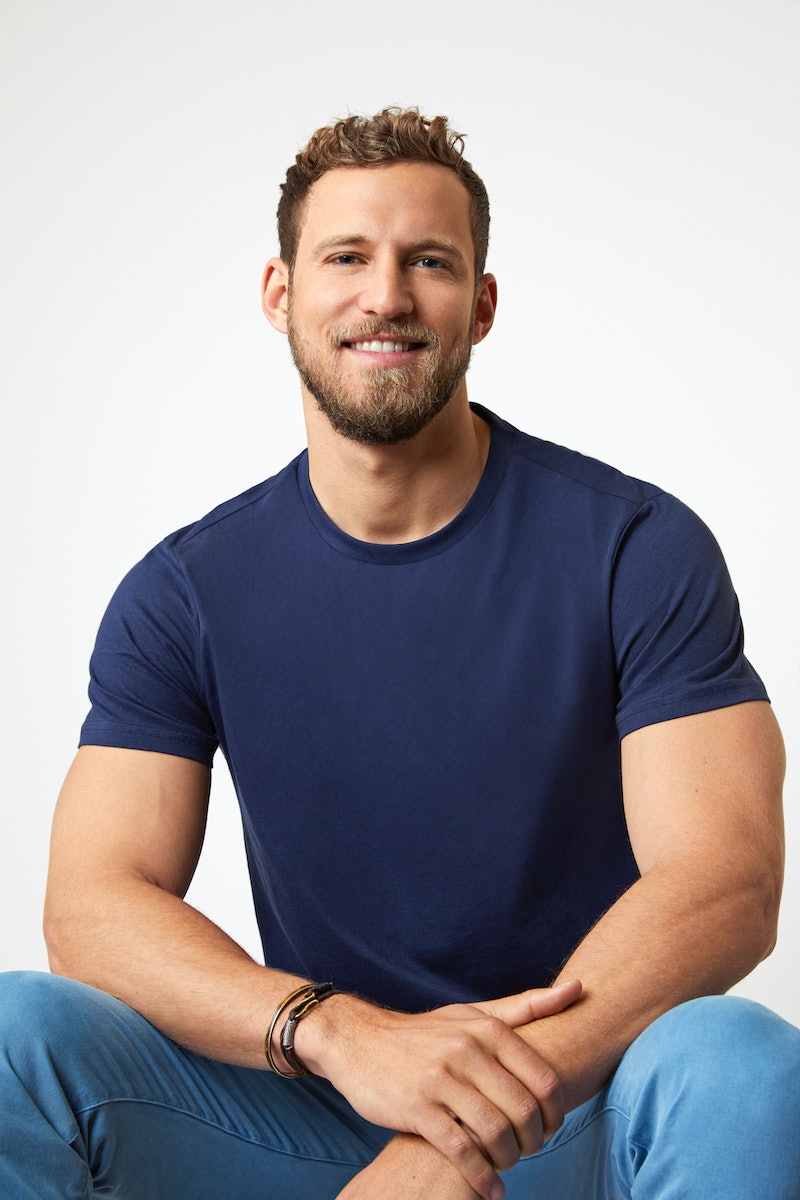 Bachelor fans may not know what first impression The Bachelorette Season 19 contestant Erich Schwer will make on Gabby Windey and Rachel Recchia, but he caught Jesse Palmer’s attention immediately. “I mean, I was impressed when he got out of the limo. Damn, who’s that?” the host joked during a June 7 “Meet the Men” TikTok Live. What was perhaps more striking was Erich’s “amazing mullet,” according to Palmer.

“Business in the front, party in the back all day. He wears it great,” the former Bachelor added, noting the retro hairstyle is difficult to see in photos. “He’s bringing it back. Really, in a time when the mullet needs prominence and respectability, that's kind of what Erich is doing.”

The 29-year-old real estate analyst isn’t the kind of guy to be “in your face” about how impressive his mullet is — or anything else for that matter. Praising Erich’s “strong, quiet confidence,” Palmer even hinted that the Los Angeles transplant is someone “you want to bring home to your parents.”

Regardless of whether he makes it to Rachel’s or Gabby’s hometown dates, here’s everything else to know about Erich before his Bachelorette journey begins.

In his ABC Bachelor bio, Erich describes himself as low-key, funny, outdoorsy, and a bit mysterious with a fun side — all of which is in his Instagram account. His active lifestyle could have something to do with why social media doesn’t seem to be a big part of Erich’s life. Before returning to Instagram to announce his Bachelorette casting on June 10, he hadn’t posted since August 2020. When Reality Steve revealed on March 23 that Erich would be one of the new Bachelorette contestants, he only had 692 Instagram followers. In the months after, his following grew to just under 2,000, which will undoubtedly increase exponentially when The Bachelorette premieres on July 11.

Erich’s small handful of recent posts reveals that he’s been riding motorcycles, surfing in Manhattan Beach, and, yes, still sporting a “faux mullet” (as one commenter referred to it) as recently as June 30. Earlier posts include traveling, skiing, biking, and fishing. Other fun facts about Erich are that he likes red and white wine, dreams of seeing the Northern Lights in person, and “has no interest” in going to an escape room.

After spending his freshman year at the University of Massachusetts Amherst, Erich transferred to North Carolina’s Elon University. He graduated in 2015 with a bachelor’s degree in marketing, per his LinkedIn page. While in college, Erich was part of Elon’s mentor program, advertisement club, and Sigma Chi. He began his career in the renewable energy sector shortly afterward as an executive search consultant, business development manager, and then in acquisitions in the Philadelphia and New York City areas. In November 2021, Erich left his job in New York City to accept a position as an acquisitions analyst at Rexford Industrial Realty, Inc. in Los Angeles. However, Erich listed his employment end date as March 2022 — i.e., around when The Bachelorette began filming — and hasn’t since listed any new jobs on LinkedIn.

What Erich Is Looking For

In relationships, Erich “acts with intention and is looking for the real deal,” according to ABC. His bio states, “The next time he commits, it's for the long haul.” As for his “perfect partner,” Erich is looking for someone who is “easygoing, selfless, and communicative.” While he says he doesn’t have a type, he’s most often attracted to taller women. (Palmer described him as being about 6’4” or 6’5”.) “He loves doing the unexpected and finds joy in making someone feel special,” Erich’s bio further states. “Above all, Erich hopes to find his best friend and someone with whom he can spend a lifetime of quality time.”