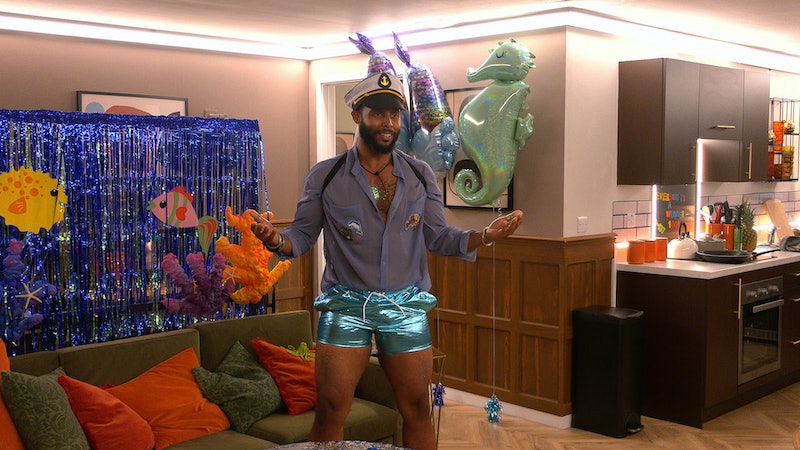 The fourth season of Netflix’s The Circle is already in full swing. The reality show that’s best known for its outsized cast members and social media antics is no stranger to adding atop that cast throughout each cycle. Season 4 is proving no different, as yet another late addition to the complex has arrived, and his name is Eversen Bevelle. However, it remains to be seen if Eversen’s delayed arrival will be to his advantage, or just put a target on his back.

If anyone can handle arriving late in the game, Eversen seems like a great candidate. He considers himself a “social catalyst” who can take “people from all walks of earth and [bring] them together through laughs and love,” as he told VoyageATL in 2020. Plus, he has the work experience to back up that claim. Here’s everything to know about Eversen, including his job, Instagram, and how he may play The Circle.

If you’re looking to hit the high seas, but only want to do so on a commercial-sized vessel with a niche Netflix celebrity, then a Carnival Cruise may be for you. According to Carnival Cruise’s official schedule Eversen “Dr. E” Beville is set to serve as a cruise director through May 16. At this point, he’s already a veteran, with 10 years with the company under his belt.

Eversen celebated that decade in a March tribute on Facebook. “10 years Carnival Cruise Line wow what a ride ! Sea what I did there,” he started. He thanked the cruise line and shared that he “wouldn’t trade [his] experiences for the world,” especially being able to “touch lives, impact hearts, bring smiles” to others. To conclude his post, he worked out the math for just how many people that would be, and he figures he’s made roughly 1.8 million passengers smile during his tenure.

There’s a lot of charisma that comes with being a cruise director; they’re chiefly responsible for making sure all the passengers enjoy themselves. They’re kind of like the ringmaster of a circus, being that they’re in charge of events, activities, shows, and the enjoyment of the patrons. This includes supervising everything from massive onboard productions to mainland tours, and it could pay off on The Circle.

In similar fashion to his Facebook account, on which he describes himself as a comedian, Eversen’s Instagram is proof that he’s an entertainer. That’s very apparent across his feed, whether it’s Eversen cracking jokes about baby fever or daylight saving time. He’s also a singer, having just dropped a tune titled “Good Morning,” which is available on both Spotify and Apple Music. If his entertainment stylings don’t do it for you, you can always stay for the fitness content, of which there’s a fair amount, including personal training sessions and guided workouts.

You can learn a little more about Eversen from his Voyage ATL interview. Evidently, Eversen got his start as an entertainer while working as a man-on-the-street reporter for a Dekalb County, Georgia, television station. From there, he began hosting blues and jazz festivals before working with Carnival. “This ride has been smooth. Everything I’ve done has been in the career I wanted it to be in,” he said. “Every role I found a place I’ve worked it’s because I went after it.” He also added, “Right now and always, I specialize in smiles and a good atmosphere.” All of which amounts to a career built on charisma and the ability to make people enjoy his presence. Needless to say, those are two assets that are invaluable to success on The Circle, but we’ll have to wait and see if anyone will try to take the wind out of his sails.