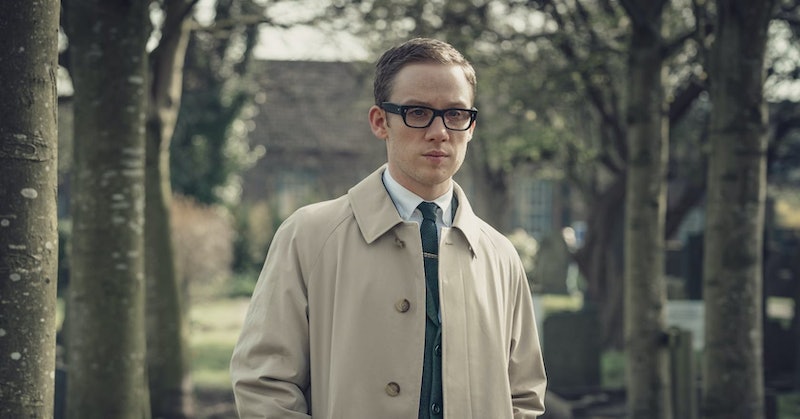 Brand new spy drama The Ipcress File is coming to ITV in the new year with the promise of an “enthralling” and “twist-laden” espionage plot.

Based on the globally successful spy novel by Len Deighton, the six-part series is expected to include a “rich cast of characters” including Peaky Blinder’s star Joe Cole as the iconic undercover agent Harry Palmer.

Set in Berlin and London during the 1960s, The Ipcress File promises a “stylish and tense tale of abducted scientists, brainwashing, inter- departmental rivalry, treason, and a possibly unwise romance,” per ITV. Penned by BAFTA-winning Trainspotting screenwriter John Hodge, the series already sounds like a must-watch. And ahead of the new drama’s release, here are all the details we know so far.

Does The Ipcress File Have A Release Date?

Filming for the new series started in Liverpool and Croatia in February this year, however, ITV has yet to announce a release date for The Ipcress Files. Bustle reached out to ITV to confirm, and the broadcaster anticipates the series will air in “winter 2022.” Unfortunately, there’s also no official trailer as of yet. Still, first-look pictures of Joe Cole as iconic spy Harry Palmer dressed in stylish sixties garb (think black turtlenecks, black-rimmed glasses, and a trilby) is enough to pique interest for the new series.

Who Has Been Cast In The Ipcress File?

As mentioned, Peaky Blinders and Gangs of London star Joe Cole will be taking the leading role of Harry Palmer in the new series. The actor posted a sneaky behind-the-scenes of The Ipcress file director’s board back in June and has since been posting photos looking like a classic spy on the back of U.S Army Harley Davidson Servi-Car from 1945 (not confirmed – but hoped – to be from the new drama).

What Is The Plot Of The Ipcress File?

In 1963, British army sergeant Harry Palmer (Joe Cole) finds himself in the newly-partitioned Berlin and begins work as a wholesaler, retailer, fixer, smuggler. However, the law eventually catches up with Harry and he finds himself sentenced to eight years in military jail back home in England.

However, per the ITV synopsis, “Harry’s impressive network and efficiency have not gone unnoticed, and a gentleman from British intelligence has a proposal. To avoid prison, Harry Palmer will become a spy. And the case on which he cuts his teeth will be The Ipcress File.”

The new agent eventually gets caught up in a dangerous undercover mission that “takes him from the Beatles’ London to the Berlin Wall, from the back alleys of Beirut to the white-hot sand of a Nuclear Atoll in the Pacific.”